12 Dessert Drinks for After Dinner 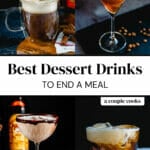 These boozy dessert drinks are best enjoyed after dinner! Pick from classic dessert cocktails like the Mudslide, Grasshopper, and more.

There are aperitifs before a meal, and cocktails meant for drinking with food. There are slow sippers meant for a night cap. But a whole other category of cocktails is dessert drinks! These beverages aren’t just sweet: they’re rich and creamy, designed for slow sipping after dinner. Sometimes they’re chocolate flavored, or they’ve got a hint of coffee or fresh mint. The next time you look for dessert ideas: think about cocktails!

Here are all the best dessert drinks to add to your repertoire! Most of them are time-tested classic after dinner drinks, from the Mudslide to the Brandy Alexander to the bright green Grasshopper. Grab your sweet liqueurs and let’s get mixing!

And now…the top dessert drinks and cocktails for after dinner! 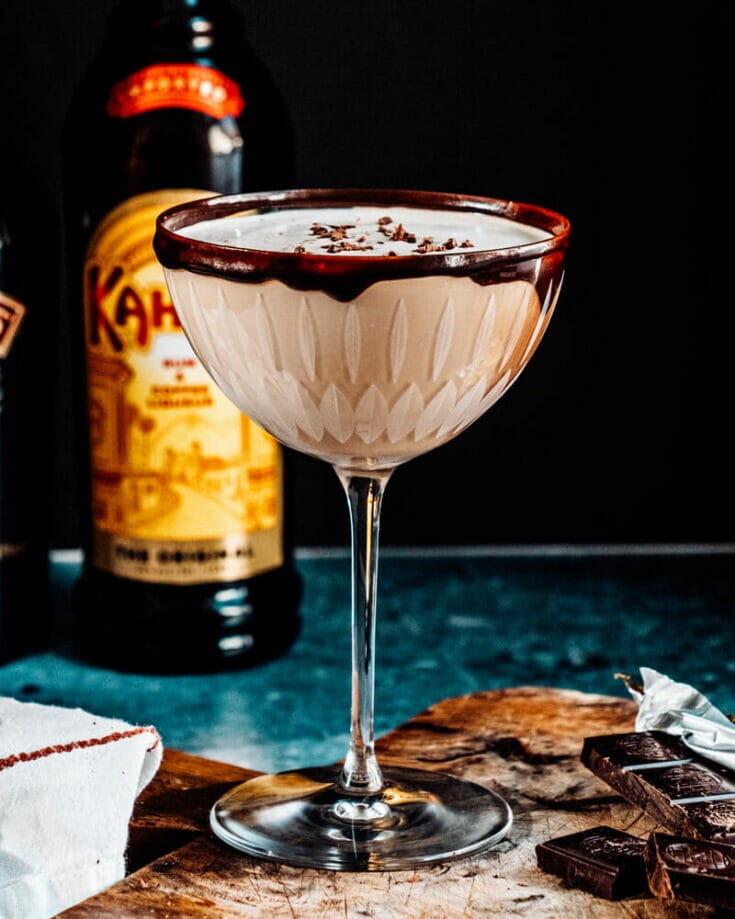 One of the most iconic dessert drinks of them all is the Mudslide! Ever had a classic Mudslide? It couldn’t be more sophisticated…and delicious! This cocktail is shaken with coffee liqueur and Irish cream and served up in a cocktail glass. It’s more than a glorified milkshake: it’s classy and full of intrigue! Of course, you can make it frozen-style too: blend it up with vanilla ice cream.

Invented in: Mid-1970’s, on Grand Cayman Island at a bar called Wreck Bar 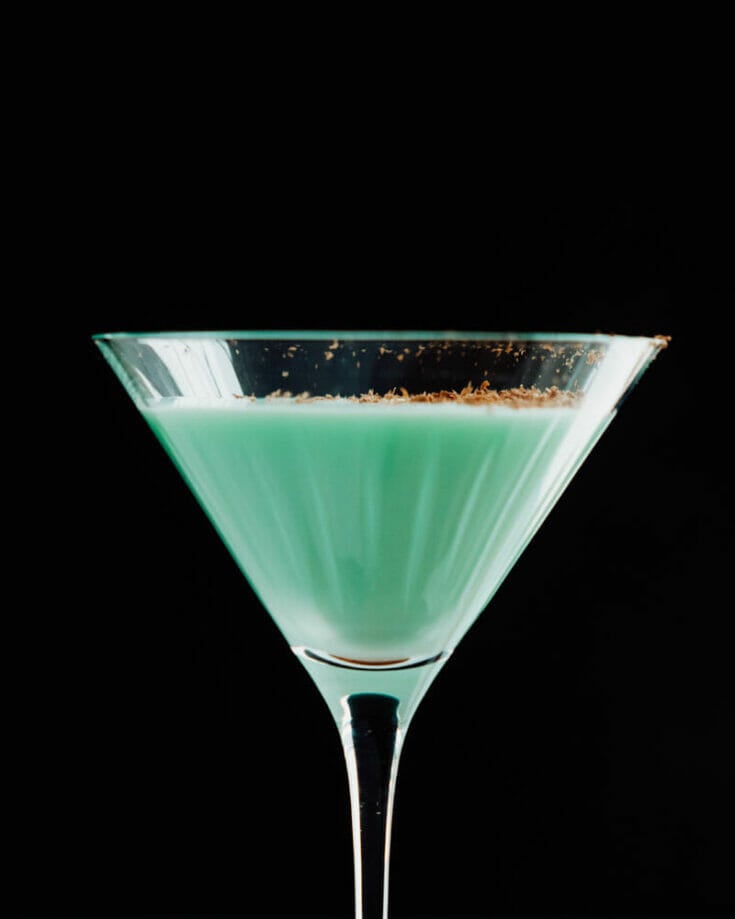 It’s glowing green, it’s rich and creamy, and it’s delightfully mint chocolate. Yes, it’s everyone’s favorite dessert cocktail: the Grasshopper! Turns out, this classic cocktail has more history than you’d expect: it dates back to 1918. The traditional version of this drink doesn’t call for ice cream, either. Just like the Mudslide, its original form was not a boozy milkshake! Shake this classy, creamy after-dinner drink in a cocktail shaker and strain it into a martini glass.

Invented in: 1918 at Tujague’s bar in New Orleans 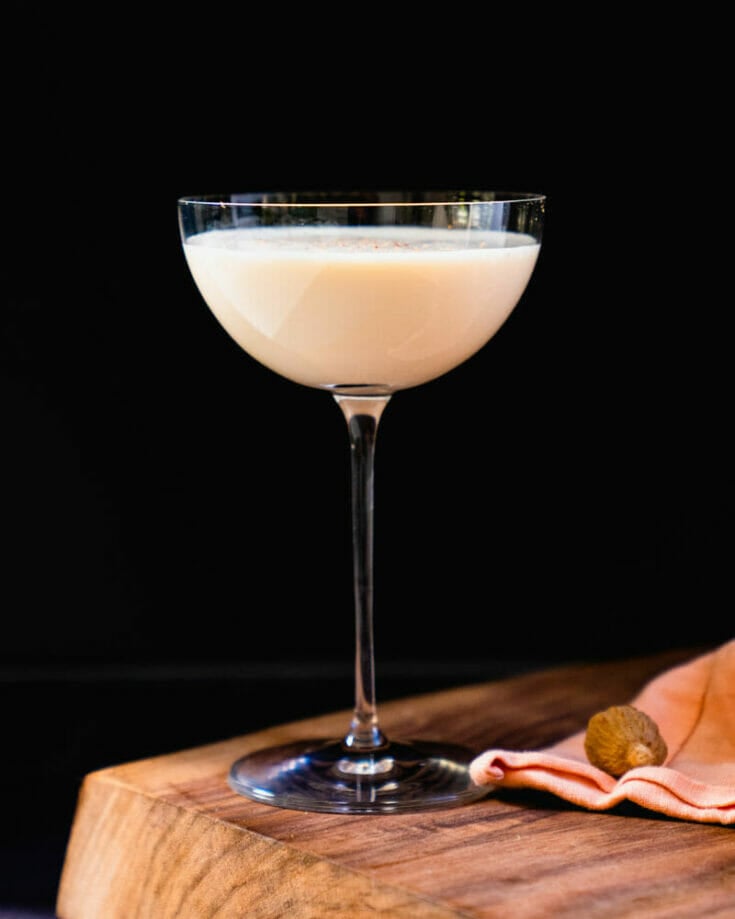 Want to mix up a Brandy Alexander? This dessert drink is easier than you think…and a creamy, boozy delight. It's equal parts creamy, intriguing, and delicious: a mix of Cognac with cocoa liqueur. It’s almost like a grown up version of the White Russian…and we’re here for it!

Invented in: First printed recipe was in a 1916 cocktail book, The History of Mixed Drinks by Hugo Ensslin 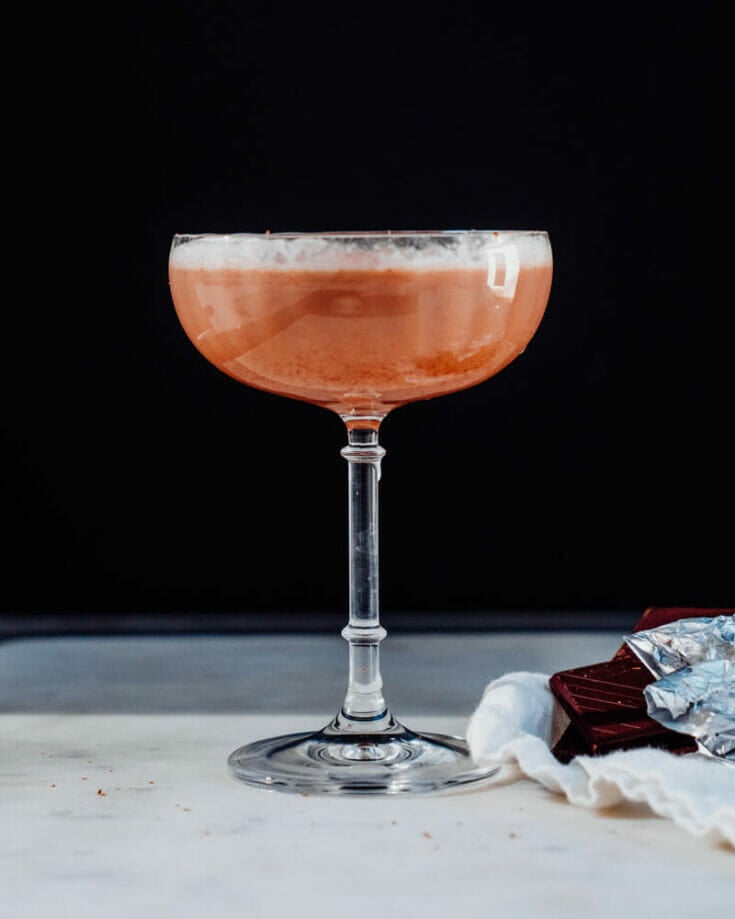 Looking for a dessert cocktail to please a chocoholic? Try this Chocolate Martini! This drink is rich and creamy, basically a dessert in a glass. It’s got Irish cream and creme de cacao for maximum flavor, like the liquid version of your favorite chocolate bar. Mix this up for special occasions like Valentine’s Day or a romantic dinner…or just anytime you need a sweet treat in cocktail form.

Invented in: 1955 by Rock Hudson and Elizabeth Taylor 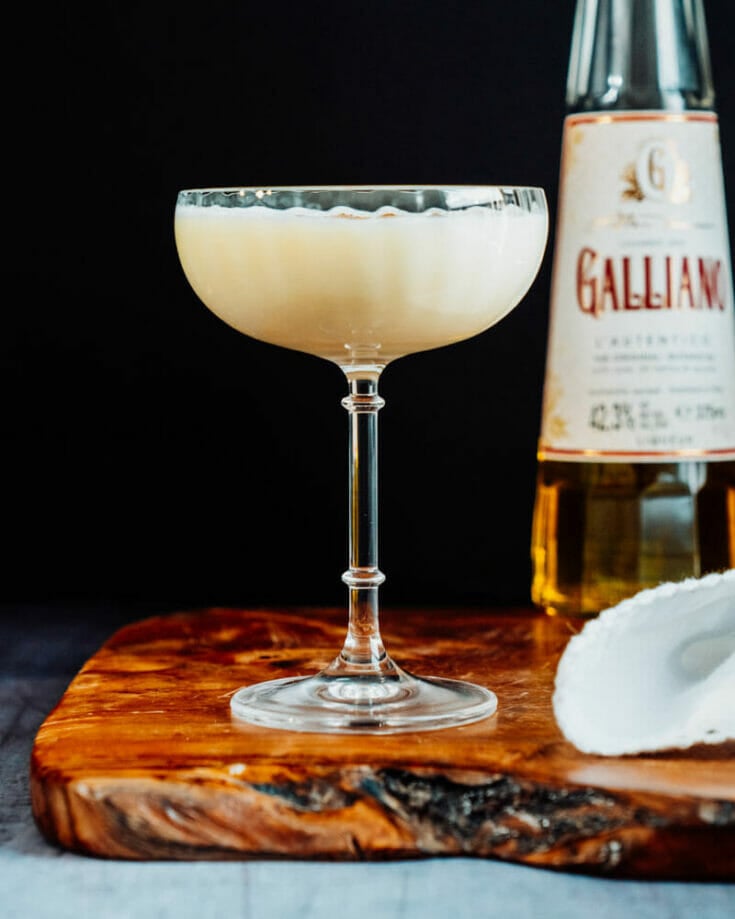 Some drinks are a cut above the rest: and this one is worth a taste. Ever tried a Golden Cadillac? This pale yellow after dinner drink blew us away with its creamy, complex flavor! The name sounds a bit 1950’s (and it is), but we think this retro cocktail deserves a place among the greats. One sip and it’s herbal, creamy, and lightly chocolate, with hints of anise and nutmeg. It’s a little like a Brandy Alexander…but maybe even better.

Invented in: 1952 at Poor Red's restaurant in El Dorado, California. The bartender created the drink for a couple who just got engaged, who named it after their new Golden Cadillac parked outside. 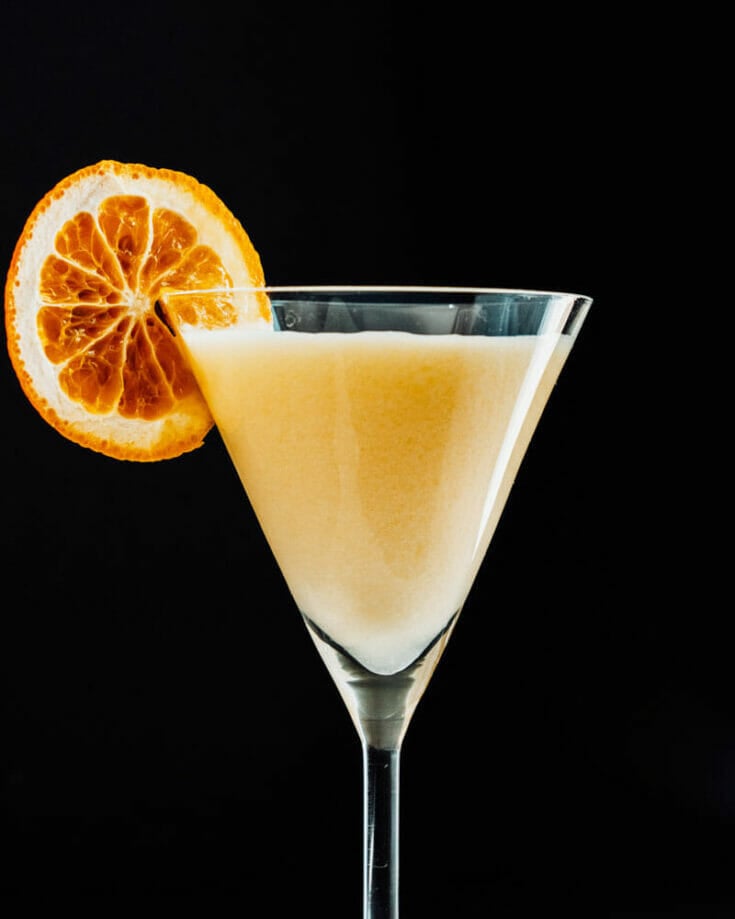 Here's a creamy after dinner drink you need in your life: the Golden Dream! This classy cocktail was popular in the 1960's and 70's, and we think it's time for a reprieve. One sip and you'll be instantly intrigued: in fact, it tastes like a boozy Creamsicle! It's creamy with a strong orange flavor: and the finish isn't too sweet, with subtle notes of herbs, licorice and vanilla.

Invented in: 1960's in Miami by Raimundo Alvarez 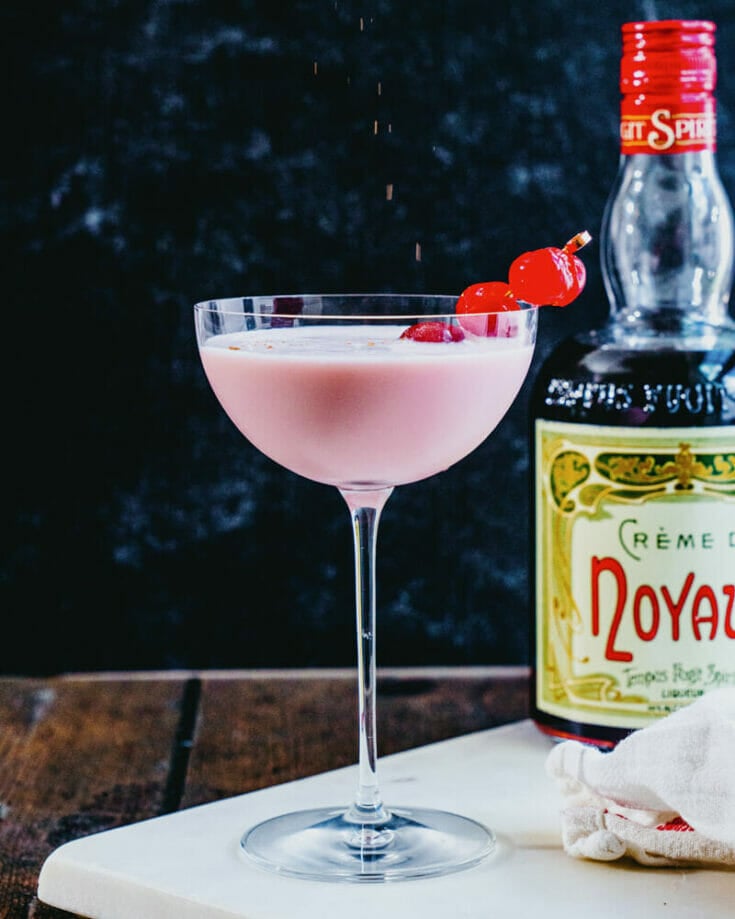 When it comes to retro cocktails, there’s no after dinner drink more unique than the Pink Squirrel! This candy colored drink is a total indulgence. Creme de noyaux liqueur gives it the delicate pink color and an almond essence. It’s a bit of a specialty splurge, but it's absolutely worth it for the melted ice cream flavor.

Invented in: 1940’s in at Bryant’s Cocktail Lounge in Milwaukee, and often served at Wisconsin supper clubs in the 1950’s 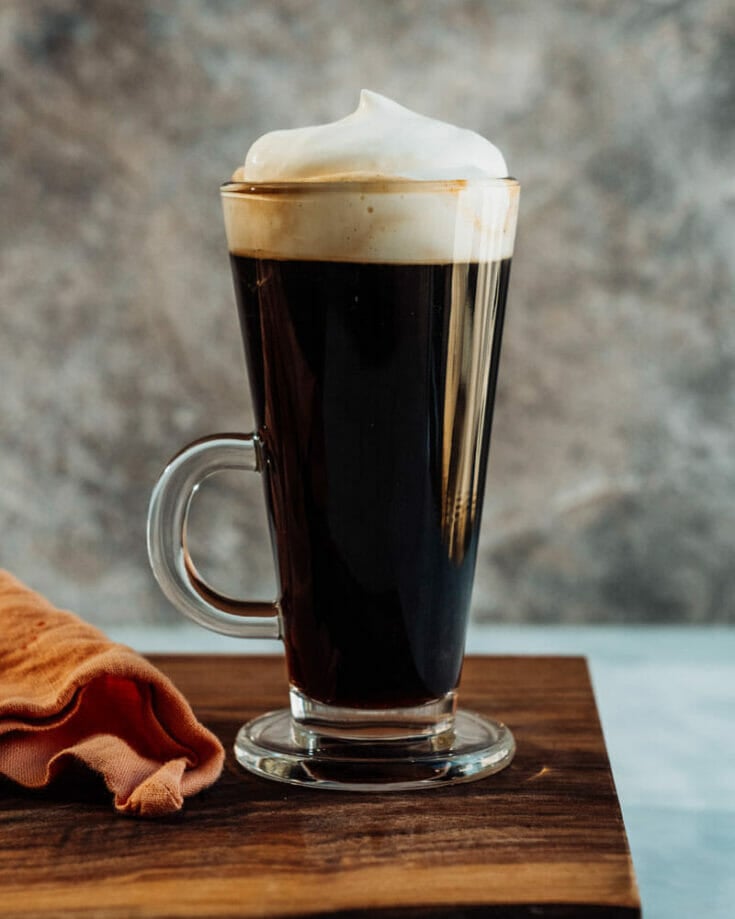 Love booze in your coffee? Let’s make Irish coffee! There’s nothing more soul warming than that classic combination of bitter coffee, buttery whisky and frothy whipped cream. After making 200+ cocktail recipes, this is one that stands out. There are infinite variations on the spiked coffee theme, too. Also try Kahlua Coffee or Amaretto Coffee. 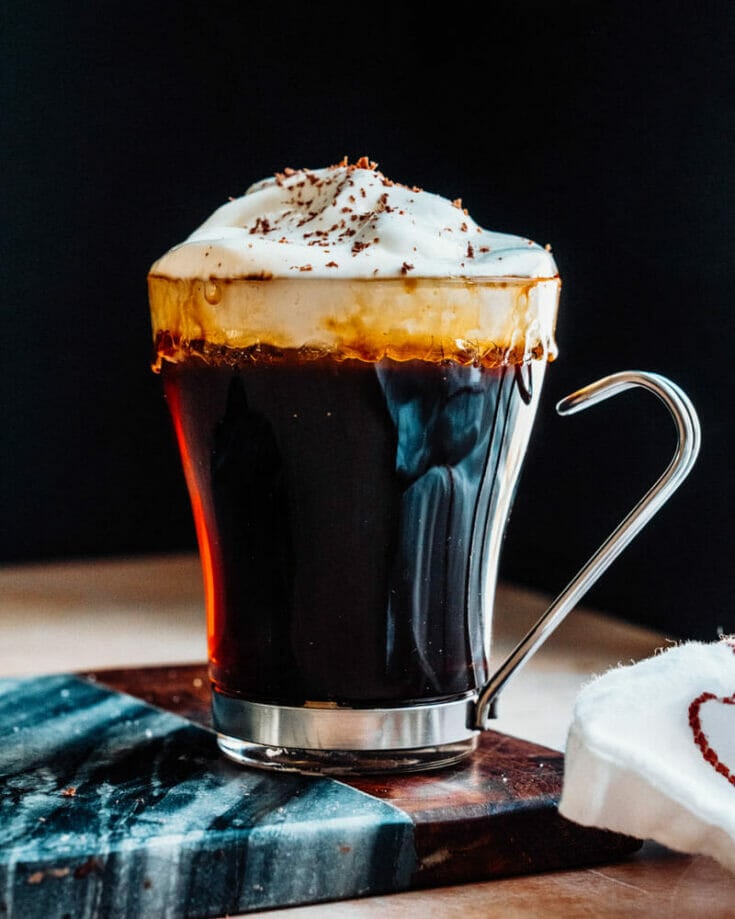 Have you tried the revelation that is Spanish coffee? It’s actually an American spin on a Spanish concept of spiked coffee (carajillo). But this drink is extra-special. It’s got a caramelized sugar rim and is spiked with Kahlua, rum, and orange liqueur…and topped with hand-whipped fluffy whipped cream! The burnt caramel, citrus, bitter coffee and sweet cream all combine into a literal symphony of flavor. 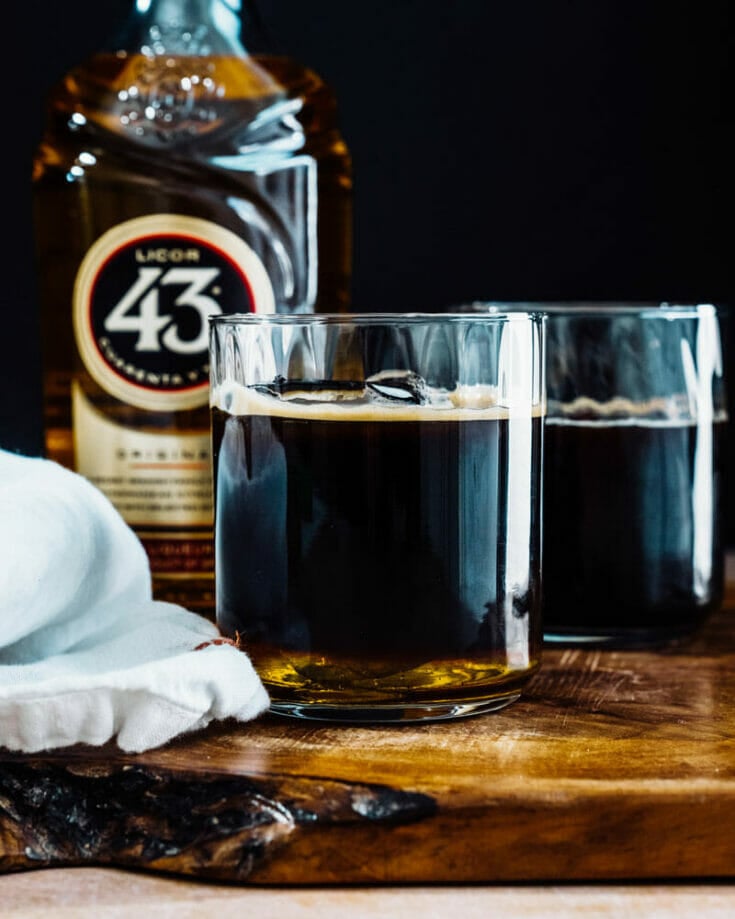 Here’s a delicious dessert drink: the Carajillo! This cocktail is popular in Spain and Latin America, but it’s probably most famous in Mexico where you’ll find it made with Licor 43. One sip and you’ll taste sweet vanilla, chocolate and citrus notes from the Licor and the bitter, rich notes of the coffee. It’s truly a match made in heaven! There’s Irish coffee, amaretto coffee and Kahlua coffee…but our favorite might be this one.

Here's a dessert drink that takes 2 minutes to make and hits the spot in any season: the White Russian! This cocktail mixes vodka with coffee liqueur and cream in a decadently creamy, searingly sweet beverage. Perhaps you know it from the 1990’s movie The Big Lebowski, but this drink has been around since the 1960’s. It’s a total treat, and couldn’t be easier to make. 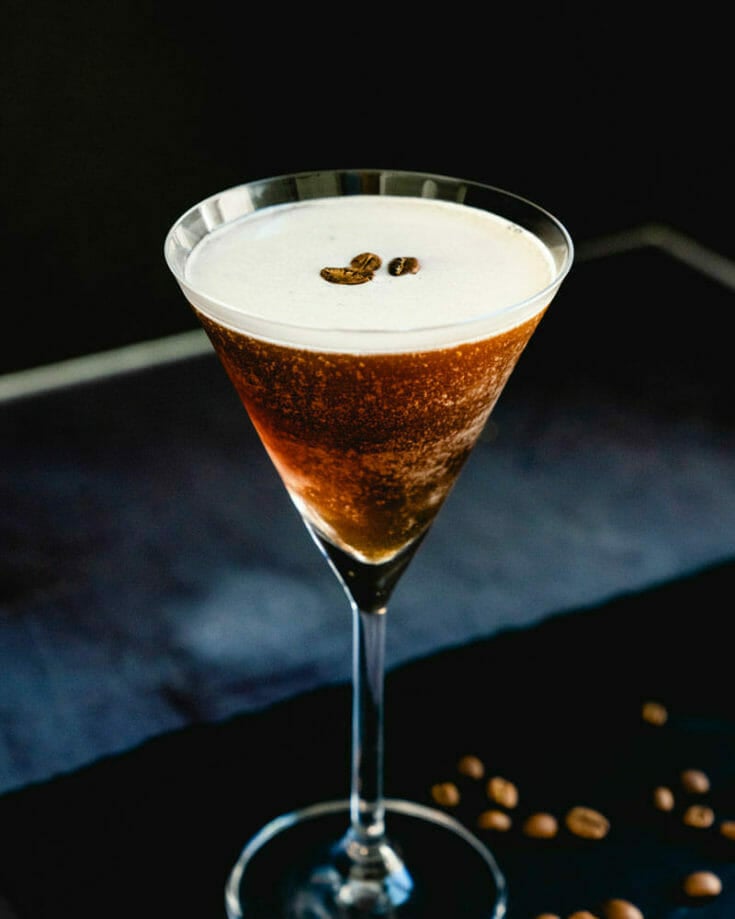 Last up in our dessert drinks...another coffee-flavored delight: the Espresso Martini! This one is an ideal pick-me-up for a lazy afternoon or an after dinner drink…it even doubles as dessert! Bittersweet coffee pairs perfectly with the rich sweetness of Kahlua. Add vodka and the trio makes a full-flavored sophisticated drink that tastes like much more than the sum of its parts. It’s cool, frothy, and just sweet enough. Watch out: these go down easy.

Invented in: 1983 at the Soho Brasserie in London

Here’s how to make a mudslide: the real way! This mudslide recipe makes the classic drink starring vodka, Kahlua and Irish cream.