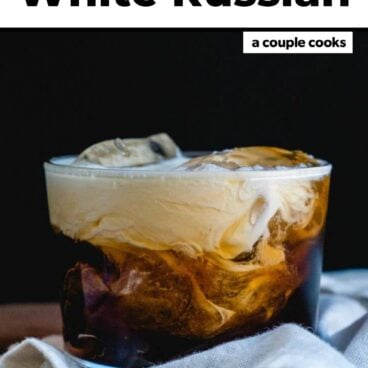 Here’s how to make a White Russian! This classic cocktail starring vodka and Kahlua hits the spot anytime and in any season. Here’s our White Russian recipe, ingredients, and the history of the drink.

Here’s a drink that takes just 2 minutes and hits the spot in any season: the White Russian! This cocktail mixes vodka with coffee liqueur and cream in a decadently creamy, searingly sweet beverage. You may know it from the 1990’s movie The Big Lebowski, but this drink has been around since the 1950’s. It’s a total treat, and couldn’t be easier to make! Here’s what you need to know to make the best White Russian around.

What is a White Russian?

The White Russian is a cocktail made with vodka, heavy cream, and coffee liqueur. It’s a variation on the Black Russian, which mixes coffee liqueur and vodka. The Black Russian cocktail stems back to 1949, when it was created for the American ambassador to Luxembourg in a hotel bar in Brussels (here’s more about that). So the drink is not Russian in origin: it was simply named for the vodka!

Adding cream to make the White Russian cocktail began in 1955 in Oakland, California. It gives the drink a creamy mouthfeel and a richness that’s almost like latte. The White Russian exploded in popularity due to the 1998 cult-classic movie The Big Lebowski. After seeing the main character, “the Dude,” down drink after drink, you’ve got to try it for yourself.

This White Russian recipe is a three ingredient drink that’s beyond simple to make. It’s one of those cocktails you can build in the glass: no cocktail shaker or mixing glass required! The White Russian ingredients are:

How to make a White Russian

Want to mix up this drink recipe to impress guests? Here’s how to make a White Russian:

Want to make a lighter version of this White Russian recipe? Use 2% milk or whole milk. Here are the pros and cons to using milk in this classic drink recipe:

About Kahlua and coffee liqueur

Kahlua carries most of the magic in this White Russian. But what actually is it? Here’s what to know about this coffee liqueur and other types you can use:

Best vodka for a White Russian

A rule of thumb for vodka in a White Russian? Use a mid-priced vodka: avoid very inexpensive or high-end vodka. Why? The Kahlua and cream are very strong and easily overpower a great vodka. But you don’t want to go too bottom shelf: low quality vodka can ruin the drink. Avoid vodka that is very cheap ($10 to $15 per 750 ml bottle range). Brands like Tito’s and Smirnoff work well here, as well as other mid range brands like Grey Goose.

The White Russian is sweet and creamy! It works before dinner, after dinner, or anytime in between. There are several famous variations on the classic White Russian. Here are all the drinks in the family: 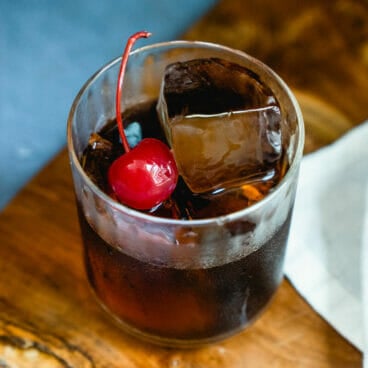 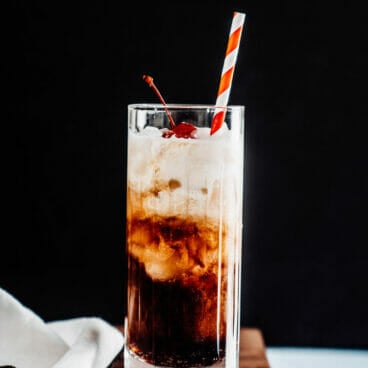 Here’s how to make a White Russian! This classic cocktail recipe starring vodka and Kahlua hits the spot anytime and in any season.

The White Russian is a well-known vodka cocktail, one of many tasty drinks with this spirit! Here are a few more vodka cocktails to add to your collection: