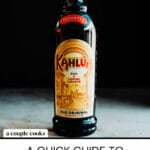 Kahlua is everyone’s favorite coffee liqueur! Here’s what to know about this Mexican liquor and the best ways to use it.

It’s rich, bittersweet, and it tastes like sweetened coffee. It’s everyone’s favorite coffee liqueur: Kahlua! This Mexican liquor stems back to the 1930’s, and is the key to famous drinks like the White Russian and Mudslide. What’s it made of, and what are the best ways to use it? We’ve got answers. Here’s what you need to know about this popular coffee liqueur!

Kahlua is a coffee liqueur that’s made in Veracruz, Mexico with rum, sugar, vanilla bean, and coffee. It was invented in 1936 by Pedro Domecq. Contrary to what you might think, there’s no dairy! Kahlua is dark brown in color and not creamy at all, though many popular drinks that use it add cream.

Kahlua became popular after the invention of the Black Russian in 1948, and then the spin on it the White Russian in 1955. These classics catapulted Kahlua into the spotlight throughout the 1960’s and 1970’s. In 1980, it became the number one selling coffee liqueur worldwide.

Note: While it’s dairy-free, Kahlua is not 100% vegan; one of the company’s suppliers uses a sugar refining process that is not vegan friendly.

Kahlua has a full-bodied, rich and sweet flavor. It tastes strongly of coffee, with notes of vanilla and caramel on the finish.

How much alcohol is in Kahlua? Kahlua is 20% ABV (alcohol by volume), so it is relatively low in alcohol. Compare it to 40% ABV like whiskey, rum, vodka and gin.

Are there any substitutes? You can substitute any other coffee liqueur: the most popular substitutes are Tia Maria and Sheridan’s.

Kahlua is part of the historical cocktail lexicon, and we’re here for it! It’s very sweet, so use it sparingly. Famous for after dinner drinks like the White Russian and Mudslide, it’s also great as a shot in Kahlua coffee.

Compared to other liquors, Kahlua is mid-priced. It costs about $20 per 750 ml bottle. The shelf life of Kahlua is 4 years, so you’ve got a long time to use it.

Kahlua can be drunk on the rocks, but it’s best known for its use in drinks! It features in many great cocktails, most of them after dinner drinks. 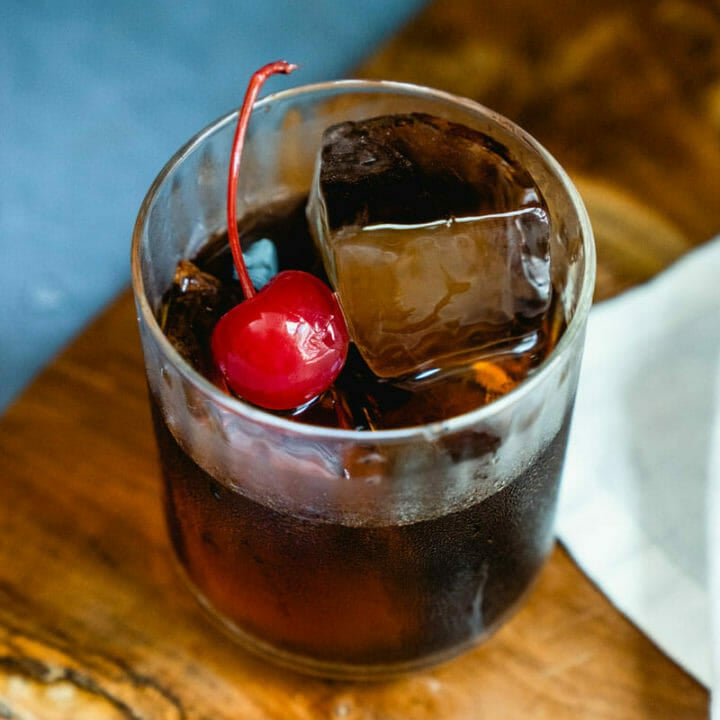 The Black Russian is the original Kahlua cocktail: just vodka and Kahlua! It's lesser known than the White Russian, but we might even like it a little better.

History: Invented in 1949, it was created in a hotel bar in Brussels for the American ambassador to Luxembourg. The drink is not Russian: it was named for the vodka and the dark color of Kahlua.

This classic hits the spot in any season: the White Russian! This cocktail mixes vodka with Kahlua and cream in a decadently creamy, searingly sweet beverage. Perhaps you know it from the 1990’s movie The Big Lebowski.

History: Adding cream to a Black Russian started in 1955 in Oakland, California. 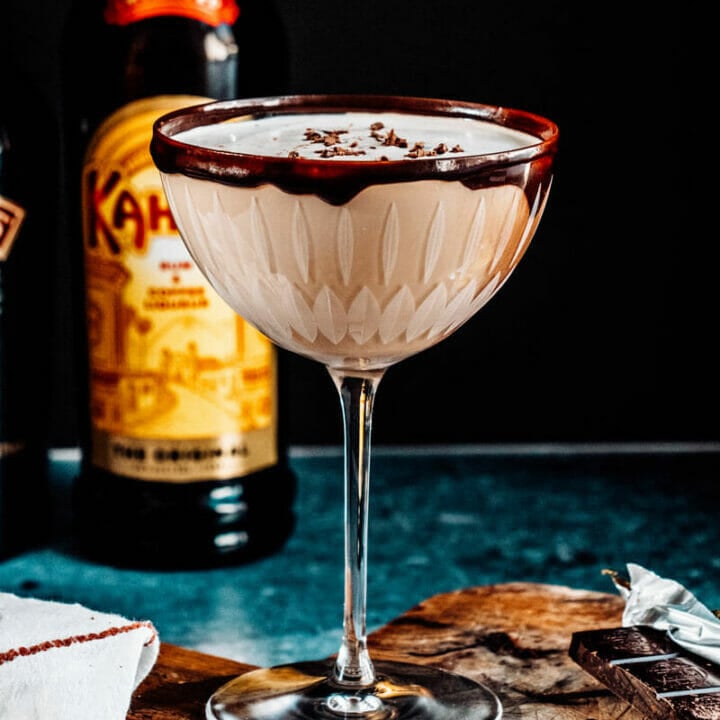 The classic Mudslide isn't a boozy milkshake! It's shaken with Kahlua and Irish cream and served up in a cocktail glass.

History: The Mudslide was invented in the mid-1970’s on Grand Cayman Island at a bar called Wreck Bar. 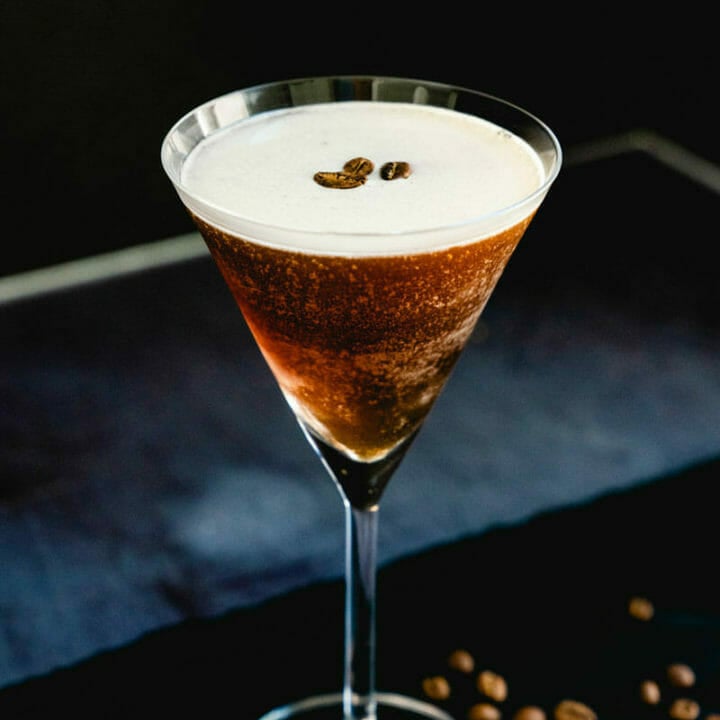 History: Invented in 1983. A bartender at the Soho Brasserie in London named Dick Bradsell created the drink for a patron who asked for a drink to wake her up.

This Mexican coffee liqueur is also included in the following drinks:

Here’s how to make a mudslide: the real way! This mudslide recipe makes the classic drink starring vodka, Kahlua and Irish cream.

Here are a few more guides to liqueurs, spirits and mixology: