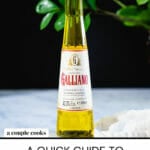 Galliano is a yellow herbal Italian liqueur with a nuanced vanilla flavor that makes cocktails go from good to great! Here’s how to use it.

It’s bright yellow, it’s beautiful, and it tastes divine: it’s Galliano liqueur! This Italian liquor rose to popularity in the 1970’s with the Harvey Wallbanger. But there’s so much more to it than a mixer for vodka and OJ! The sweet, nuanced flavor of vanilla, anise, juniper, and cinnamon adds an herbal complexity to any cocktail. This liqueur spawned several classic cocktails and deserves a spot in your collection, we think. Here’s more about it, when to use it, and the most popular cocktails that star this tasty liquor.

Galliano L’Autentico is a bright yellow, sweet herbal Italian liqueur. It’s made with a blend of 30 herbs, spices and plant extracts, and was invented in Tuscany, Italy since 1896. Its inventor, Arturo Vaccari, named it after Giuseppe Galliano, an Italian officer of the Royal Italian Army. Vaccari decided to make the liqueur gold in color to honor Italians traveling to California for the gold rush in the 1890’s.

Galliano liqueur is sweet with a very complex flavor. It has strong notes of vanilla and anise, and subtler tone of juniper, peppermint, lavender, and cinnamon.

Are there any substitutes? Galliano is a unique liqueur that’s worth seeking out. In a pinch, you can use Licor 43, a vanilla-flavored Spanish liqueur that’s popularly used in a carajillo.

Galliano adds a sweet intriguing vanilla and licorice finish to any drink it touches. We weren’t expecting to like it as much as we do! The Golden Cadillac, Golden Dream, and Yellow Bird are must-try cocktails in our opinion.

Confession: we weren’t alive in the 1970’s, so we don’t have any of the retro baggage related to this ultra-popular liqueur. While it has since faded in popularity, we think it deserves a revival.

Galliano is fantastic straight as a digestif after a meal. It also features in many several cocktails, most of them after dinner cocktails. 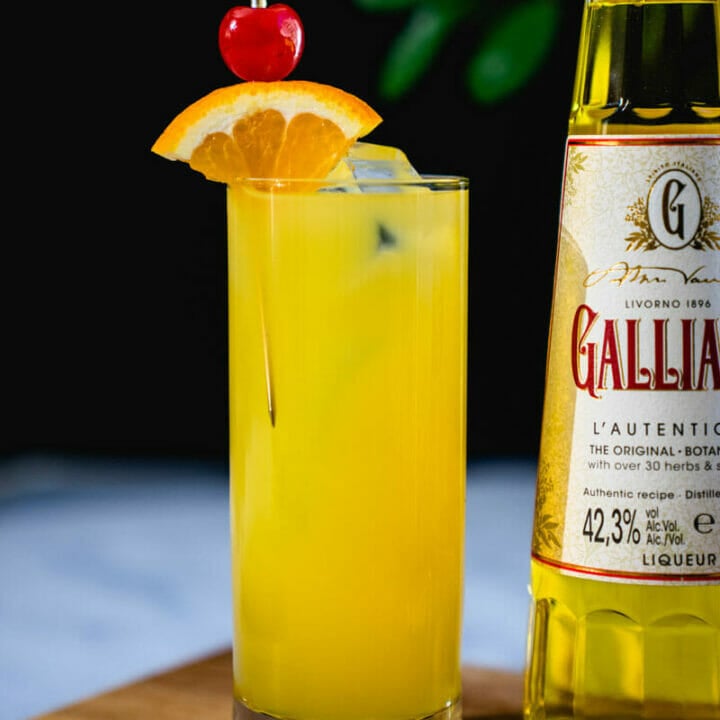 History: In the 1960’s, the company that imports Galliano liqueur hired a man to create a cartoon of Harvey Wallbanger to sell the drink. The image of the colorful, anxious-looking surfer dude caught on and helped the drink become massively popular in the 1970’s. 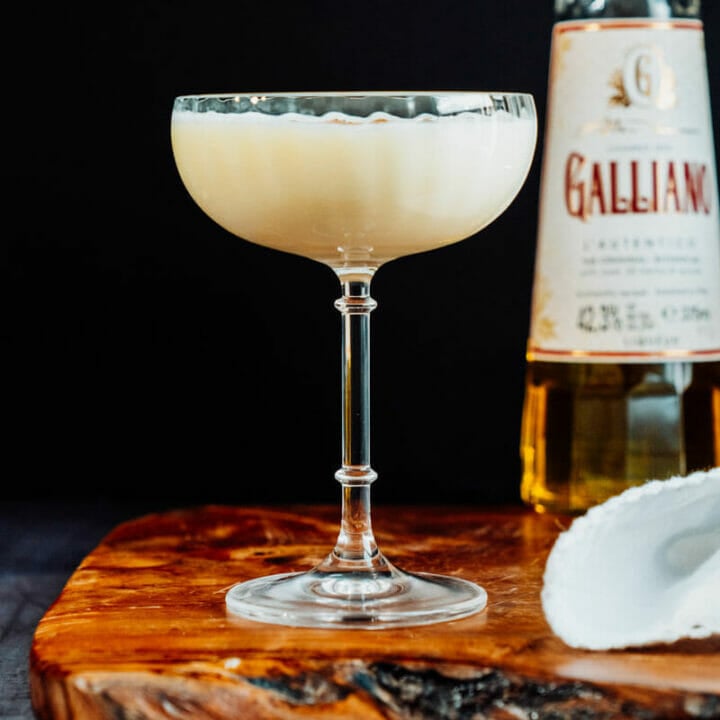 This pale yellow after dinner drink will blow you away with its creamy, complex flavor! One sip and it’s herbal and lightly chocolate, with hints of anise and nutmeg.

History: The story goes that it was invented in El Dorado, California in 1952 at a restaurant called Poor Red’s. The bartender created the drink for a couple who just got engaged, who named it after their new Golden Cadillac that was parked outside. 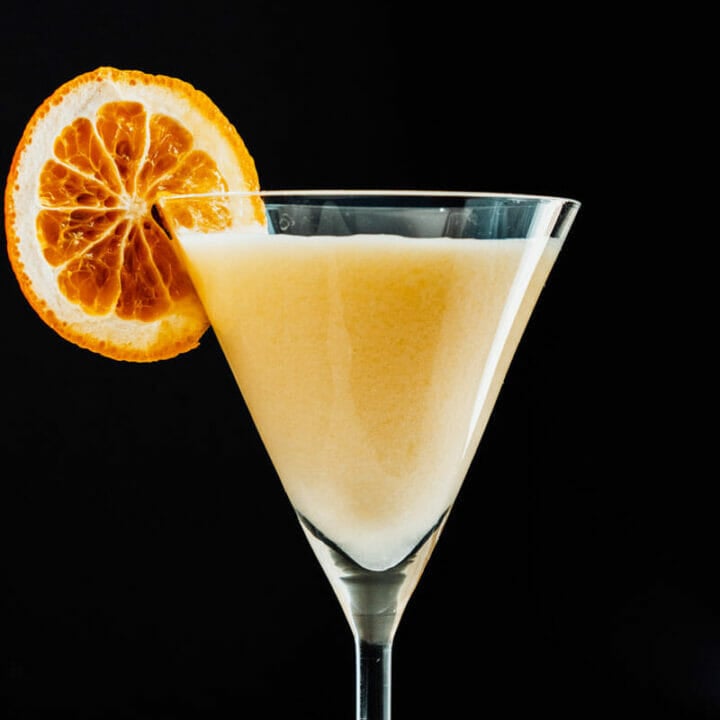 This classy cocktail was popular in the 1960’s and 70’s, and we think it’s time for a reprieve. One sip and you’ll be instantly intrigued: in fact, it tastes like a boozy Creamsicle!

History: It was invented in Miami by Raimundo Alvarez sometime in the 1960’s, and it was dedicated to actress Joan Crawford at some point. 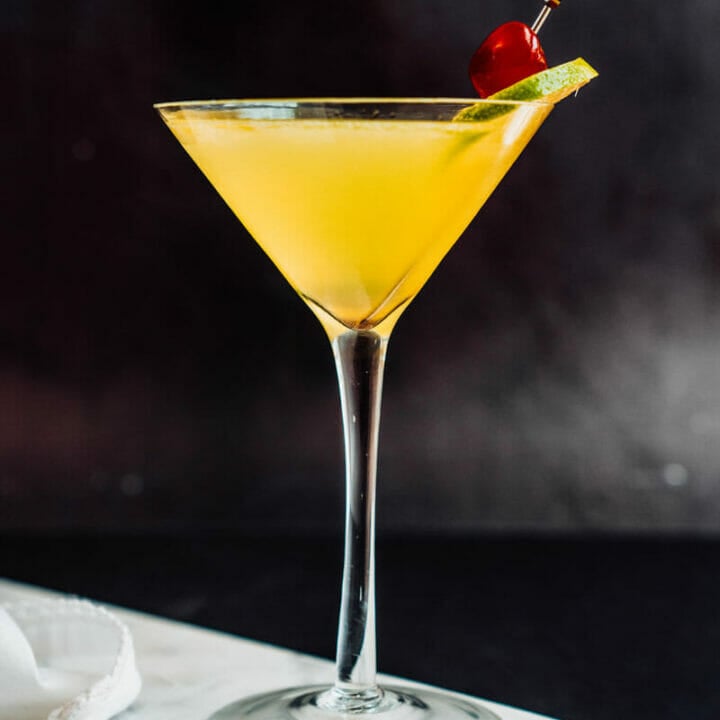 Here’s a tasty sweet and sour cocktail that’s uniquely delicious: the Yellow Bird cocktail! This bright yellow drink is a sour cocktail with a little extra bling: a nuanced finish with notes of vanilla and licorice.

The most popular Galliano cocktail? Try the Harvey Wallbanger, a recipe that’s a sophisticated spin on the Screwdriver.

Wondering what Campari is? Or St Germain or Chartreuse? Here are a few more guides to cocktail and mixology: