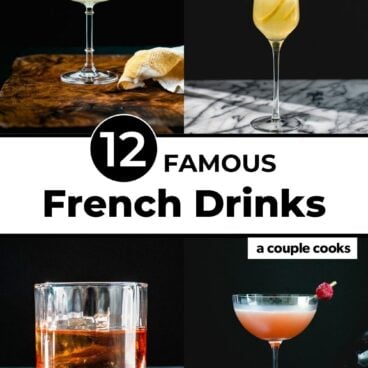 These French drinks, cocktails and liqueurs hail from France…with a few fun twists that are French in name only!

Want to be transported to France without leaving your doorstep? (We do.) Try these French drinks, cocktails, and liqueurs! There are loads of delicious ways to mix up drinks that hail from this beautiful country, from bubbly champagne cocktails to modern twists with French liqueurs. The list we’ve put together here features French drinks of a few major types:

And now…French drinks, cocktails and liqueurs to try! 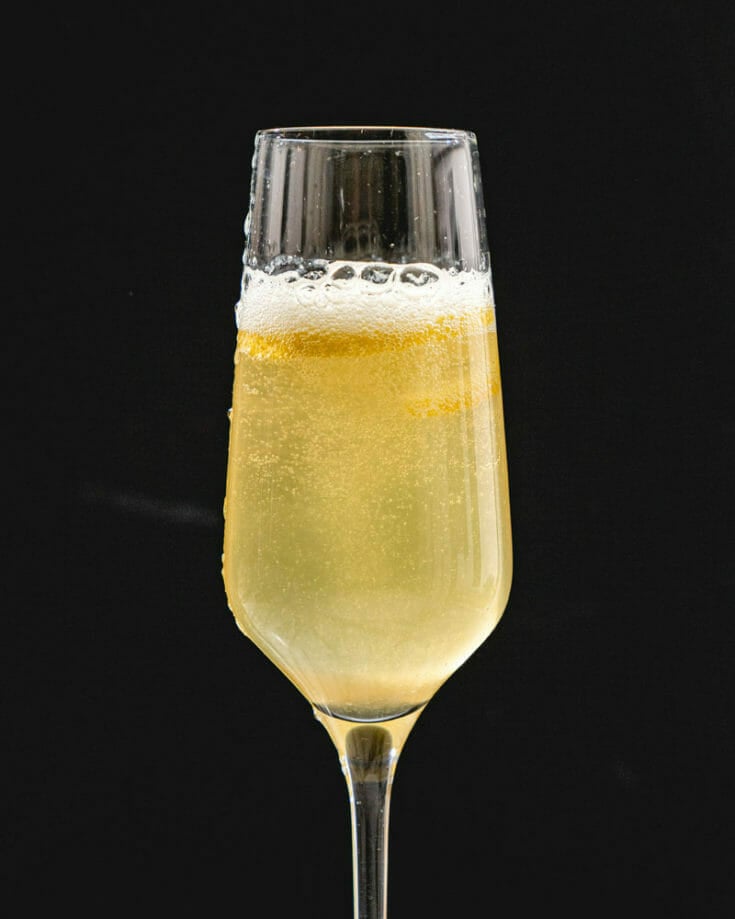 First up: a French drink invented in Paris: the French 75! This classic champagne cocktail is tangy, bubbly, botanical and refreshing. Most sources say that it was invented in 1915 at the New York Bar in Paris. It got this name because it was as powerful as a French 75mm field gun. 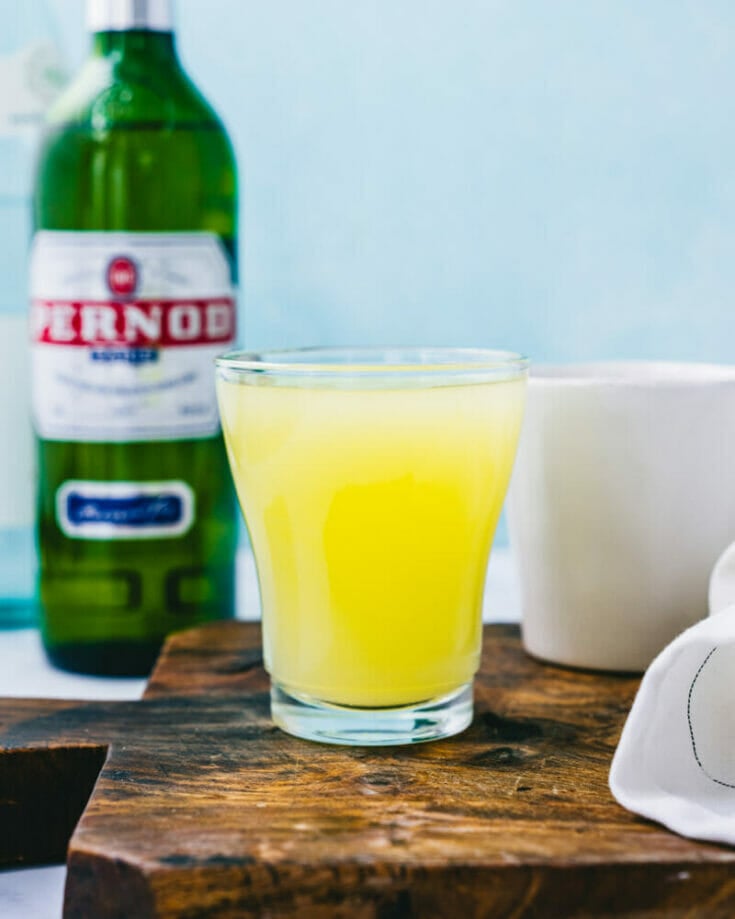 Here's a classic French drink that transports you straight to France: the Pastis! You can use Pastis or Pernod, two anise-flavored liqueurs from France. The French dilute it with water so that it becomes beautifully cloudy and almost iridescent yellow. It’s sophisticated and refreshing: like drinking ice cold black licorice. 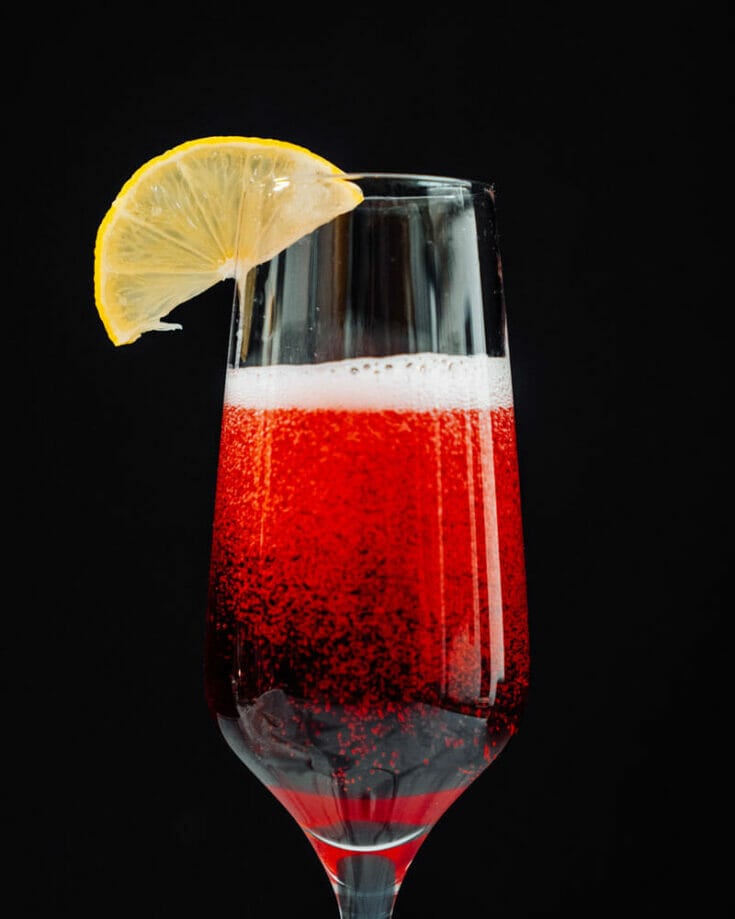 A Kir Royale is a French cocktail made with creme de cassis, a black currant liqueur, and Champagne. It’s a variation on the Kir, the same drink made with white wine. Named after priest Félix Kir, a hero of the French resistance during World War II, it became popular all over France and more recently, around the world. 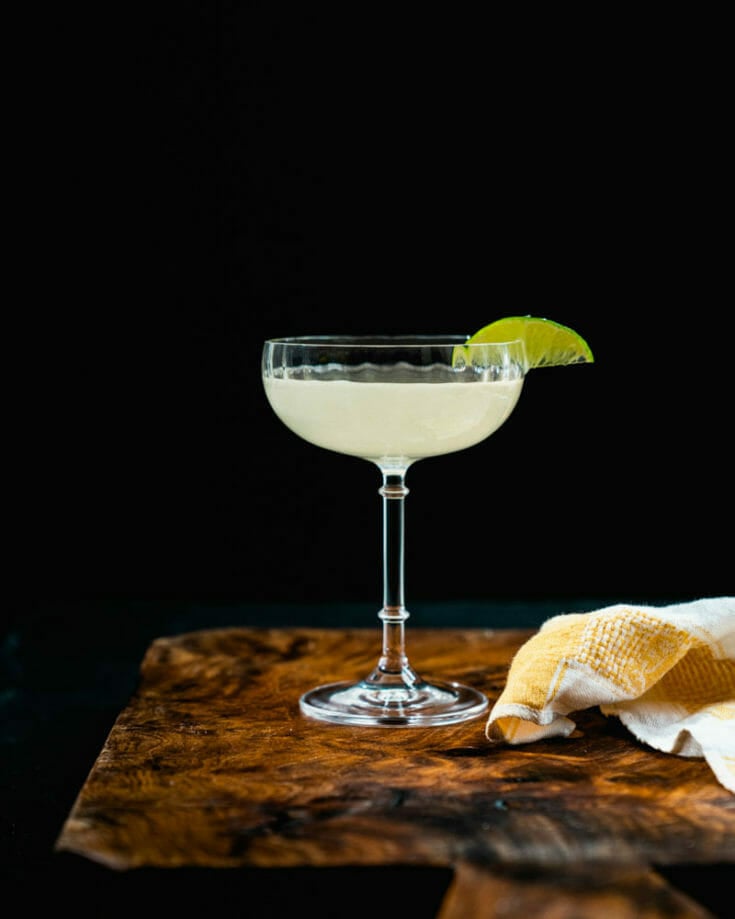 Now for some drinks that are French in name only. A French gimlet is not authentically French: it's simply a gin gimlet made with elderflower liqueur! The gimlet is a classic cocktail made of 2 parts gin and 1 part lime juice, often balanced with a little simple syrup. A true 1920’s cocktail, it can be made with gin or vodka. 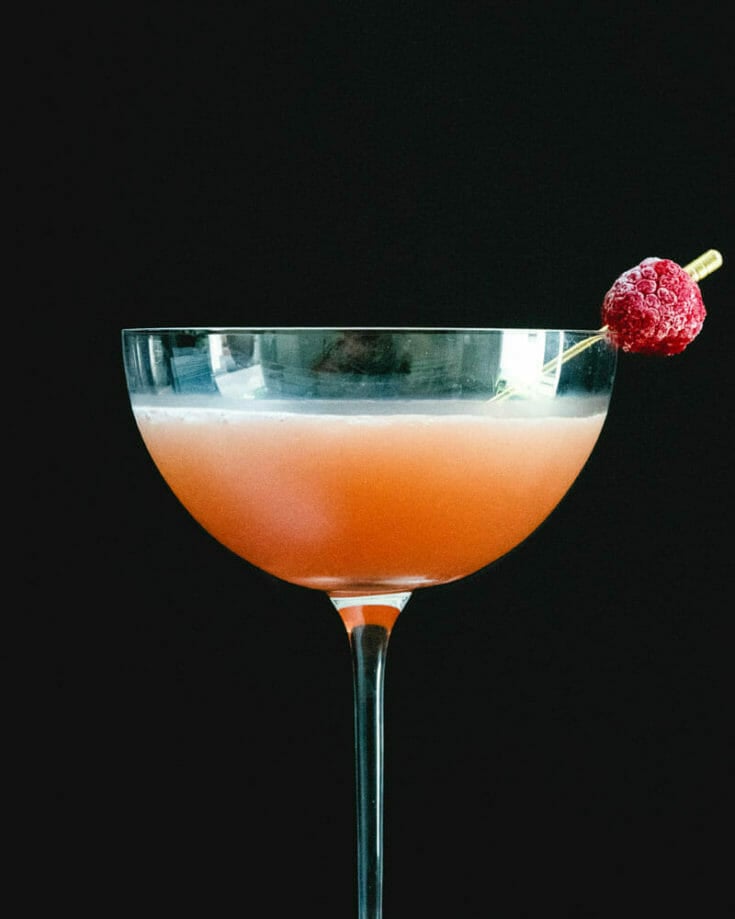 The French martini is not traditionally French: it's a fruity spin on a vodka martini made with a French raspberry liqueur and pineapple juice! It might seem like a retro classic cocktail, but it was invented in the 1980’s by New York bartender Allen Katz. It’s gone on to become a sort of modern classic. 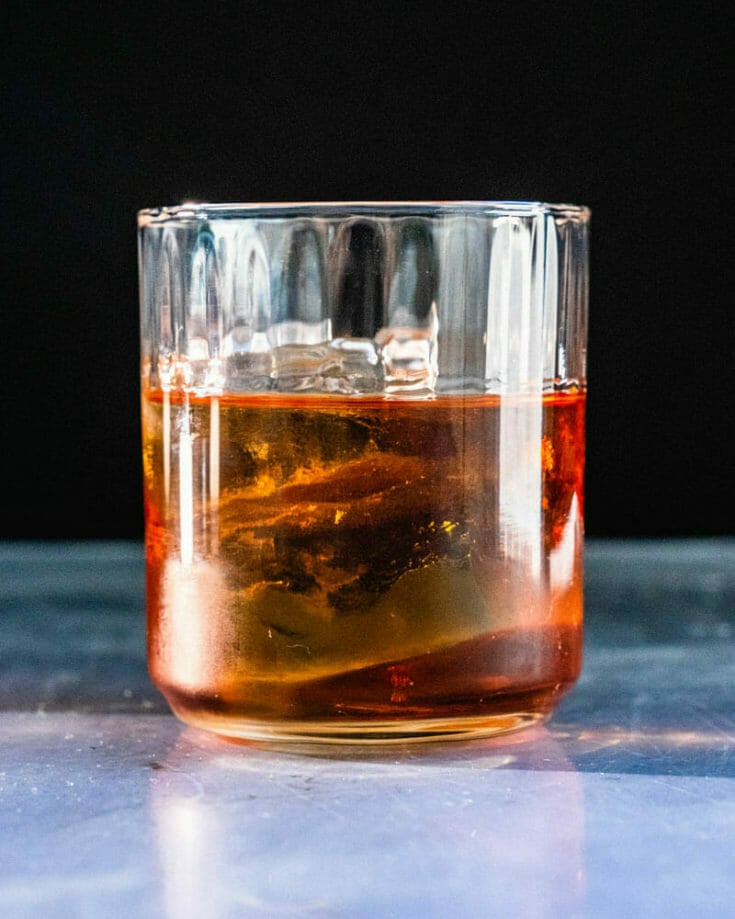 The French Connection is a simple cocktail that's not a French drink at all: but it does use French Cognac! It was invented in the 1970’s, named after the 1971 movie of the same name with Gene Hackman. It’s incredibly simple but full flavored: basically a fancy way to sip on Cognac. 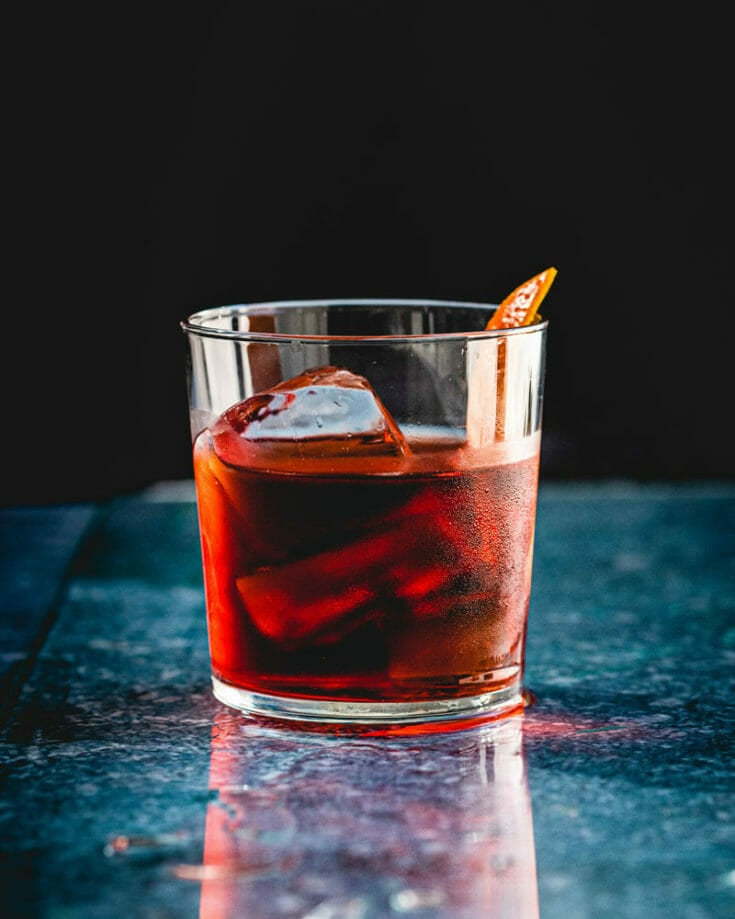 Next up: some French liqueurs! Chambord is a black raspberry liqueur made in France. Despite the fancy historic looking bottle, the brand started in the 1980’s. But, it’s inspired by a raspberry liqueur recipe from the the 1680’s! It’s made with both raspberries and blackberries and several spirits including Cognac. This gives it a nuanced, sophisticated flavor. 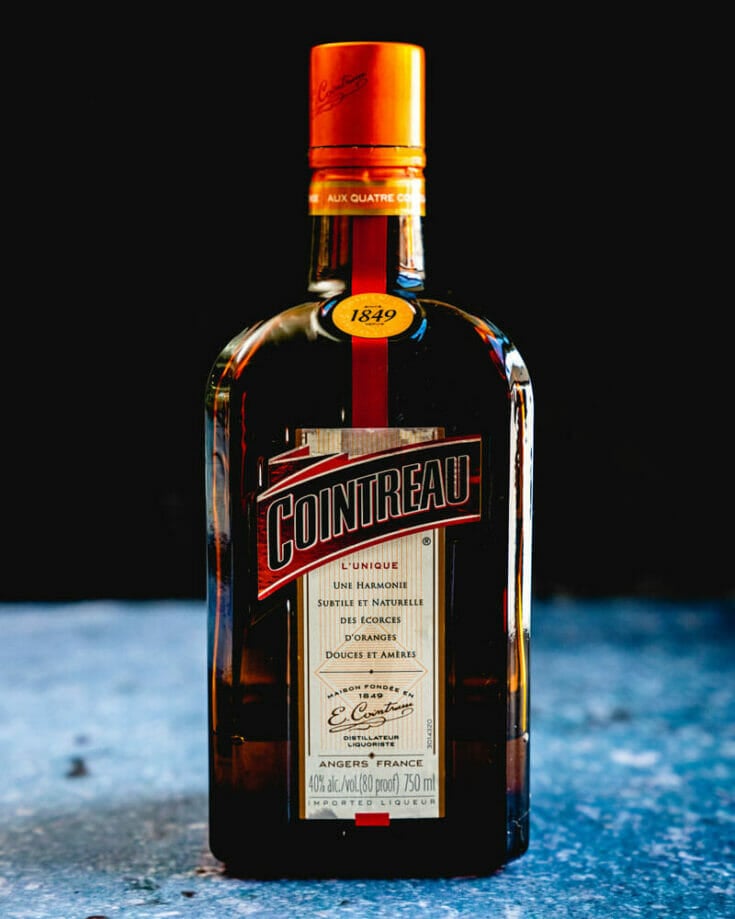 Cointreau is a clear, orange-flavored liqueur with a lightly sweet, citrus perfume flavor. It is a type of triple sec liquor, which means “triple dry” in French. The first bottles were sold in 1885 after the recipe was perfected by Edouard Cointreau and his family business, Cointreau Distillery in Angers, France. The business was family owned until until 1990, when it merged with French company Rémy Martin to form Rémy Cointreau. 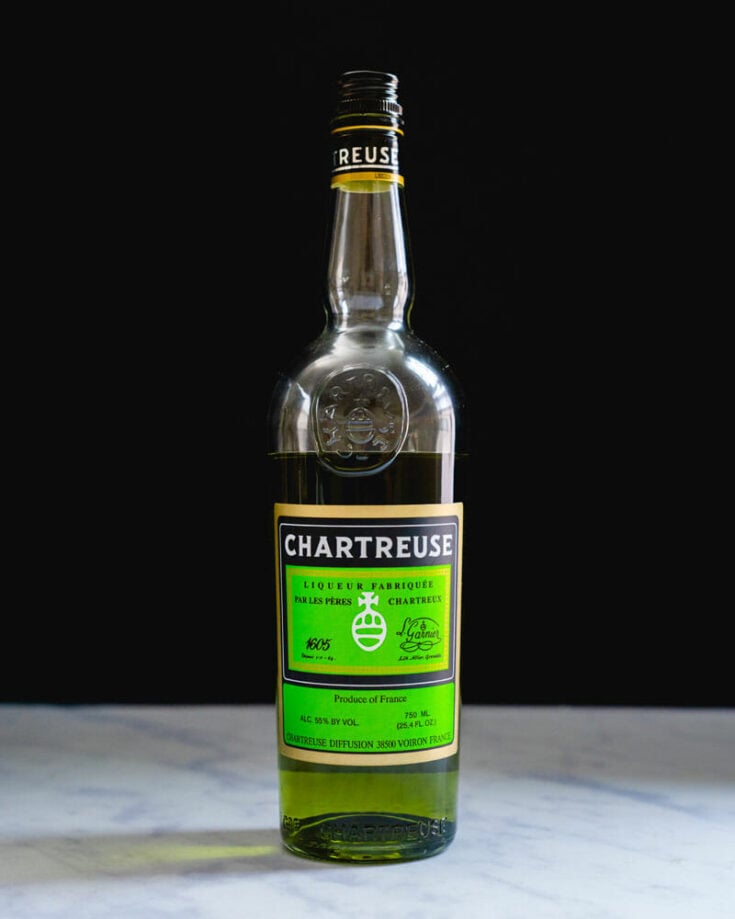 Chartreuse is a French herbal liqueur: the only one in the world with a natural green color. It’s been made by French monks since 1737 using a secret recipe using a blend of 130 different plants and herbs. The name comes from the Grande Chartreuse monastery, located near Grenoble, France. 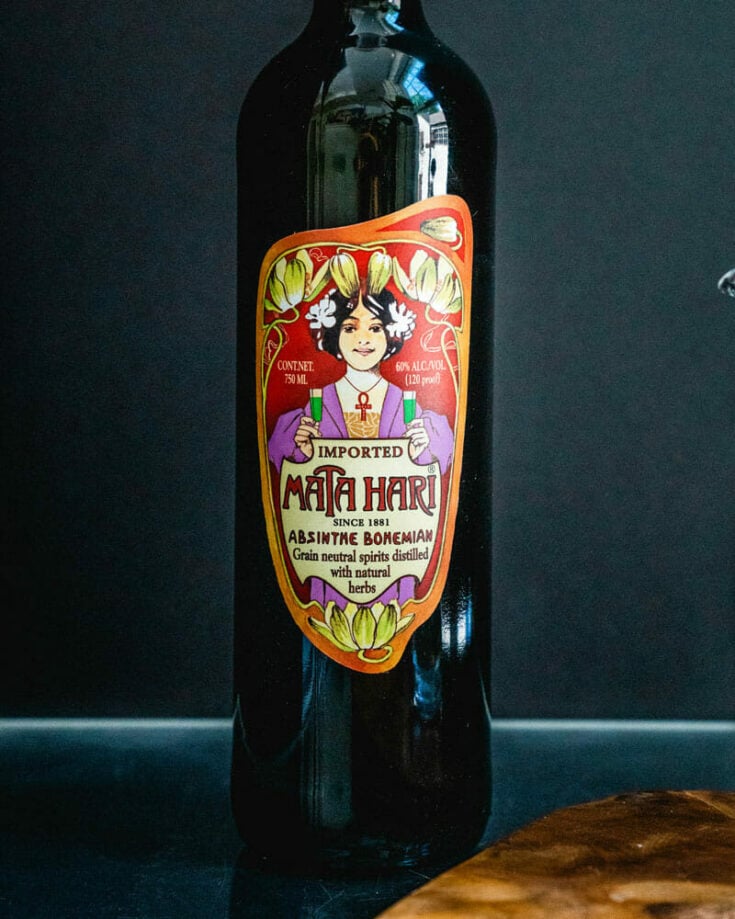 Absinthe is a green anise-flavored spirit made from distilling alcohol with botanicals like wormwood, anise, fennel and other herbs. It was very popular starting in the 1840s, especially in Paris where residents named it “the green fairy” (la fee verte). Absinthe was banned in France from 1915 to 2000, but it's now back in good graces. The ban spawned other anise-flavored liqueurs like Pastis and Pernod. 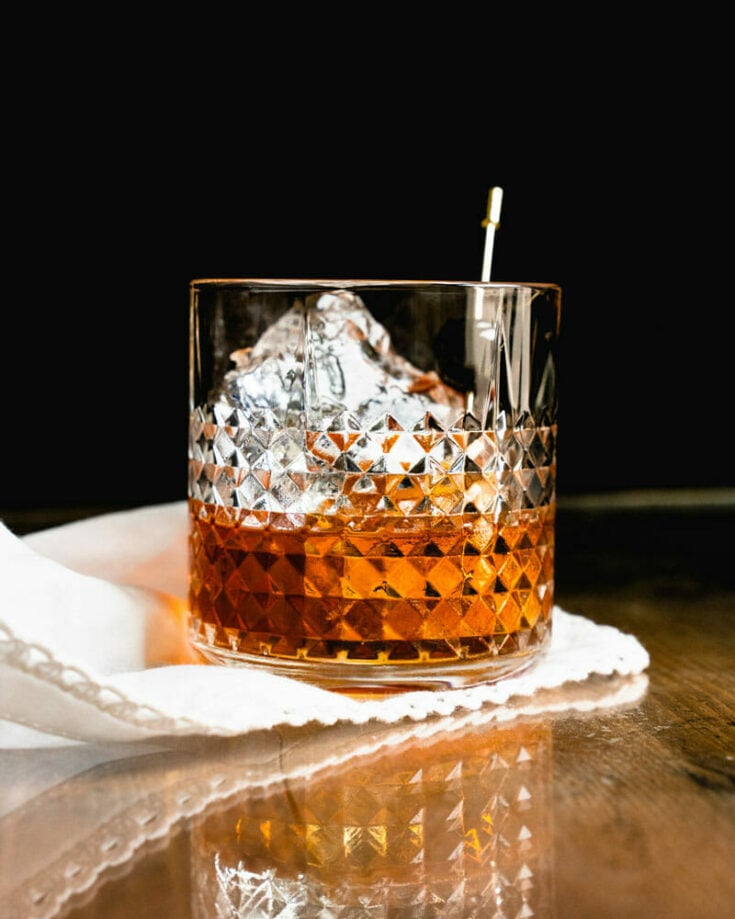 Last up, a French brandy: Cognac! Cognac is a type of French brandy, a liquor made from distilling wine. There are several grades of Cognac that designate how long it’s been aged: VS (2 years), VSOP (4 years),
Napoléon (6 years), and XO (10 years).

Want to add some French food?

Want to pair your French drinks with food that hails from this country? Here are a few delicious French recipes to pair: 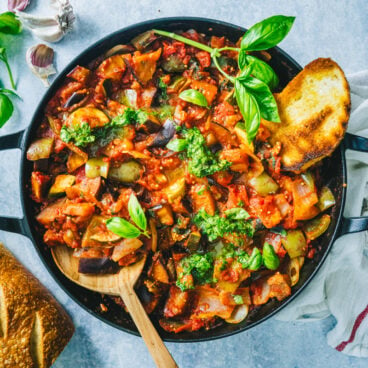 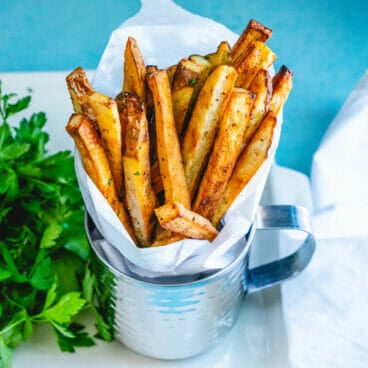 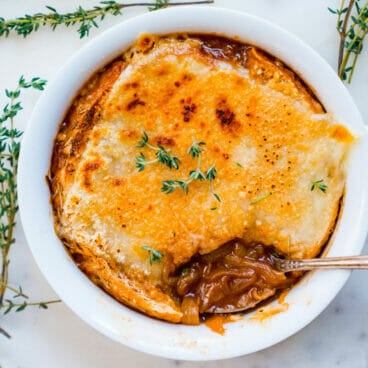 The French 75 is a classic French cocktail made with gin and lemon. It’s sophisticated and perfect for celebrations of all kinds!

*To convert to ounces, 1 ounce = 2 tablespoons

There are so many drinks to try outside of these Triple Sec cocktails! Here are 300+ cocktail recipes for every occasion: