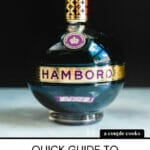 Chambord is a French black raspberry liqueur that’s worth adding to your collection! Here’s more about it and the best ways to use it in cocktails.

It’s dark purple, it fruity, and it’s got a fancy purple and gold bottle that looks like something from an 18th century movie set. It’s Chambord! This liqueur sounds fancy, but it won’t set you back too much in price. It’s got a beautiful black raspberry flavor that makes any drink taste better. Should you buy a bottle? Yes, we think so! Here’s more about Chambord and a few popular Chambord cocktails to mix up with your new purchase.

Chambord is a black raspberry liqueur made in France. Despite the fancy historic looking bottle, the brand started in the 1980’s. But, it’s inspired by a raspberry liqueur recipe from the the 1680’s! It’s made with both raspberries and blackberries and several spirits including Cognac. This gives it a nuanced, sophisticated flavor.

The bottle design of Chambord gives it an air of refinement and elegance. It’s a round, squat bottle with purple lettering and gold accents. It looks like something a French king would have on hand in the 1700’s, right?

Chambord tastes tastes rich and fruity, with raspberry and citrus notes. The Cognac adds subtle notes of vanilla and oak.

How much alcohol is in Chambord? It is 16% ABV (alcohol by volume), so it has a low alcohol content. Compare it to 40% ABV for spirits like whiskey, rum, vodka and gin.

Are there any substitutes? Crème de cassis is the closest substitute: it’s the black currant liqueur that’s famously used in a Kir Royale. But the flavor is not nearly as nuanced and refined. You can also try crème de mure, a blackberry liqueur that we’re huge fans of! The flavor is like blackberry jelly, and you can use it to make the Bramble cocktail.

Chambord sounds fancy: and it is! It adds a nuanced, sophisticated berry flavor to everything it touches. We love it in the French Martini, and it’s at its best when combined with champagne. (In fact, it makes a much better Kir Royale than the standard creme de cassis.)

You can drink Chambord straight up, or mix it into cocktails. Here are the top Chambord cocktails: 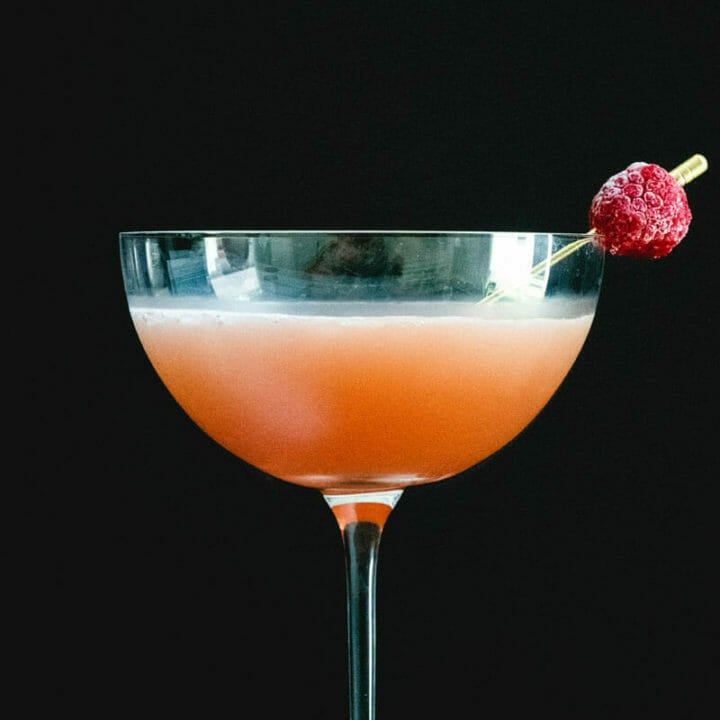 The French martini is a fruity spin on a vodka martini made with Chambord and pineapple juice. It might seem like a retro classic cocktail, but it was invented in the 1980’s by New York bartender Allen Katz. Each sip is so intriguing and nuanced, it’s hard to put the glass down. 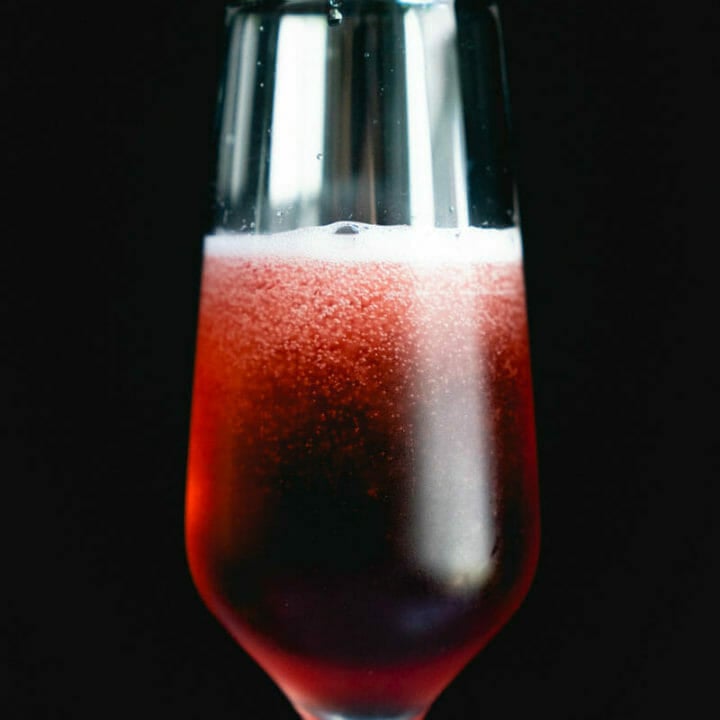 Here’s an effortlessly easy Chambord cocktail: Chambord and Champagne! Simply mix the raspberry liqueur with bubbles and you’ve got a sophisticated Chambord cocktail perfect for celebrations of all kinds. The bubbly sweet tart flavor is refreshing and unexpectedly nuanced for two ingredients. It's similar to a Kir Royale! 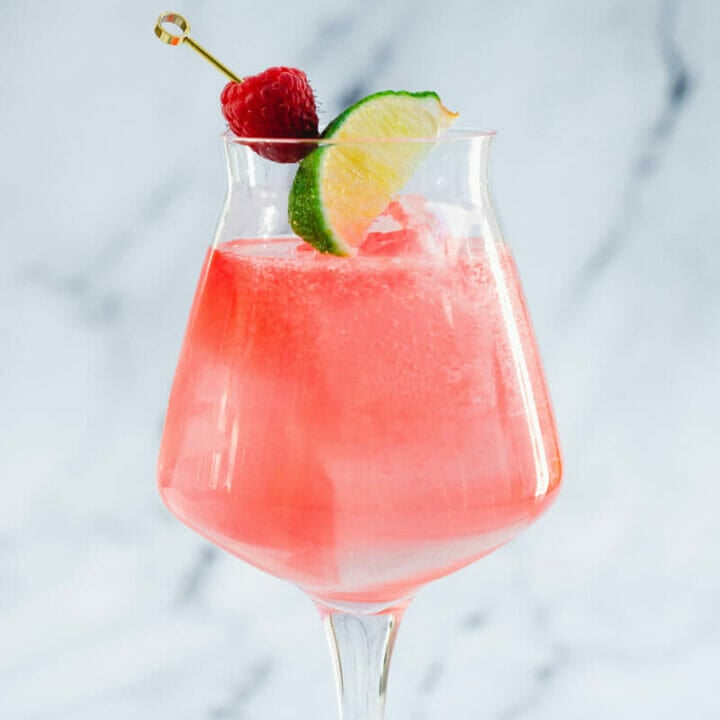 The Floradora cocktail is a classic highball drink starring raspberry syrup, gin and ginger beer that dates to the early 1900’s. The drink was inspired by Broadway show called Florodora that opened on American Broadway in 1900. Use Chambord for the raspberry syrup and it's even tastier drink...if that's possible.