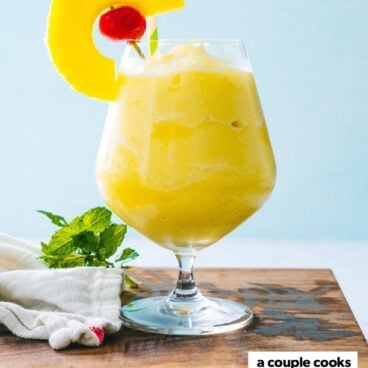 The Chi Chi drink is a spin on the Piña Colada with vodka that’s just as tasty as the classic! It’s quick to blend up this tropical drink.

Love a good Piña Colada? Then here’s the drink for you: the Chi Chi drink! This Piña Colada with vodka is just as good as the original, in our opinion. It’s surprising how well it holds up to the rum-based classic. Whip it up in a blender and it’s tangy, sweet, coconut-y and tropical: the perfect beachy drink for summer or anytime you’re craving sun.

What’s in a Chi Chi drink?

The Chi Chi is a vodka spin on the Piña Colada, a classic cocktail invented in Puerto Rico made with pineapple juice, rum, and coconut. Invented in San Juan in 1954 by a bartender named Ramón “Monchito” Marrero, it was declared the official drink of Puerto Rico in 1978.

The Chi Chi was invented by Donn Beach at his Hollywood restaurant called Don the Beachcomber, sometime after the original caught on. (Donn was also inventor of the Zombie and other Tiki cocktails). It was first made with macadamia nut liqueur and called the Macadamia Nut Chi Chi, but over time the fancy liqueur was dropped in favor of this simpler version. The ingredients for the Chi Chi drink are:

All you’ve got to do? Throw it all in a blender and blend it up! The flavor comes out smooth and tropical: just sweet enough and balanced between pineapple and coconut. In fact, we couldn’t stop sipping it!

For the garnish: cherry and drink umbrellas

The beachy Chi Chi drink is often served with a drink umbrella, just like a Piña Colada. Here are a few things you can use for the garnish:

There are so many great ways to highlight coconut in cocktails! These tropical drinks are great for using up the rest of your bottle of cream of coconut: 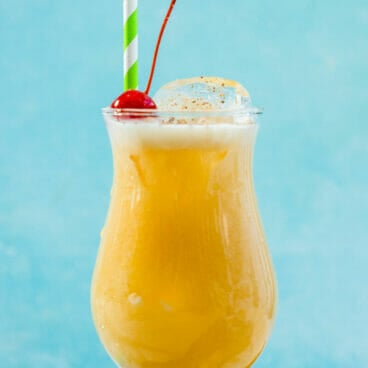 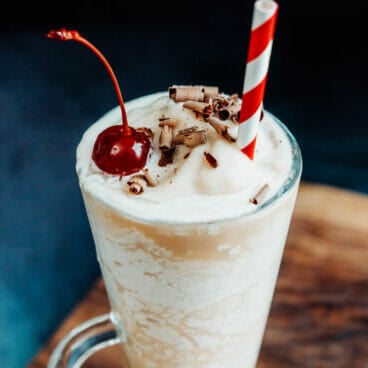 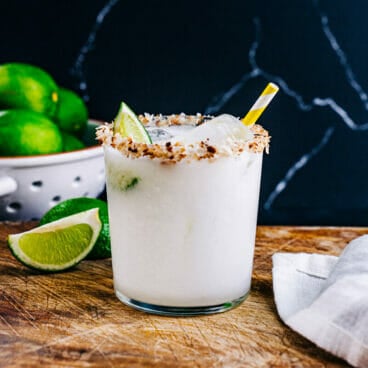 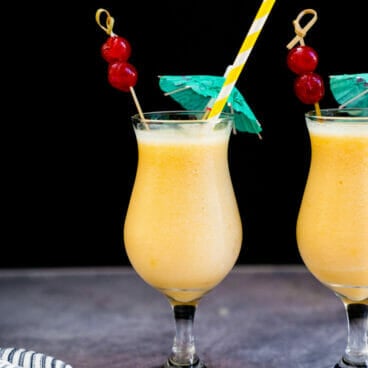 The Chi Chi drink is a spin on the Piña Colada with vodka that’s just as tasty as the classic! It’s quick to blend up this tropical drink.

*Cream of coconut is a special coconut product made for sweetening drinks, whereas coconut cream is unsweetened (read more at Cream of Coconut vs Coconut Cream). Don’t buy coconut cream or the drink will not taste sweetened! If you make this misstep and want to save your drink, you can add simple syrup to taste.