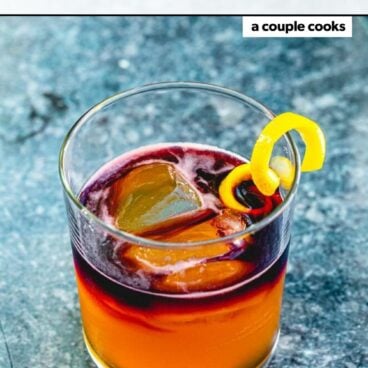 Here’s how to make the New York Sour: one of the best cocktails out there! Make a classic whiskey sour and float a layer of red wine on top.

Here’s one of the most stunning and unique cocktails out there: the New York Sour! This spin on the Whiskey Sour takes the classic up two notches. First you have the whiskey sour layer: sweet tart and perfectly balanced. Float a layer of red wine over the top and it adds intrigue, complexity, and a fruity acidity: not to mention a stunning vibrant two-toned layer. Even better: it’s easy to make! Here’s how it’s done.

What’s in a New York Sour?

The New York Sour is a well-known variation on the whiskey sour that floats a layer of red wine on top. It’s thought to have been invented by a bartender in the 1880’s in Chicago, earning the name the Continental Sour. It was later picked up and made popular by a bartender in New York City, hence its modern name. The whiskey sour is a classic cocktail that’s on the list of International Bartender Association’s IBA official cocktails. Add a layer of wine and you’ve got this classic red wine cocktail:

Though it looks showy, the New York Sour is actually very easy to make! You just need to know a little trick about making that beautiful red wine layer.

The sweetener for a whiskey sour is traditionally simple syrup. But you can also use maple syrup in this New York Sour! Here’s why we love the maple variation:

The whiskey: rye vs bourbon

You can make a New York Sour with either rye or bourbon whiskey! We generally prefer the sweeter flavor of bourbon to the spicy flavor of rye. In our classic Whiskey Sour, we typically use bourbon when we serve it. Of course, you can also make a whiskey sour with Irish whiskey (the Irish Sour) or Scotch (the Buchanan Sour).

In general, we prefer bourbon in most of our whiskey cocktails, like the Old Fashioned or Manhattan. Of course, you can use your favorite type of whiskey in this drink: each type gives the drink a different character.

Another variation on the classic whiskey sour is this Boston Sour! It has an egg white foam topping, which is often an addition to sour cocktails. It makes it feel like a true 1920’s style drink! If you’ve never tried an egg white cocktail, we’ve cracked the code to making that perfect, frothy foam.

Or try the modern classic, the Gold Rush! It’s like a whiskey sour but uses honey syrup instead of simple syrup as the sweetener.

Here are a few more of classic cocktails that are all part of the sour cocktail family! Sour cocktails are all mixed drinks that have liquor, lemon or lime juice, and a sweetener. 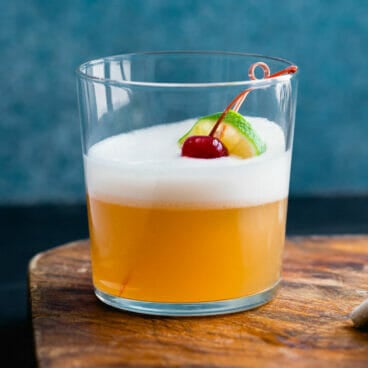 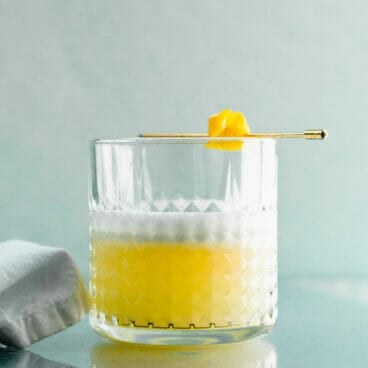 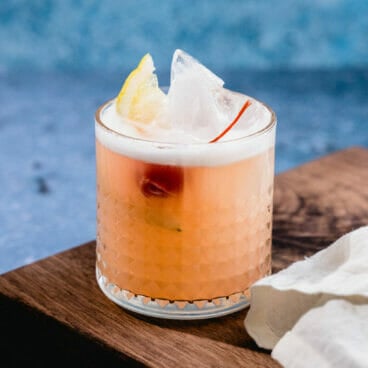 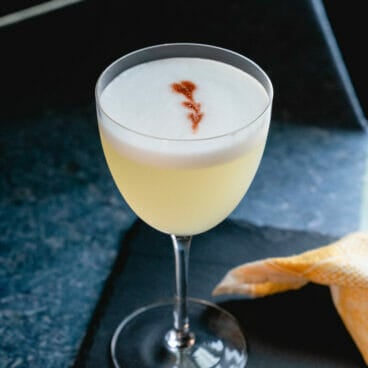 When to serve a New York Sour

The New York Sour is a red wine cocktail that’s tasty as it is versatile. It’s perfect for sipping as a:

Here’s how to make the New York Sour: one of the best cocktails out there! Make a classic whiskey sour and float a layer of red wine on top.