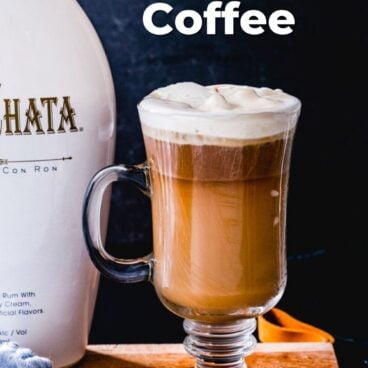 RumChata coffee is creamy, boozy and sweet! The pairing in this warm spiked beverage makes the perfect pick-me-up.

One of the best uses for a bottle RumChata? RumChata Coffee! The cinnamon and vanilla notes blend perfectly into a cup of joe, with a dark Caribbean rum hint on the finish. This boozy coffee delivers! Use it anytime you’d make an Irish Coffee: it’s ideal as an afternoon pick-me-up or tasty dessert drink. Here’s how to make it!

RumChata coffee is hot coffee spiked with a shot of RumChata liqueur. RumChata is a cream liqueur similar to Baileys Irish Cream, but it has cinnamon and vanilla notes instead of chocolate. It makes one killer spiked coffee! Serve it as a brunch drink as an alternative to the mimosa or Bloody Mary or as a dessert drink to end a meal. The ingredients for RumChata Coffee are:

All you’ve got to do? Stir that RumChata into coffee, and top with whipped cream. It makes a delicious sip on the Irish Coffee! You can also make an iced coffee variation if you prefer. Either way, it comes out with a very balanced flavor! It’s not too sweet, and the cinnamon and vanilla blend seamlessly into the bitter coffee.

RumChata and coffee go hand in hand! It might go without saying, but this drink is only as good as the quality of its coffee! You’ve likely got your own favorite coffee making method, but here are our top choices for this drink:

What’s RumChata, and why is it a nice addition to your liquor cabinet? We picked it up as part of making a Cinnamon Toast Crunch shot, and we were left with a bottle to use up. Hence, this RumChata Coffee! Here’s a bit more about this liqueur:

Love a good iced coffee instead? The hot coffee spin on the Irish coffee is the most traditional variation on boozy coffee. But if you love a sippable cold coffee drink, you can make a RumChata coffee too! Here’s what to do:

Love booze in your coffee? There are so many spins on the Irish Coffee that each make a deliciously caffeinated cocktail. Here are a few more coffee cocktails to try: 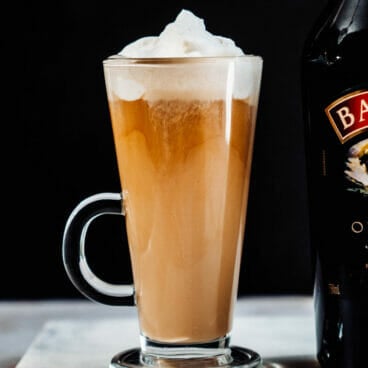 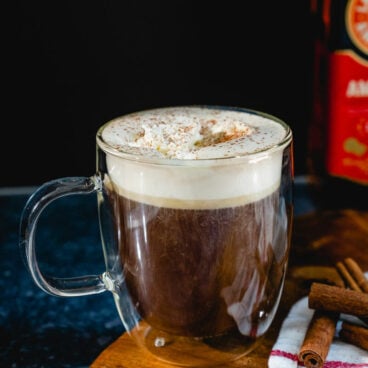 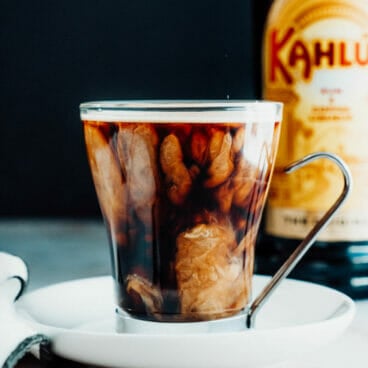 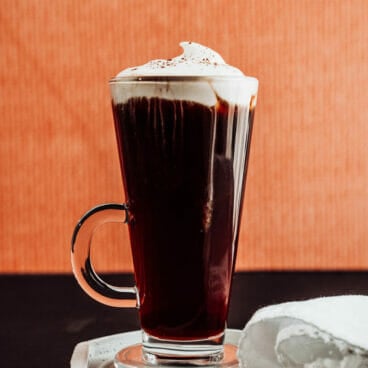 RumChata coffee is creamy, boozy and sweet! The pairing in this warm spiked beverage makes the perfect pick-me-up.