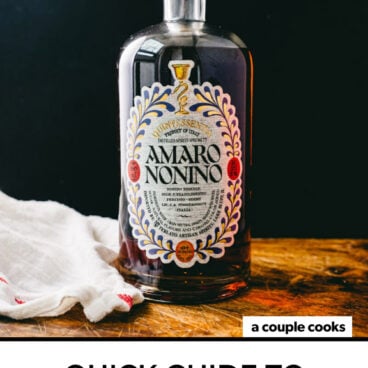 Amaro Nonino is a unique Italian bitter liqueur that’s worth seeking out! It’s bittersweet, with hints of caramel, vanilla and allspice.

Wondering what Amaro Nonino is, and whether it’s worth a place in your liquor cabinet? This unique Italian amaro is hard to find, and a level more expensive than other Italian bitter liqueurs in the same family. Is it worth the purchase? Are there substitutes? What makes it so special? Here’s what you need to know.

What is Amaro Nonino Quintessentia?

Amaro Nonino Quintessentia is an Italian amaro or bitter liqueur (amaro means “little bitter” in Italian). It was invented in 1992 by a distiller named Antonio Nonino in Friuli, Italy. It’s unique because it’s made using grappa, infusing it with herbs, fruits and botanicals. The bittersweet liqueur has flavor notes of gentian, citrus and caramel.

Other Italian amari that are distributed by the Campari Group are easy to find, like Campari, Aperol, Averna, and Cynar. But Amaro Nonino is relatively difficult to find, and it’s more expensive than the other amari.

Amaro Nonino is equally bitter and sweet, with notes of orange, honey, vanilla, licorice, allspice, mango, pepper, and cocoa. It’s got a unique flavor that’s worth seeking out, less sweet than other amari but still easy to drink. It’s at its best served on the rocks as an aperitif or in the popular Paper Plane cocktail. It’s similar to brown amari like Meletti and Cynar, but has a unique flavor due to the grappa.

How much alcohol is in Amaro Nonino? It is 35% ABV (alcohol by volume), so it has a relatively high alcohol content for an amaro. For example, Aperol is the lowest alcohol at 11% ABV, Campari is 24% ABV, and Fernet-Branca is the highest at 40 to 45% ABV (the same level as whiskey, rum, vodka and gin).

Are there any Amaro Nonino substitutes? Substitute another dark, herbal and sweet amaro like Amaro Averna, Amaro Meletti, Amaro Tosolin, or Cynar. Oddly enough, the German liqueur Jagermeister is has a similar flavor and works great as a substitute.

Amaro Nonino is such a balanced amaro: it’s not as sweet as many and even easier to drink, in our opinion. It’s a fun splurge for the cocktail connoisseur. We love it in a Paper Plane or mixed with soda water. Even better, try the cocktails below.

Compared to other liquors, Amaro Nonino is expensive. A 750 ml bottle costs about $50.

Amaro Nonino is great sipped on straight or on the rocks, or you can mix it up into drinks. Don’t want to follow a recipe? Mix it with soda water to create a make-shift spritzer. Or, check out these favorite Amaro Nonino cocktails: 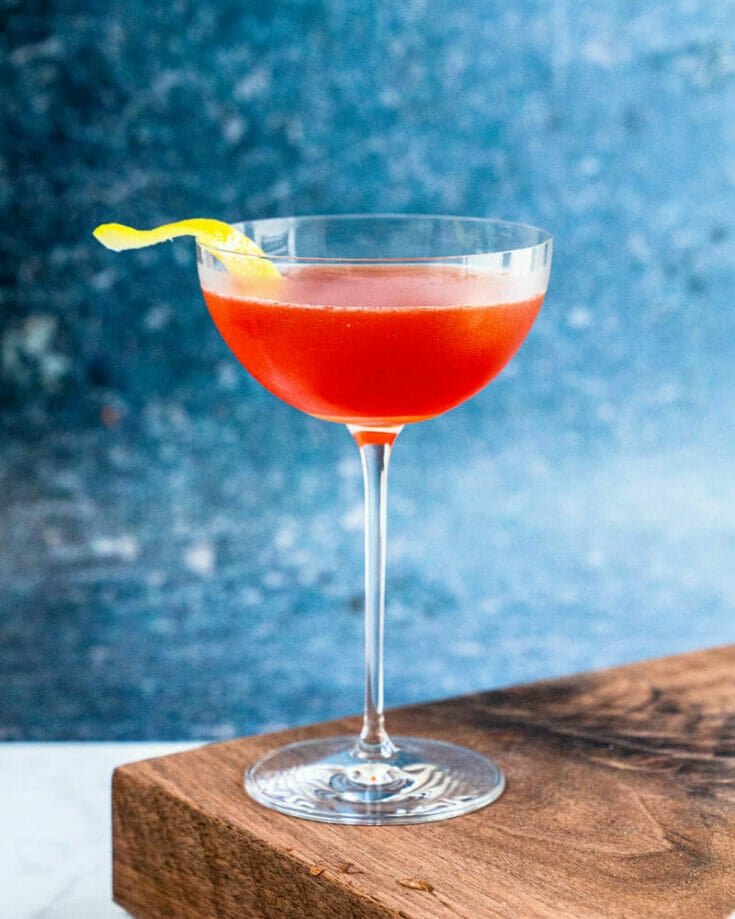 The top Amaro Nonino cocktail? The Paper Plane! This must-make drink is a brilliant study in balance and contrast. It’s bitter, sweet and tangy all at once, hitting a magical synergy between the bourbon, Amaro Nonino, and Aperol. 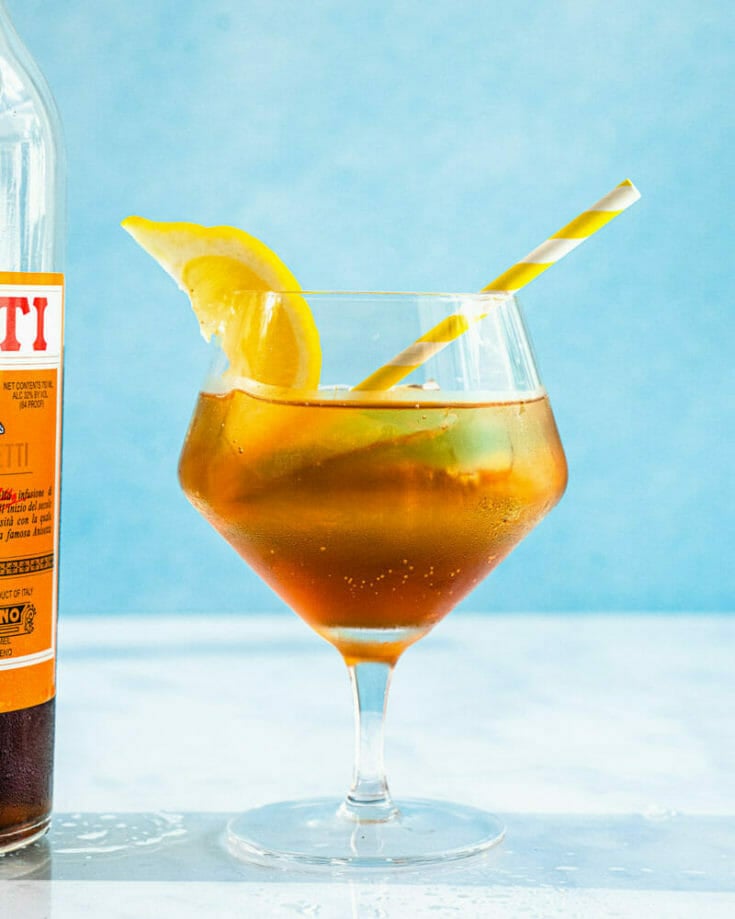 This drink is another great way to enjoy the flavors of Amaro Nonino! It's bubbly, bittersweet, and absolutely refreshing. Cousin of the ubiquitous Aperol Spritz, using Amaro Nonino makes it a glowing golden brown with citrus, licorice and bittersweet notes. 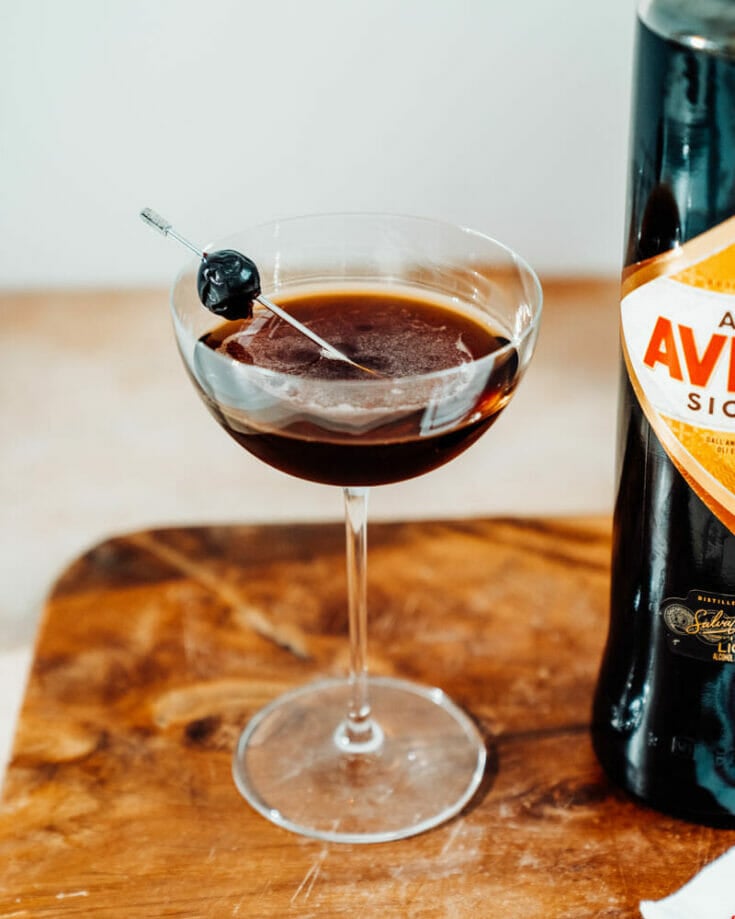 Swap in Amaro Nonino for a unique spin on the Black Manhattan! This classy drink swaps out sweet vermouth for this special amaro. It’s strong and boozy, like any good Manhattan, but with cocoa and licorice notes on the finish. The one’s one of a kind. 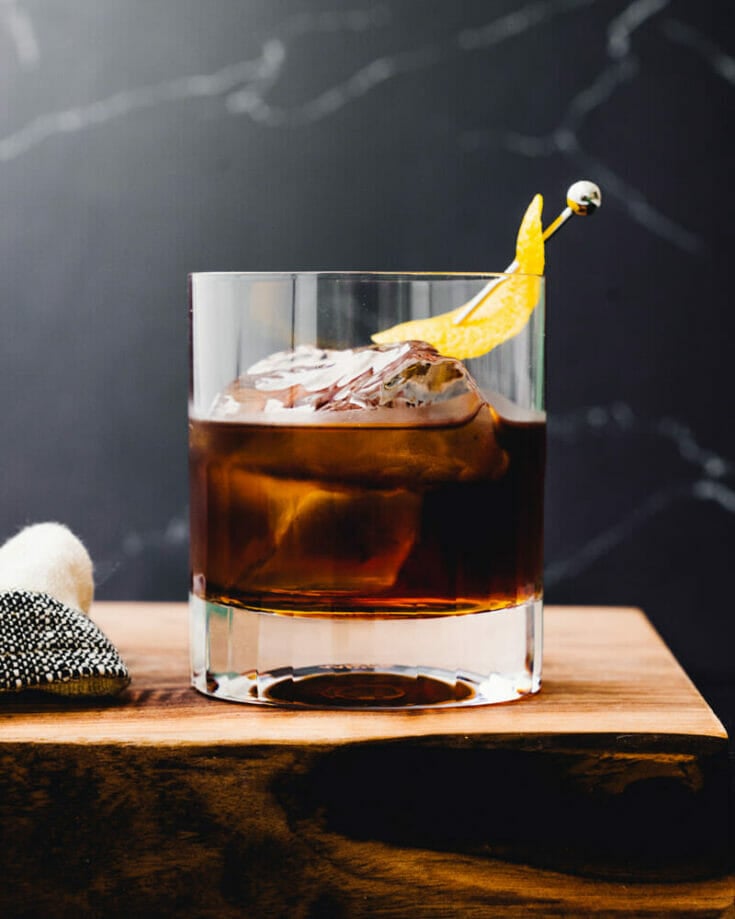 This intriguing spin on the Negroni features Amaro Nonino, with hints of cocoa, citrus, licorice, and an herbal bitter finish. It makes a mellow Negroni that’s more interesting to drink, in our opinion! It's a riff on the classic Negroni, a classic cocktail invented in the 1920’s in Italy.

The Paper Plane cocktail is a modern classic that’s a must try! It’s bittersweet and tangy, hitting a magical balance between bourbon and Amaro Nonino.