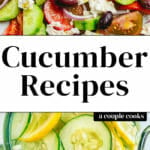 Here are all the best cucumber recipes for using this refreshing vegetable! From salads to pickles, they’re so versatile…and delicious.

Could there be a more refreshing vegetable than the cool cucumber? This vegetable is full of water so it’s super hydrating and deliciously crunchy. It’s also a truly versatile vegetable to use in recipes! Pop it into salads, pickle it, or throw it into drinks to make fancy “spa water”.

Nothing says summer like cucumbers, but you can eat them any time of the year! Here we’ve collected our top cucumber recipes that can work for anytime, from tangy cucumber salad to creamy Greek cucumber dill sauce. Bonus: none of these recipes require “cooking”! 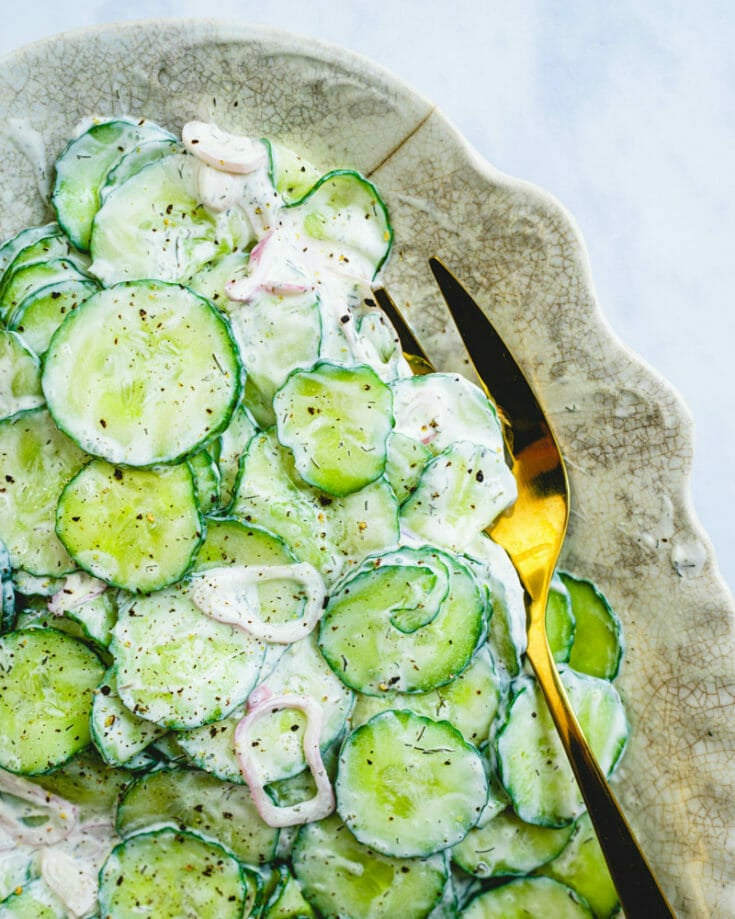 This creamy cucumber salad is so refreshing, it’s hard to stop eating! Adding a bit of sour cream to a tangy cucumber salad makes an irresistibly creamy sauce. The silky sauce also features dill and shallots. While it has a summery vibe, this tasty salad works any time of the year. 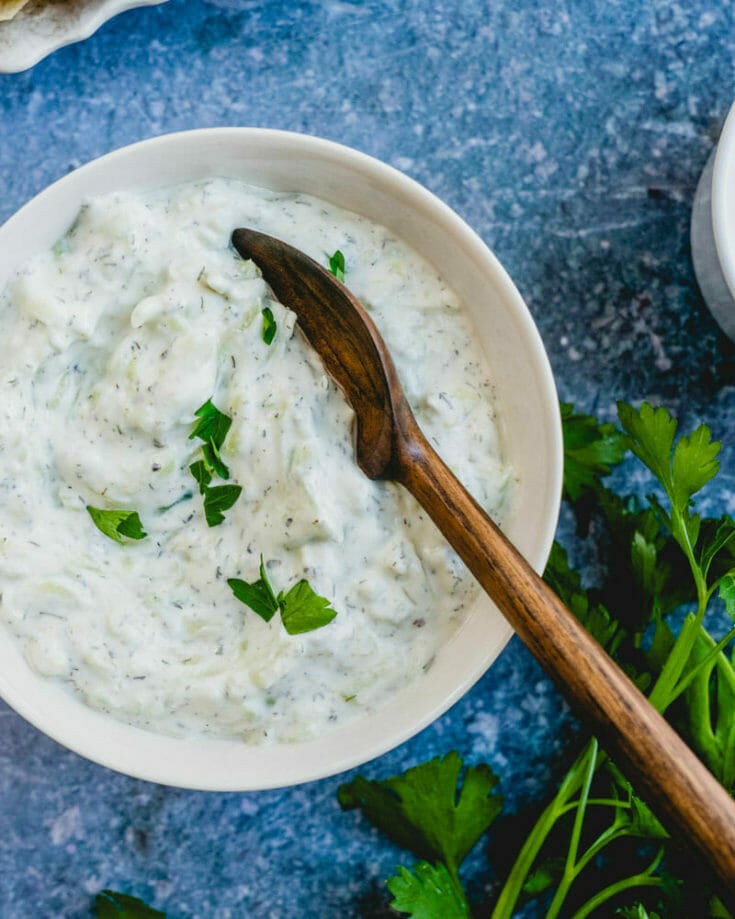 Here's a cool cucumber sauce recipe you’ll want to slather on just about everything! Stir together shredded cucumber with Greek yogurt, lemon, garlic, and dill, and it’s nothing short of a revelation. Works on falafel, sandwiches, burgers, or even grilled veggie platter. The best part: it’s actually quick and takes just minutes to put together. 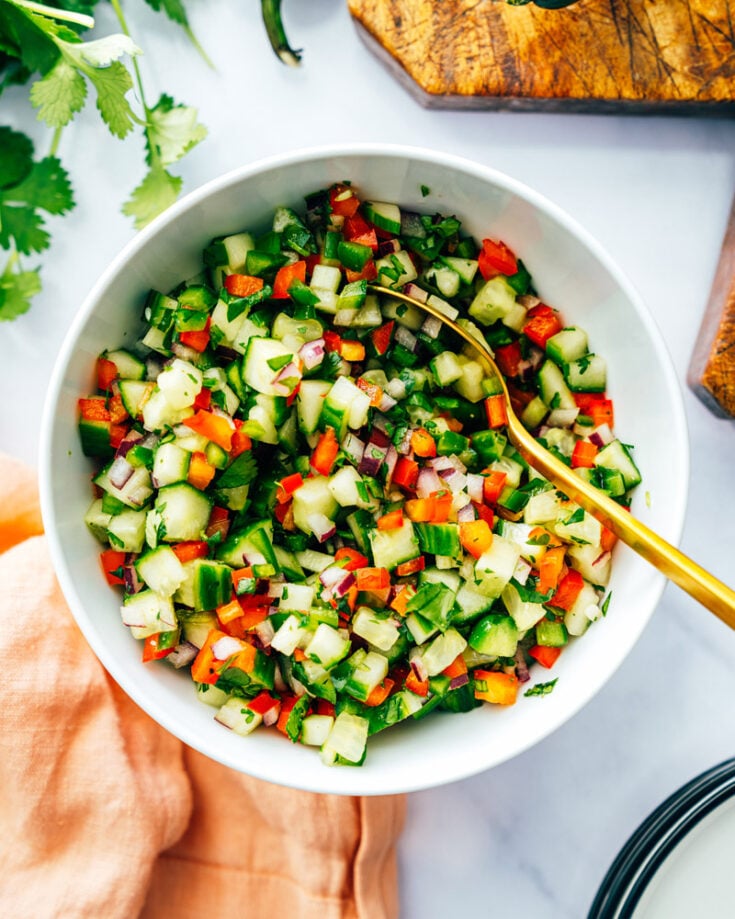 Here’s a unique cucumber recipe everyone should try: Cucumber Salsa! Turns out, cucumber is just the veggie for pairing with jalapeño, cilantro and lime! It adds a cooling essence and a hydrating crunch to each bite. Zingy and zesty, it’s ideal for dipping chips or showering over tacos. Or, sprinkle it over grilled salmon for a summery meal. 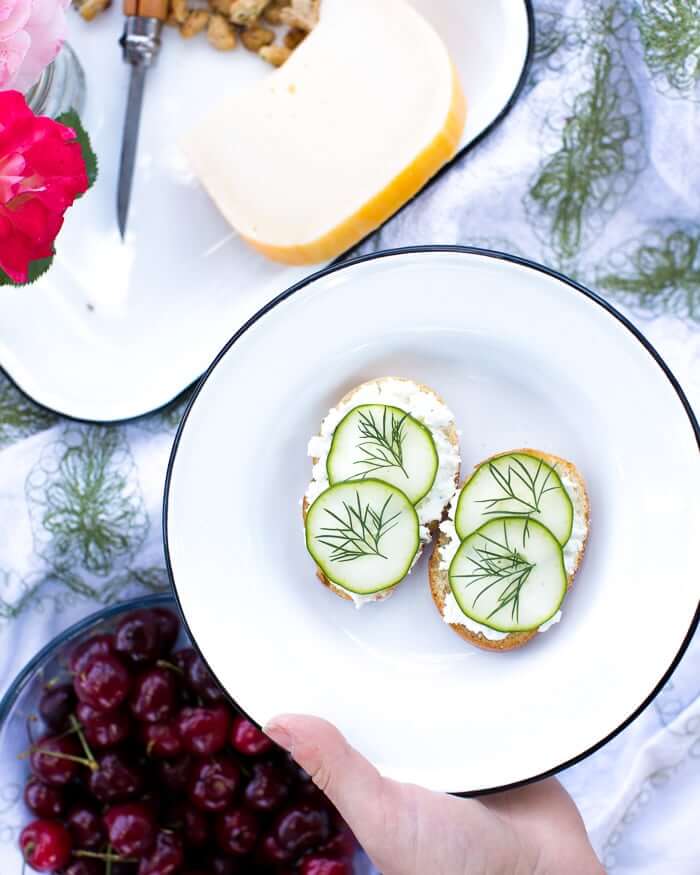 What’s better than that classic combination of cucumber and dill? These sandwiches are a bit of a retro snack, served on those little cocktail rye breads slathered with cream cheese. But they go back even further than that: cucumber sandwiches come from Britain and were served as tea sandwiches! And for good reason: they’re simple to make and seriously refreshing. 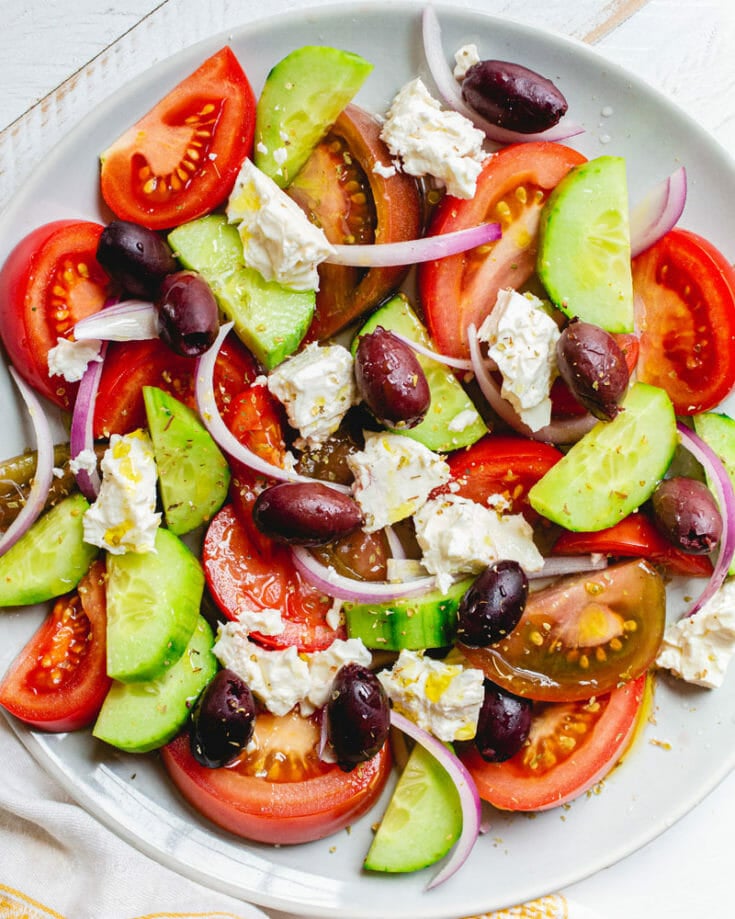 What's better than a classic Greek salad? There’s not much that tastes more refreshing than the combination of juicy tomatoes, cool cucumbers, red onion, Kalamata olives, and salty feta. This salad is the traditional Greek way (no lettuce!) and relies on juicy cucumber for its hydrating crunch. 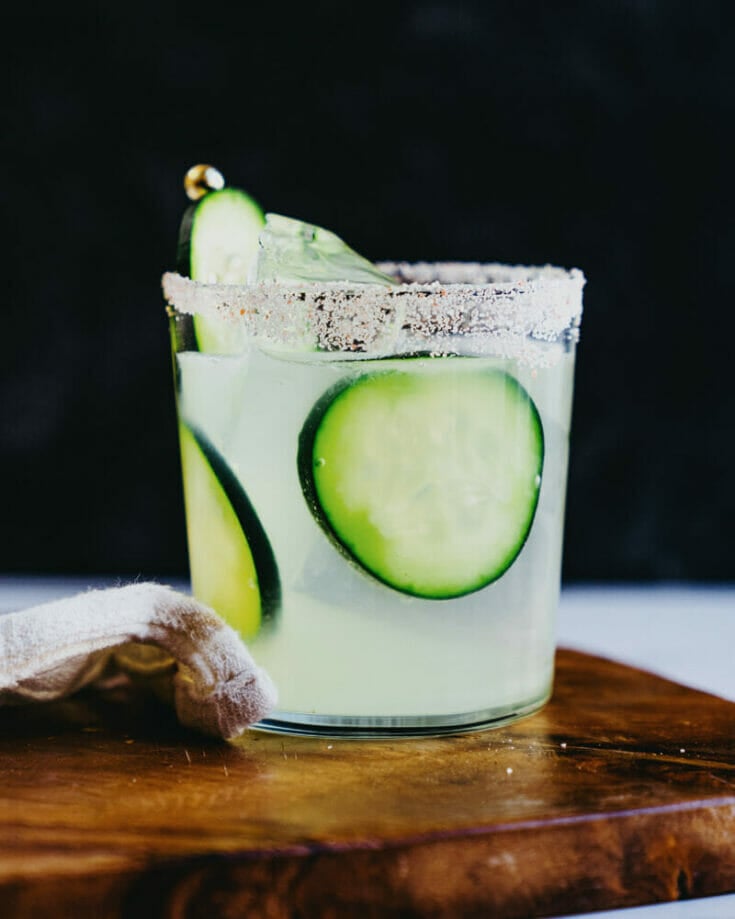 Something about cucumber in drinks is a little spa like, beautifully cool and vegetal. Try this Cucumber Margarita! It’s got a delightfully crisp, cool flavor and the way it melds with lime and tequila is pretty darn perfect. 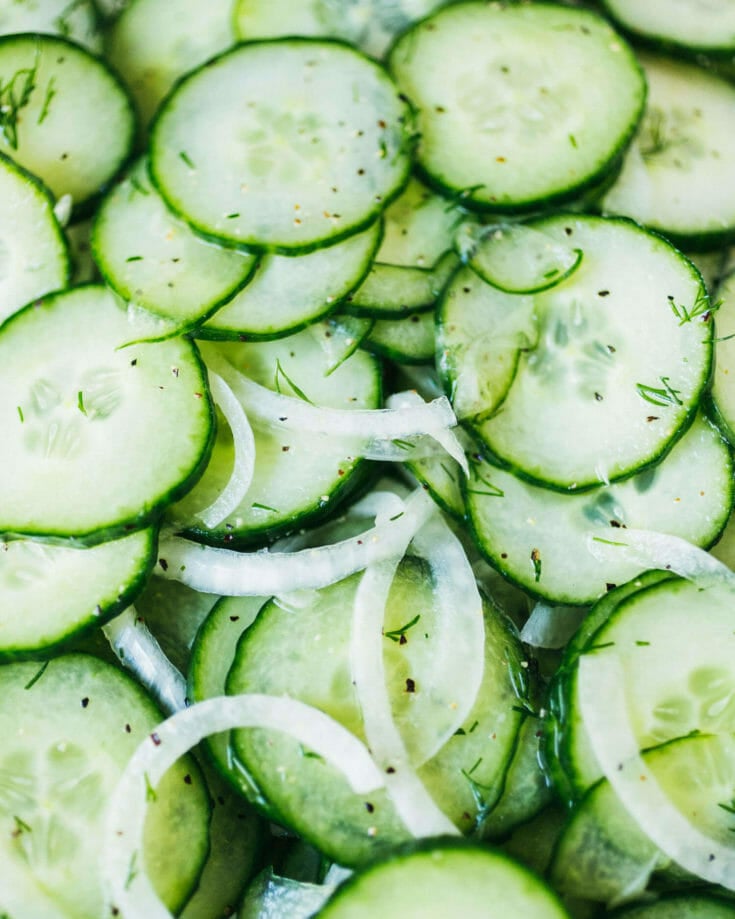 The other best cucumber recipe: this tangy cucumber salad with vinegar! Thin sliced cucumbers and onions dressed with vinegar are salty, bright, lightly sweet, and totally refreshing. This salad is perfect for just about any occasion: lunch, potlucks, barbecues and picnics. It’s one of those recipes that goes with just about everything, from salmon to burgers. 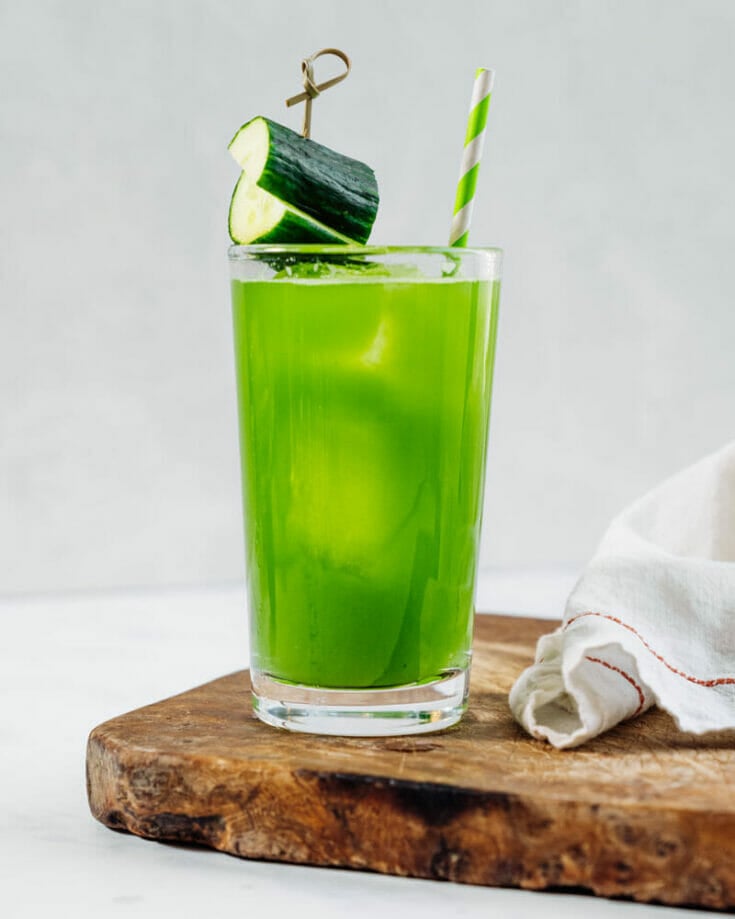 Got cucumbers? Here’s a great way to use them: cooling cucumber juice! This tasty vegetable juice is hydrating and full of spa-like flavor. Combine it with green apple for a tasty natural juice that’s ultra refreshing. Here’s how to make this tasty bright green juice: no juicer required! 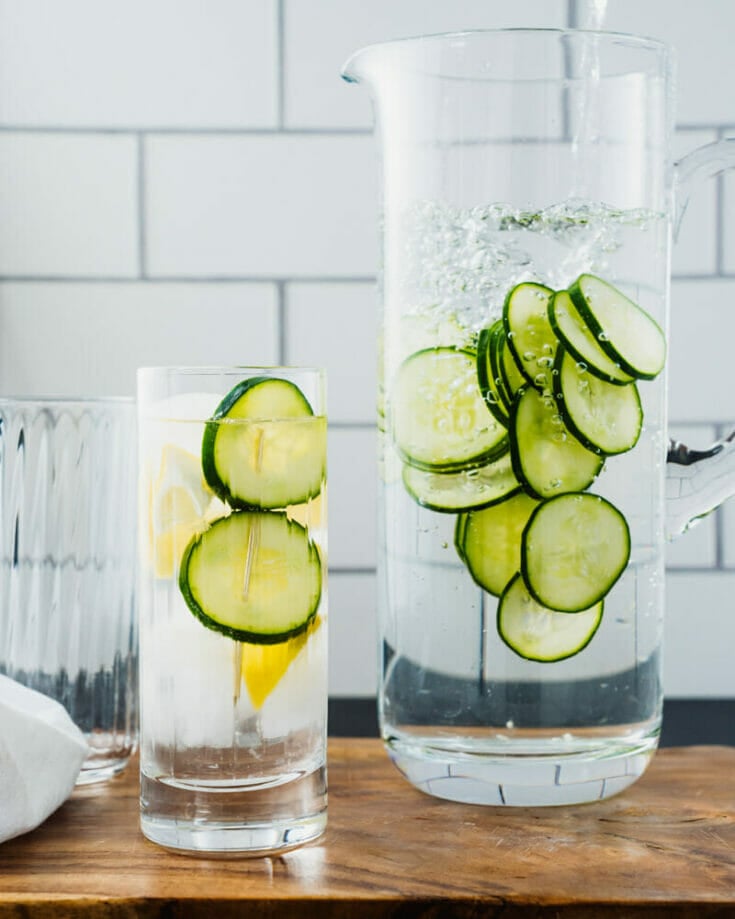 We all know we’re supposed to drink a lot of water. But do you ever get kind of…bored? Here’s a solution: cucumber water! Making an infused water brings big flavor to boring old water: and it takes only 5 minutes. This so called "spa water" is also a perfect drink for entertaining. 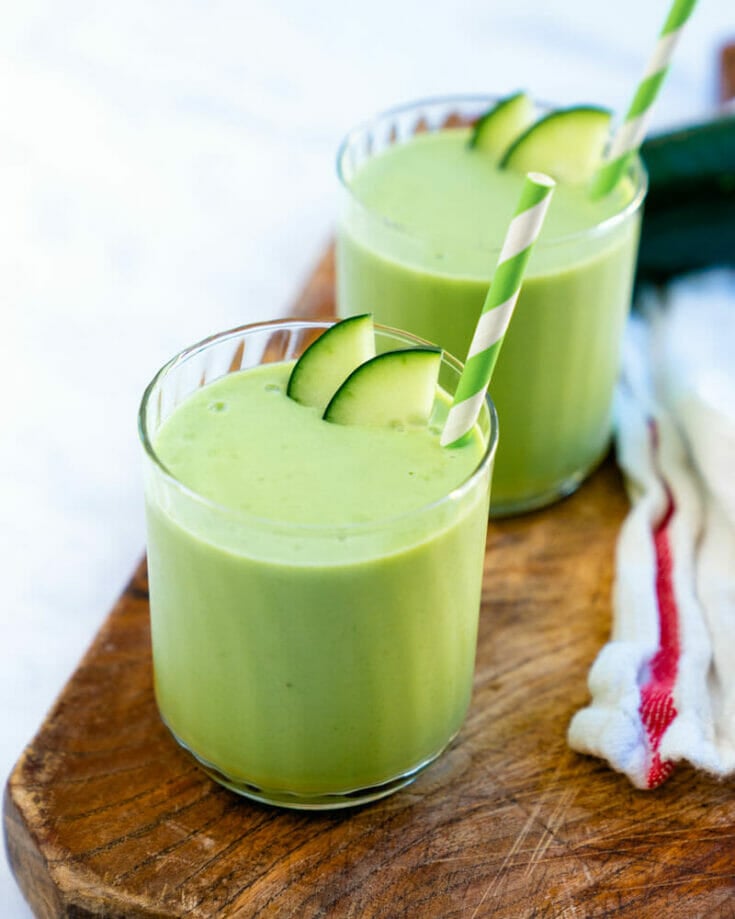 Here’s a deliciously refreshing veggie smoothie for you: a Cucumber Smoothie! Cucumber isn’t the most likely ingredient in a smoothie. But it adds an intriguing, spa-like flavor to the puree! This tasty ingredient is full of nutrients and water to make your smoothie taste even better. It’s perfectly creamy and a great way to load up on nutrients as a healthy snack or breakfast. 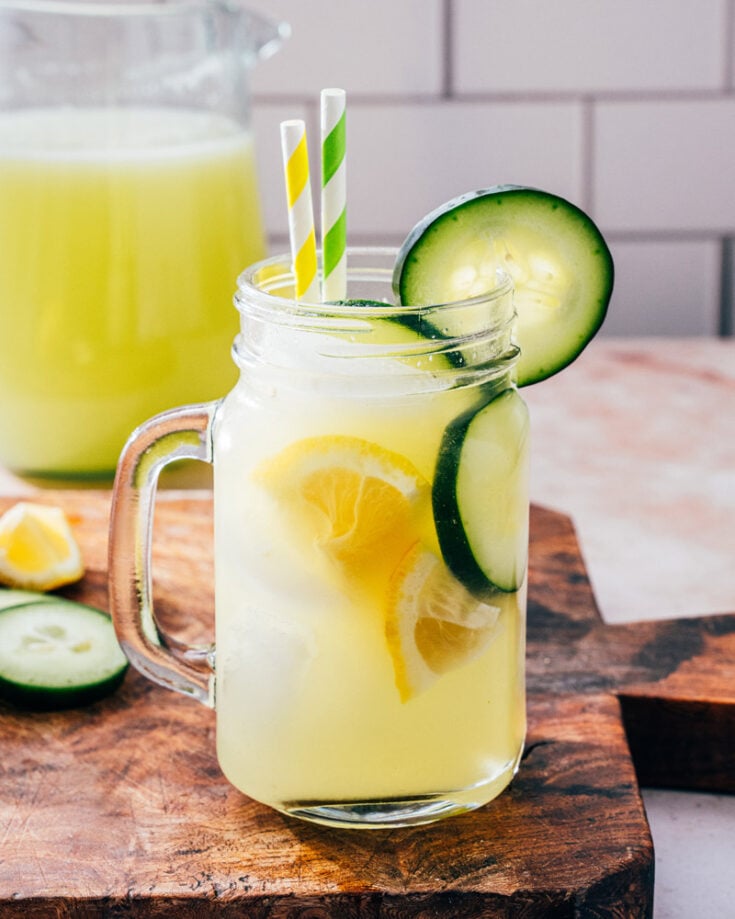 Here's a cucumber recipe that’s absolutely perfect for summer: Cucumber Lemonade! The vegetable adds a cooling, vegetal finish to any drink that’s reminiscent of spa water. Combine that with the zing of the lemon, and it’s the ideal drink for sipping on the patio for a summer barbecue. 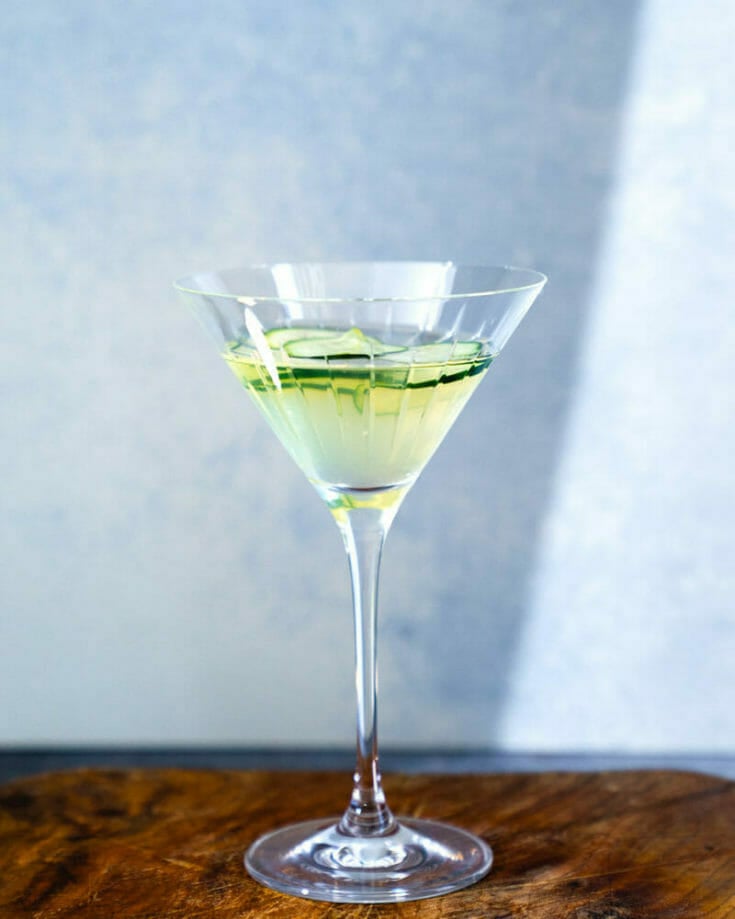 This drink is as refreshing as it is sophisticated: the Cucumber Martini! It’s a cool, crisp take on the classic martini starring cucumber, gin, and the floral notes of St Germain. Take one sip and your palate will be amazed: it’s fresh, floral, botanical, with just the right scent of cucumber. 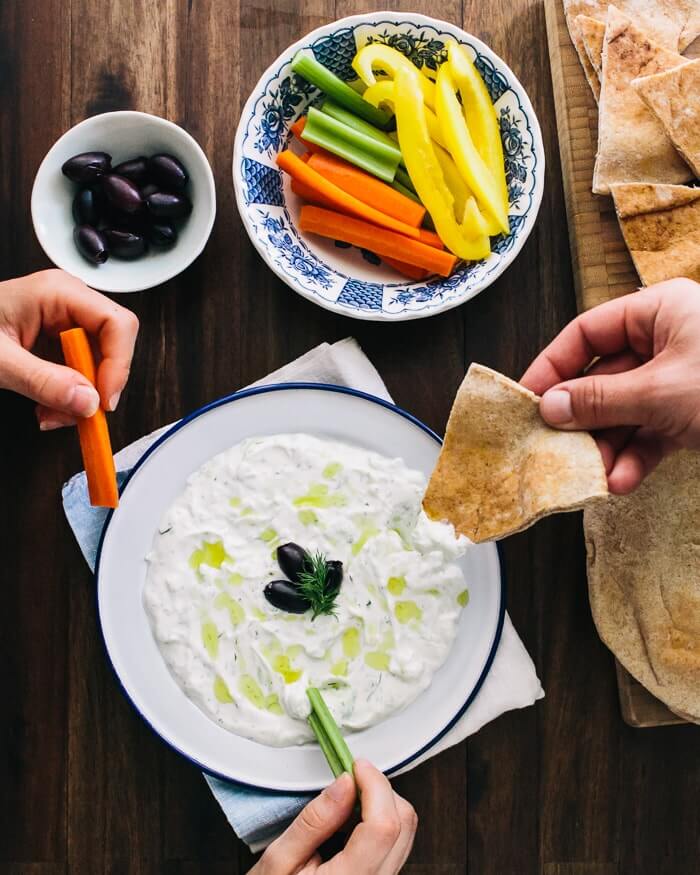 Tzatziki, that famously creamy and garlicky Greek cucumber sauce, made with Greek yogurt, olive oil, and cucumbers. It’s commonly eaten as a dip on pita or veggies, or as a gyros sauce. And it tastes like pure gold! Here you'll grate the cucumber to infuse a subtle crunch into each bite. 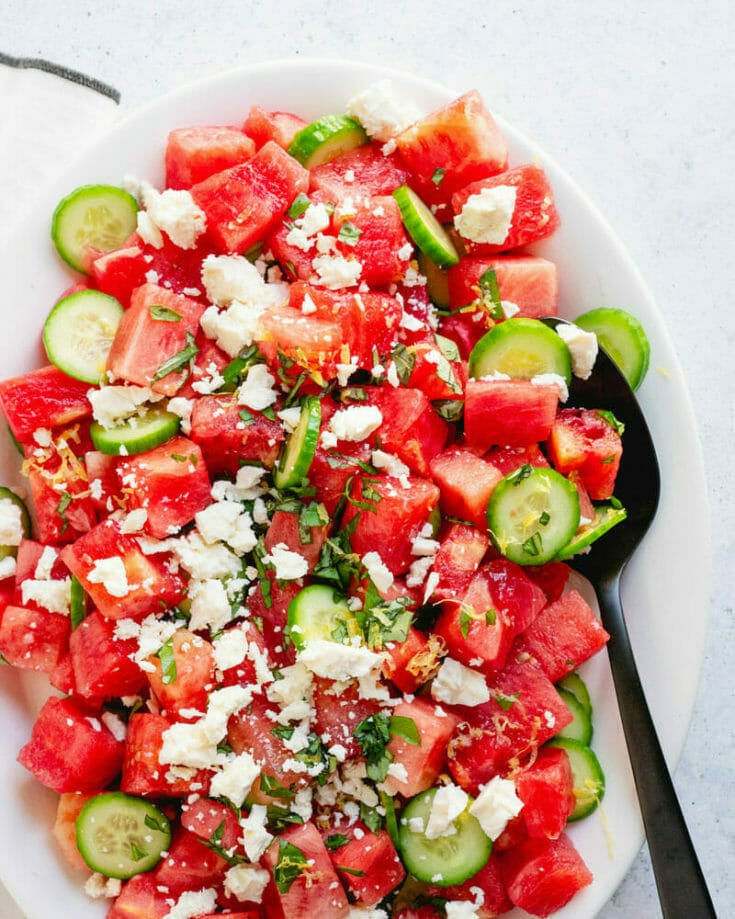 What's more refreshing than a watermelon salad? This one features sweet melon and salty feta with crunchy cucumber, fresh basil, and lemon zest. And it's truly easy to make! Just chop a few ingredients and throw them together on a platter. Side dish done! 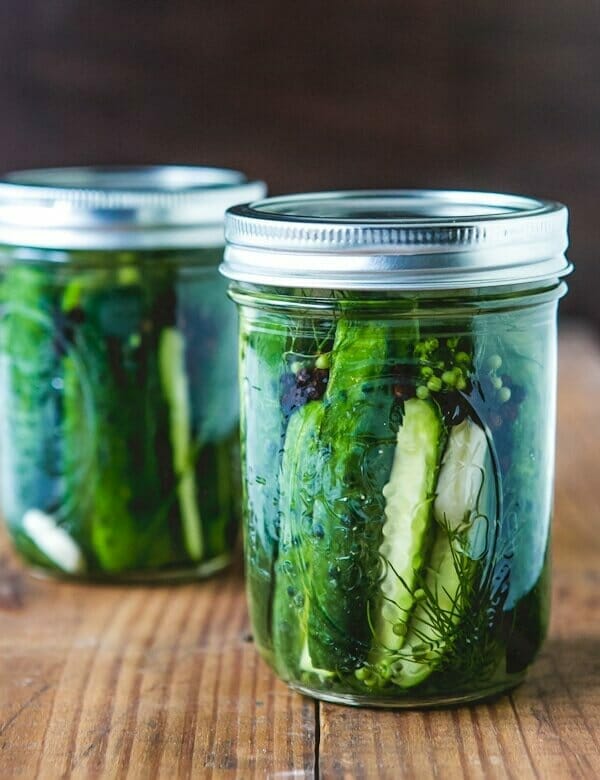 Arguably the most classic cucumber recipe! These refrigerator dill pickles require just 10 minutes of hands on prep work and are great on sandwiches or eaten straight from the jar! If you’ve never made a refrigerator pickle recipe before, this is the one to try. This recipe uses pickling cucumbers: you can find them in most grocery stores or in farmers markets. 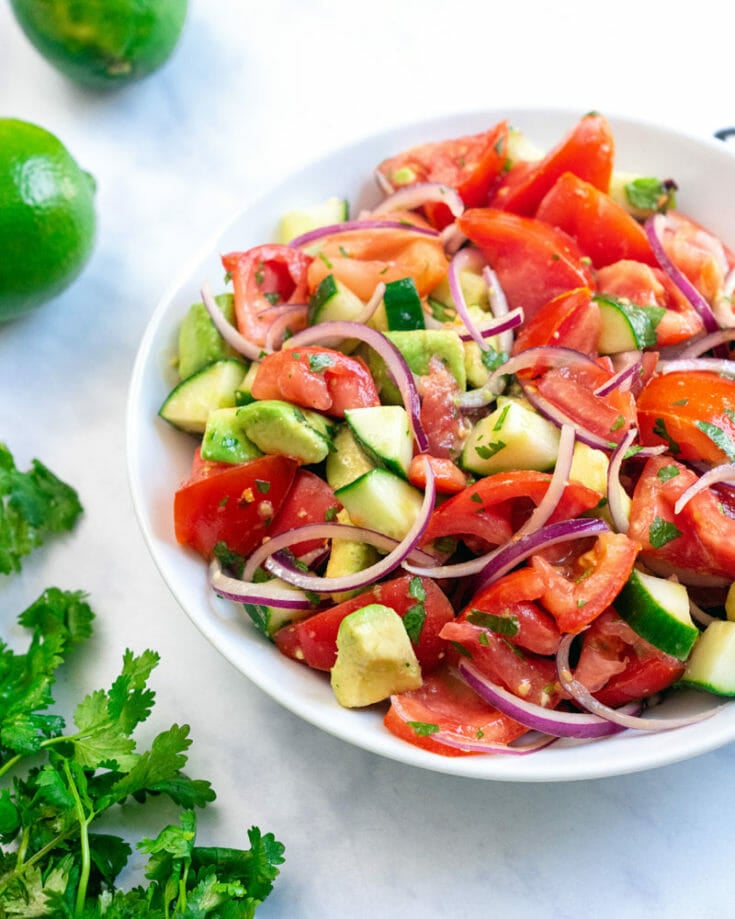 This cucumber tomato avocado salad recipe is all about the ingredients: ripe and juicy tomatoes, cool cucumbers, and creamy avocado. They’re mixed with lime juice and cilantro for a tangy pop that perfectly accentuates their flavors. This one is great as a side dish for any meal; it specifically jives well with Mexican flavors with the lime and cilantro.

This creamy cucumber salad is perfect for barbecues and picnics, a refreshing mix of tangy and salty sliced cucumbers and a sour cream sauce.