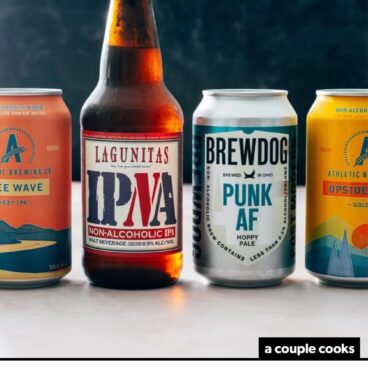 A new type beer of beer is spreading like wildfire, and here’s thing: you can sip it after a workout or enjoy it while pregnant. It’s non alcoholic beer! Alcohol free beer of the past tasted flat and watery. But new technology has enabled a way to make non alcoholic beer that actually tastes good. (Yes, it’s not just O’Doul’s anymore!)

Here at A Couple Cooks, we’re created hundreds of cocktail recipes and love appreciating great alcohol. However, we’ve found ourselves moving toward non alcoholic beer for our everyday drinking! Alex loves to sip on one in the evening with a book. And while I’m pregnant, there’s nothing better than being able to grab a “beer” at my local bar with a friend.

What is non alcoholic beer?

US federal law defines a non alcoholic beer as a beer with less than 0.5% alcohol by volume. This type of beer attempts to approximate the flavor of standard beer without the inebriating effects of alcohol. This makes it ideal for enjoying responsibly, such as before driving, after a workout, or while pregnant.

Keep in mind: because beers labeled “non-alcoholic” contain a very small amount of alcohol, some US states require you to be of legal drinking age to purchase it.

Complaints about non alcoholic beer in the past has been that the flavor is flat and diluted. But new technologies have emerged that allow brewers to create robust flavors without alcohol. One is called controlled fermentation, which allows the brewer to produce beer without alcohol instead of removing the alcohol after brewing, which is detrimental to the flavor. For more on beer technology, see this NPR Article, “Non-Alcoholic Beers Are Finally Good” or listen to the podcast What’s Your Problem? “Beer Without the Buzz.“

So what does it taste like? Many non alcoholic beers on the market taste full-flavored and satisfying, though everything varies based on brand. In general, the beverage looks like a beer with the foam and color, and tastes like a beer with hops and malt flavors. The only thing missing is the effervescence that comes from alcohol.

With some brands, you might at first mistake it for a real beer on first taste. A few sips in you’ll likely find it’s not exactly the same as an alcoholic beer, but the overall experience makes it absolutely worth drinking.

What is the best non alcoholic beer?

Now for the big question: what’s the best non alcoholic beer? One general recommendation: avoid non-alcoholic versions from your favorite standard breweries and instead look for beers from companies that specialize in non-alcoholic brewing. The brands and types available at your liquor store may vary. After taste testing the choices available at our local liquor store, we recommend the following brands and beers:

A few brands to avoid? We’d suggest side-stepping Two Roots Brewing or Lagunitas; the flavor can’t compete with the brands above.

What do you think is the best?

We want to hear from you! Let us know what you think is the best non alcoholic beer in the comments below. We’ll continually update this list as the market grows and changes.

Love to enjoy a drink? Here are a few more of our popular alcoholic drink and cocktail posts: 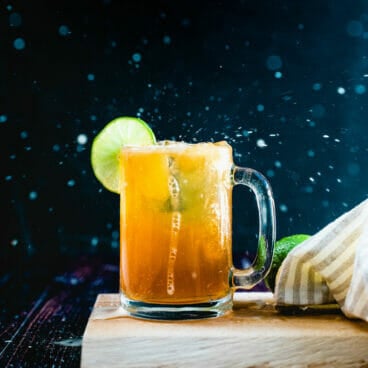 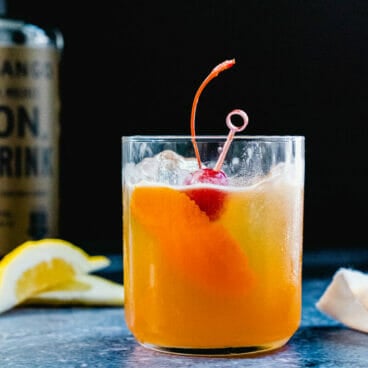 30 Great Cocktail Recipes You Should Know 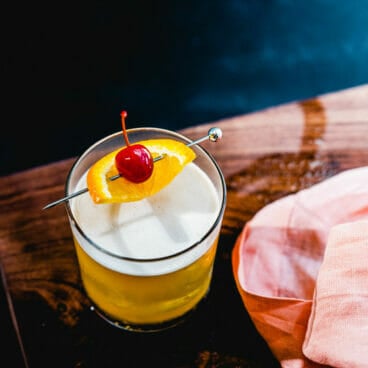 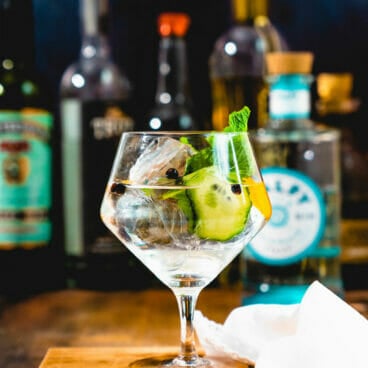