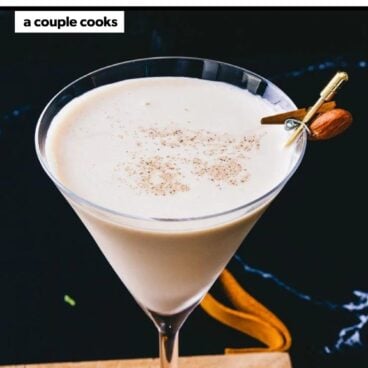 The Toasted Almond drink is a dessert drink starring amaretto and Kahlua! This recipe is a sweet and creamy showstopper.

Looking for a unique dessert cocktail? Try the Toasted Almond drink! This creamy drink balances vodka, amaretto and Kahlua that results in a flavor that’s surprisingly similar to toasted almonds. Something about the coffee liqueur adds in a roasty flavor that makes this drink both balanced and intriguing, all at once. This one surprised us with its delicious flavor: and had us coming back for more (even though we’re not traditionally sweet drink fans).

What’s in a Toasted Almond drink?

The Toasted Almond drink is a dessert cocktail made with vodka, amaretto, Kahlua and cream to mimic the flavor of toasted almonds. The history of the drink is murky: no one seems to know when and where it was invented. The ingredients are similar to a White Russian, invented in the 1950’s. But the addition of amaretto makes it taste like a more balanced dessert cocktail, like a Brandy Alexander. Here are the ingredients in a Toasted Almond drink:

What brings the toasted almond flavor in this drink? Amaretto! Amaretto is an almond liqueur from Italy. It tastes both sweet and bitter, with a strong almond flavor (amaretto means in Italian “little bitter”). This liqueur became popular in the US in the 1960’s and 70’s, spawning many amaretto cocktails like the Amaretto Sour, French Connection, Godfather and others.

There are many brands of amaretto on the market. A common inexpensive choice is Di Amore Amaretto. A higher-end brand we’ve tried is Lazaroni Amaretto: but keep in mind, it has a much stronger and developed almond flavor. Whatever brand you find will work for this recipe!

How to make a Toasted Almond drink (basic steps)

The Toasted Almond drink is a traditional shake and strain cocktail, much like other creamy after dinner drinks! Here’s what to do:

Toasted Almond drink for a crowd: in a pitcher

Making the Toasted Almond drink for entertaining and want to whip up a bunch at once? Stir together the following ingredients in a pitcher to make 8 servings:

Important: when you’re ready to serve, serve the mixture over ice instead of straight up in the glass! This is important to get the dilution that shaking with ice would achieve. 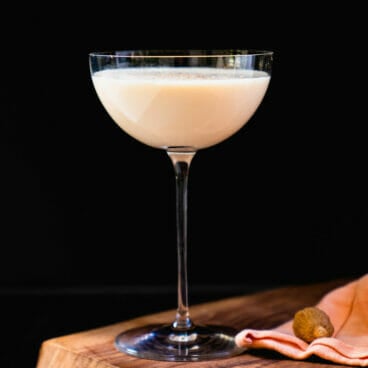 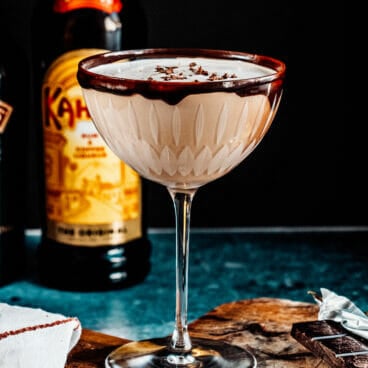 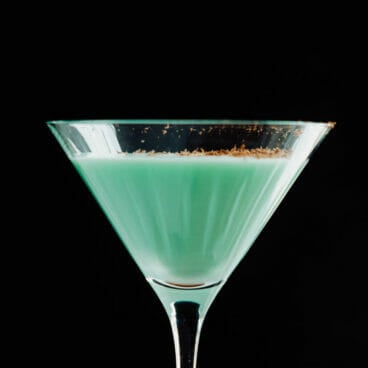 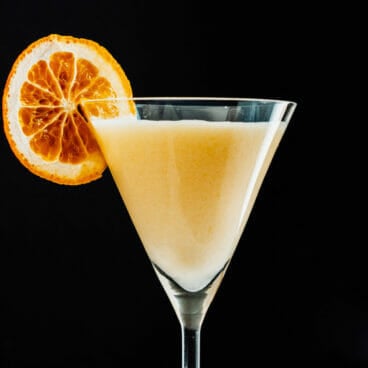 The Toasted Almond drink is a dessert drink starring amaretto and Kahlua! This recipe is a sweet and creamy showstopper.