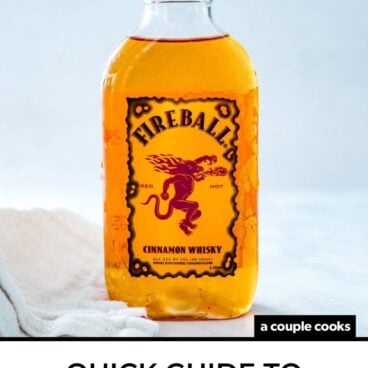 Fireball whisky is a popular flavored whiskey that tastes like cinnamon candy! Here’s what you need to know about using it in drinks.

It’s got a small bottle with a fire-breathing dragon, accompanied by the tagline “Tastes like heaven, burns like hell.” Yes, it’s Fireball whiskey! Or Fireball whisky, since it’s made with Canadian whiskey. Though actually, it’s technically not whiskey at all! This popular liquor might have a low-brow reputation, but it’s a legit flavored whiskey you can mix into a mean drink. Here’s what you need to know about it!

What is Fireball whiskey?

Fireball whiskey is a flavored whiskey: it’s a mix of Canadian whisky, sweetener and cinnamon flavoring. Fireball was developed in Canada in the 1980’s. It was originally part of a flavored schnapps line of Seagram’s, and is now produced by the Sazerac Company.

While it came out in 1984, Fireball didn’t become popular in America until the 2000’s. When the Sazerac Company bought it, they ditched the old name “Dr. McGillicudy’s Fireball Whisky” and gave it a bit of a makeover. In 2016, Fireball had 150 million dollars in sales and surpassed Jagermeister as America’s top selling liquor (source). Now that’s impressive.

Fireball whiskey is not technically whiskey. Bottling requirements stipulate that whiskey must be 40% ABV, and Fireball is only 33% ABV. It’s also sweetened, which puts into the territory of a liqueur or flavored whiskey (like peanut butter whiskey).

Fireball is very sweet, with a strong finish of cinnamon candy and spicy whiskey. It tastes like liquid Fireball candies. It’s pretty strong, and tastes best when mixed into drinks (though it’s also popular as a shot).

How much alcohol is in Fireball? It is 33% ABV (alcohol by volume), which is similar to other flavored whiskeys or liqueurs.

Are there any substitutes? Try any other type of cinnamon whiskey, like Jack Daniels Fire American Whiskey, Jim Beam Kentucky Fire Bourbon Whiskey, or Cinerator Whiskey.

Compared to other liquors, Fireball whiskey is inexpensive. A 750 ml bottle costs about $10 to $13.

Fireball whiskey is most often drunk as a shot or on the rocks, but it’s delicious in mixed drinks, too. Here are some of the best Fireball drinks: 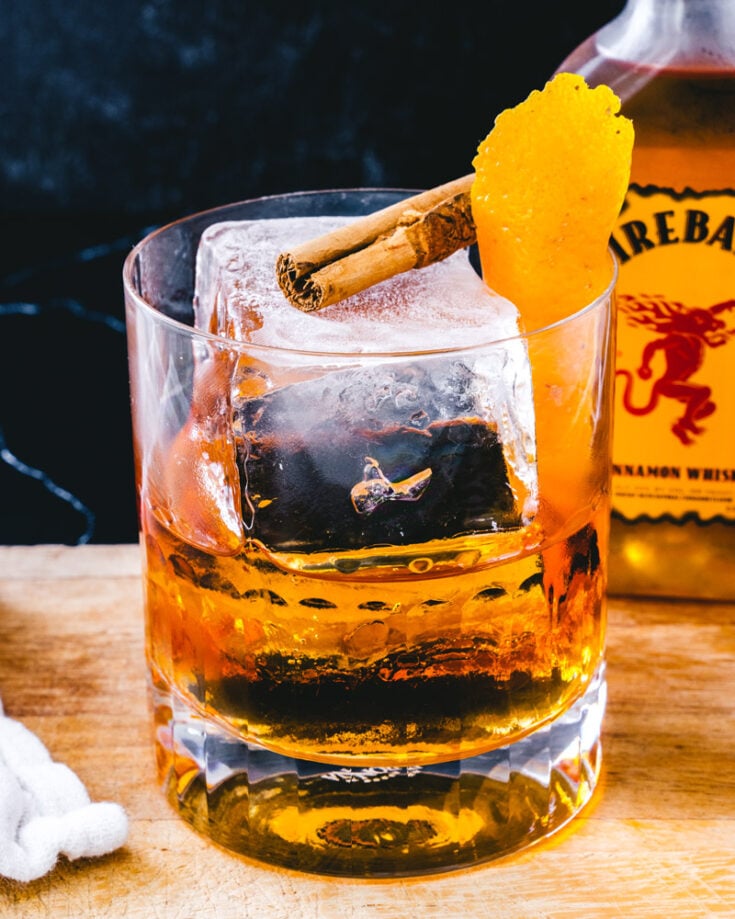 Got a bottle of Fireball whisky to use up? Try the Fireball Old Fashioned! The typical Fireball drink is sweet, mixing this cinnamon whisky with ginger ale or apple cider. But why not turn it into an Old Fashioned? Adding a splash of Fireball to this classic gives it sweetly spiced notes on the finish. In fact, you can skip the sugar entirely. 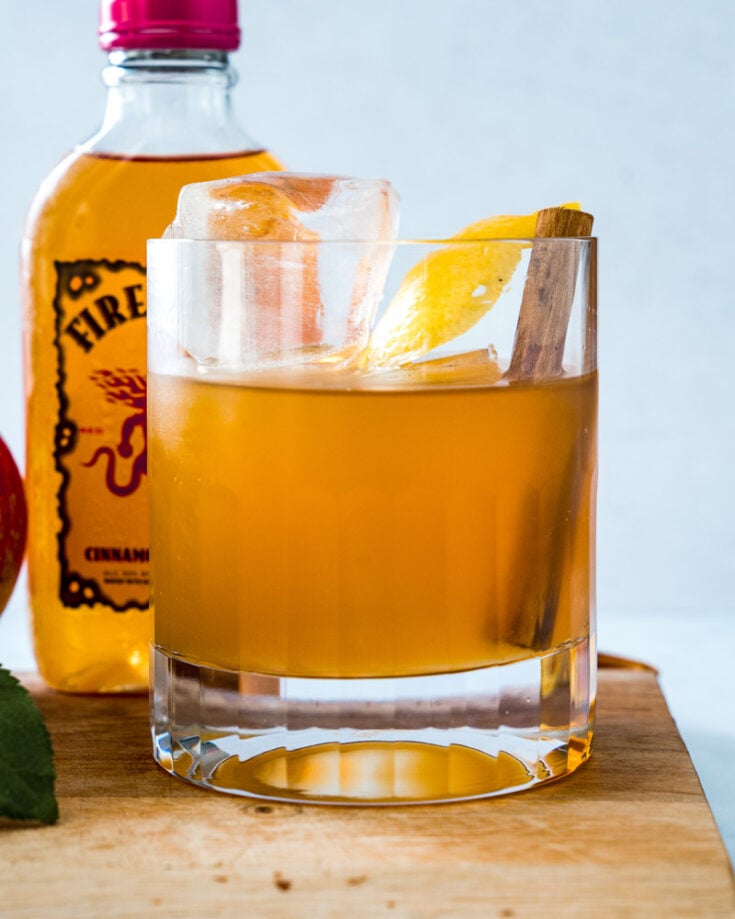 Want a quick and easy Fireball drink? Try Fireball and Apple Cider! These two pair perfectly: spicy cinnamon blends seamlessly with tangy sweet cider. Take one sip and it will blow you away! (It did for us.) This combination was made to be. Fireball whiskey might have a lowbrow reputation, but mix it up just right and it tastes like a sophisticated craft cocktail perfect for fall and winter. 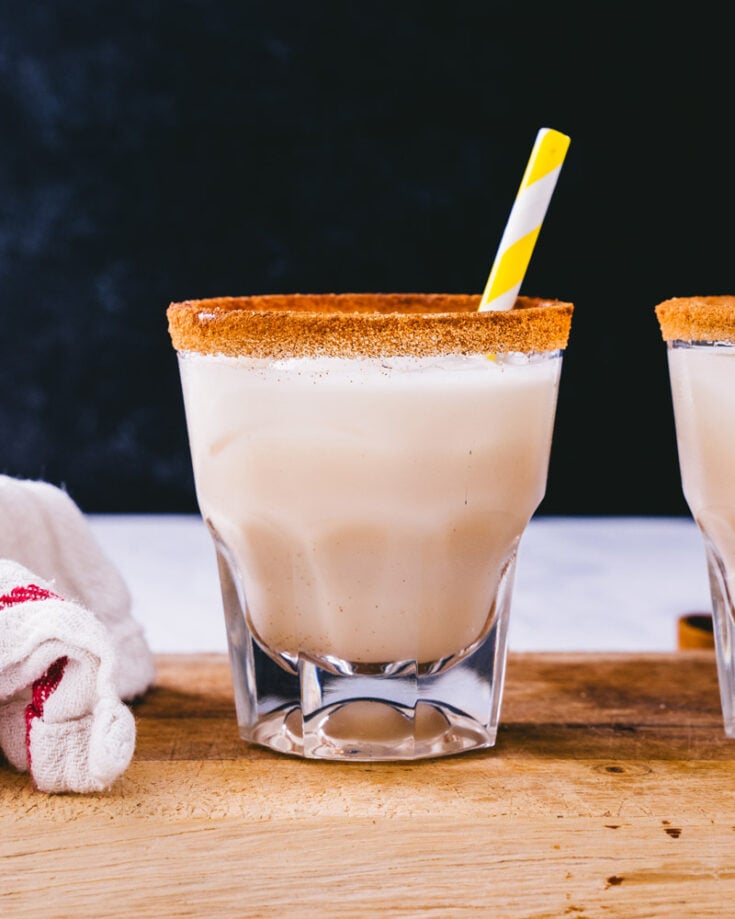 Looking for a fun cocktail to impress your friends? Try the Cinnamon Toast Crunch shot! Yes, you heard that right. The sugary cereal is recreated as a cocktail using Rumchata and Fireball whisky. What does it taste like? Well, about what you’d expect. Creamy, impossibly sweet, and full of spicy cinnamon flavor! This one's for sweet drink lovers. 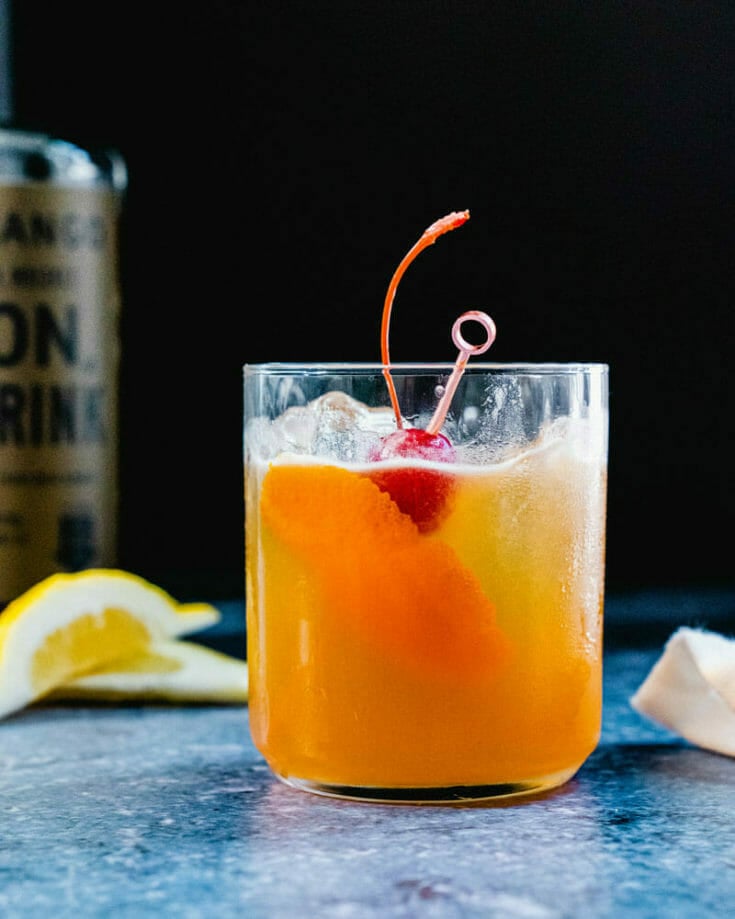 Did you know you can make a whiskey sour using Fireball whisky? The Fireball adds spicy and spiced notes that take this drink to a new level! But beware: don't replace 100% of the whiskey with Fireball. Use only ½ ounce of the stuff! Head to the recipe and use ½ ounce of Fireball and 1 ½ ounces whiskey.

One last way to drink Fireball: as a Whiskey Highball! This two-ingredient cocktail originated around the turn of the 20th century and it’s still popular to this day. Why? It’s so easy to make: no cocktail shakers or fancy ingredients required! All you need is soda water to dilute your Fireball. It really lets you enjoy the complexity of the flavors in a good whiskey.