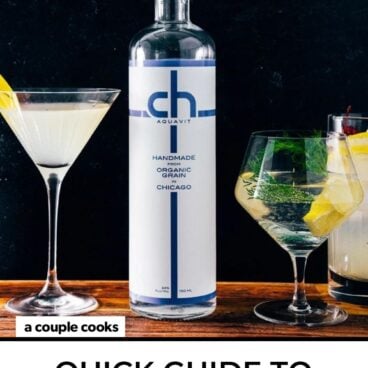 Aquavit is a Scandinavian spirit that’s worth seeking out! Here’s more about this caraway-flavored liquor and how to use it in cocktails.

Here’s a Scandinavian spirit that’s worth seeking out: Aquavit! This neutral distilled liquor is a bit like gin, but it’s flavored with caraway and dill instead of juniper. It makes for a distinctive, savory and herbal finish that’s unlike any other spirit! It’s great for drinking straight up, but even more fun in cocktails (Nordic Sidecar? Bjorn Collins? Yes please!).

Aquavit or Akvavit is a distilled spirit (like gin or vodka) that’s been produced in Scandinavia since the 15th century. It’s flavored with herbs and spices, primarily caraway and/or dill. Aquavit is the national spirit of Scandinavia, so it’s part of meals and culture in Sweden, Norway and Denmark.

Most aquavit is unaged, so it’s clear in color and straightforward in flavor, with an herbal punch. But much of the aquavit made in Norway is aged in sherry casks, which makes it golden in color and gives more nuance and sophistication to the flavor. (If you can find it, we recommend aged aquavit!)

Unaged aquavit has a neutral flavor and a herbal, caraway finish: think of it like a less-floral version of gin. Aged aquavit has notes of vanilla and oak to compliment the caraway and other herbs.

How much alcohol is in Aquavit? It is 42 to 45% ABV (alcohol by volume), so it has an alcohol content similar to vodka and gin.

Are there any Aquavit substitutes? Aquavit is similar to gin, but its flavor profile is more savory with caraway as the star instead of juniper. There’s really nothing like the real thing!

Aquavit is a unique spirit that’s worth seeking out. If you can find it, go for aged aquavit: the depth in flavor is much deeper and more nuanced than unaged. Aquavit is often drunk straight, but we like it in cocktails like the Nordic Sidecar or an Aquavit and Tonic (below).

You can drink it straight up, room temperature or chilled, but it’s also great in cocktails! Again, think of it as a savory gin or an herbal vodka. Here are a few Aquavit cocktails to try: 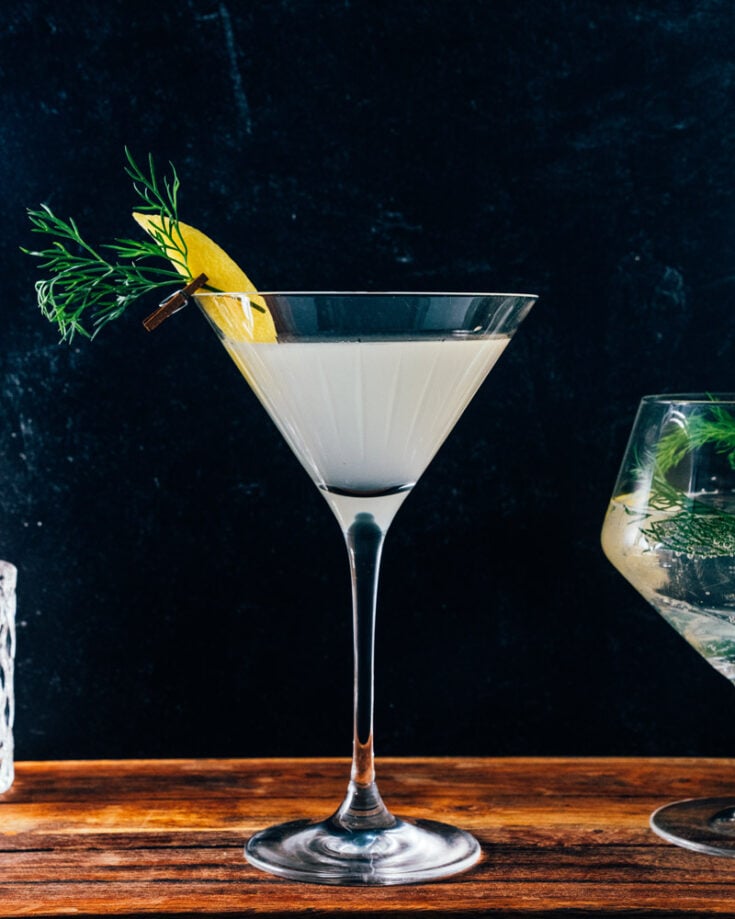 The Nordic Sidecar is a spin on the classic sour cocktail using Aquavit instead of Cognac! Its earthy and tangy, with just the right caraway finish. **In the linked recipe, substitute aquavit for Cognac add 1 ounce simple syrup. 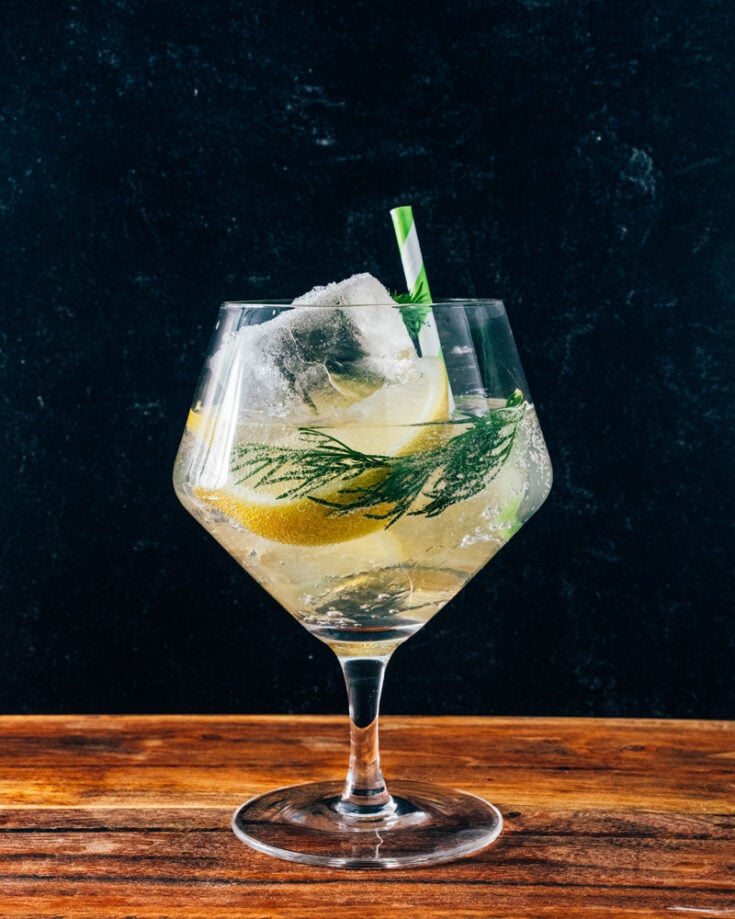 What's better than a classic G&T...with aquavit instead! The tonic water opens up the herbal flavors in this liquor perfectly. Add dill for a garnish! **In the linked recipe, swap aquavit for gin. 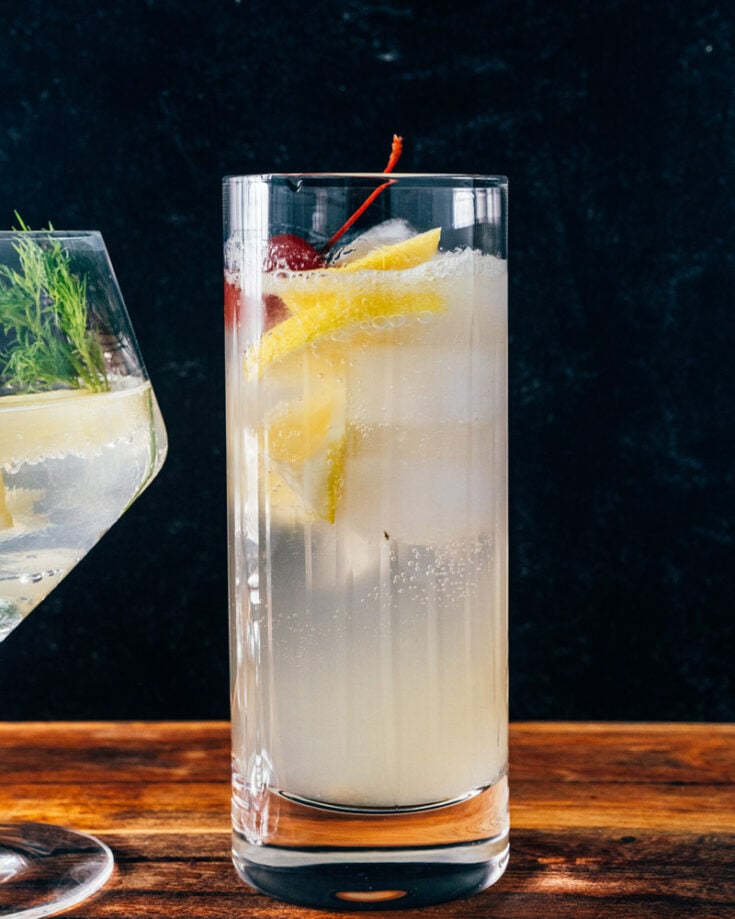 This Nordic spin on the John Collins swaps the gin for aquavit, making a deliciously herbal, bubbly drink. (We named the drink after my cousin because...why not?)

Aquavit is a Scandinavian spirit that’s worth seeking out! Here’s three ideas of how to use it in cocktails.

For the Nordic sidecar

For the Aquivit and tonic

For the Bjorn Collins