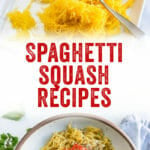 Everyone’s favorite vegetable can be made into everything from an easy side to mac and cheese to pad Thai. Recipes with spaghetti squash don’t have to be boring!

What’s more fun than squash masquerading as pasta? Cooking spaghetti squash and scraping it into long, luxurious noodles seems like a trick invented by a clever marketer. But of course it’s all due to good old Mother Nature! Everyone’s favorite squash can be made into so many different things: mac and cheese, pad Thai, and spaghetti with marinara. And at its best: it’s a simple side dish. Here are our favorite spaghetti squash recipes: plus a little background info on this popular fall vegetable.

How to cut spaghetti squash

While most people think they know the right way to cut spaghetti squash: there’s actually a trick to it! Cutting it width-wise actually makes for the longest, most luxurious noodles. Here’s a video Alex made that shows you exactly how to cut it!

As you might guess from its bright yellow color, spaghetti squash is full of nutrients. According to the Harvard TH Chan School of Public Health, squash is full of beta carotene, protein, Vitamin C & B6, potassium, and fiber. While there are no studies to cite on specific health benefits of spaghetti squash, here’s what we can say! A diet rich in vegetables and fruits can reduce the risk of heart disease and stroke, prevent some types of cancer, and have a positive effect on blood sugar to keep your appetite in check.

Sounds pretty good to us. Ready to get cooking? 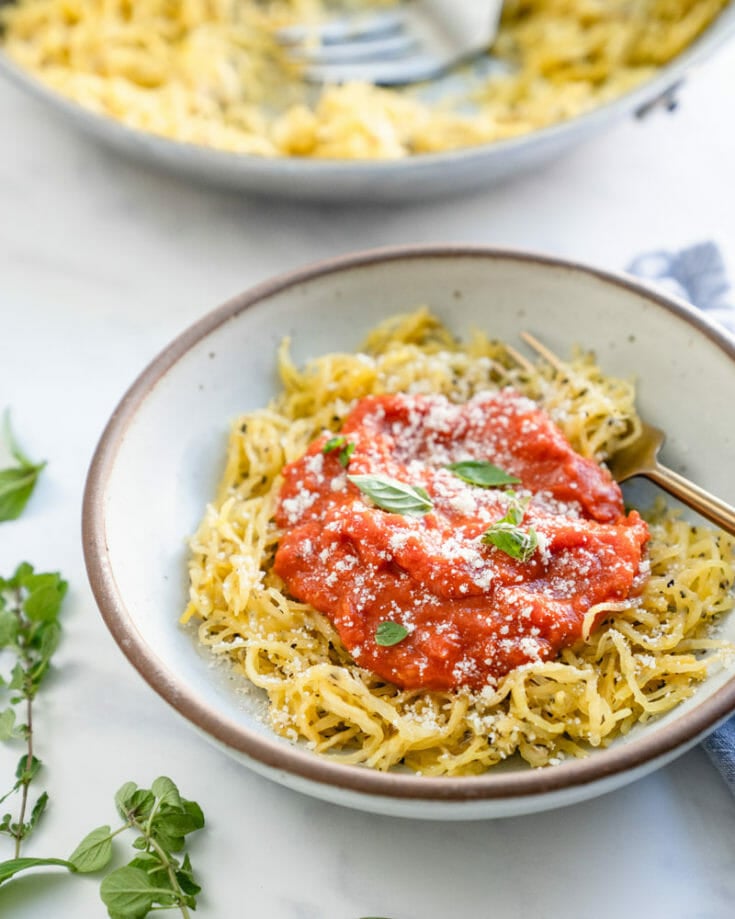 The very best spaghetti squash recipe? Spaghetti squash spaghetti! Roast up the squash (or cook it in the Instant Pot!). Then saute it with garlic and herbs to up the Italian flavors. To serve, douse it in your very favorite marinara sauce! Add a generous sprinkling of Parmesan cheese (or vegan Parm) and it's a tasty side dish! To make it filling enough for a main dish, add lentils, meat, or vegan meatballs or another side of hearty plant based protein. 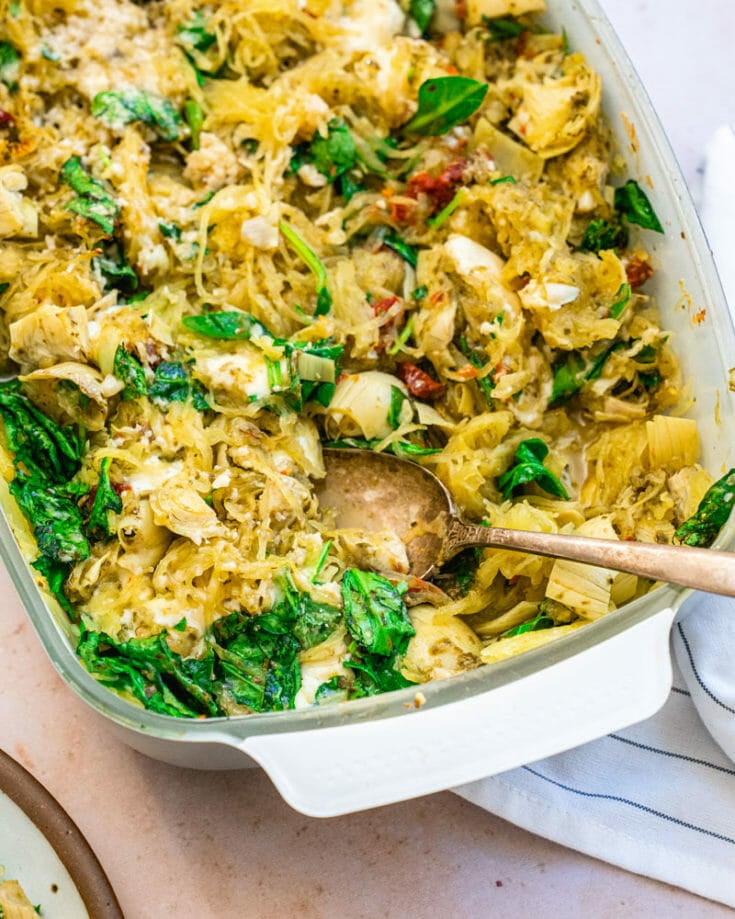 This casserole is an Italian style spin on the traditional, featuring basil pesto, sundried tomatoes, mozzarella cheese, and Parmesan cheese. It’s seriously hearty and satisfying. Serve it as a vegetarian main dish with a few sides (like these?), or as a showy side dish when entertaining or for a pitch in. 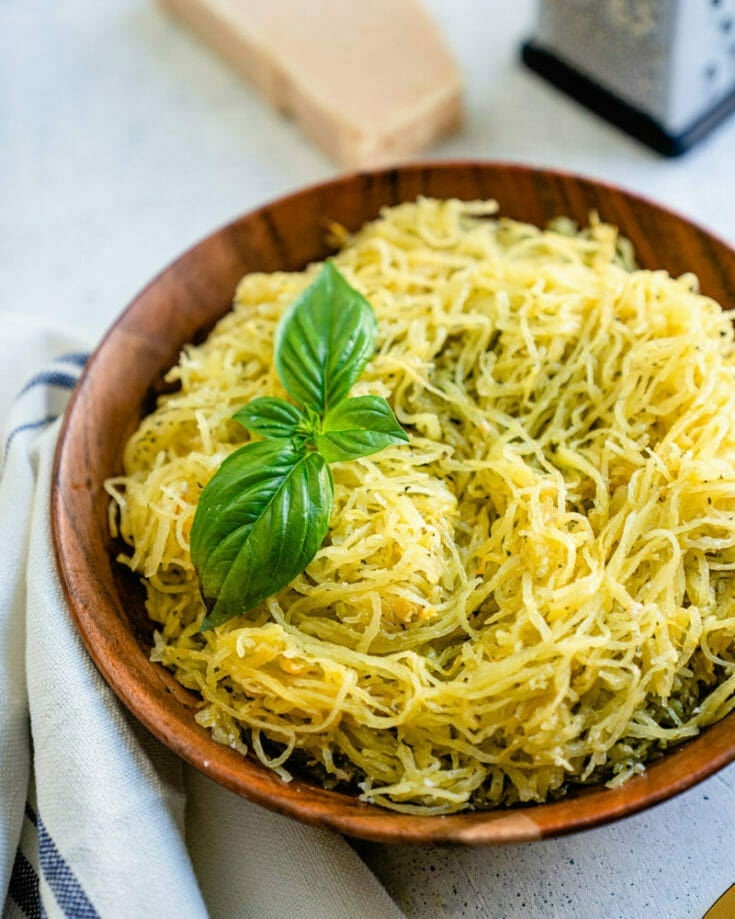 Here’s an easy spaghetti squash recipe that we’ve been making often as a healthy side dish. The tender squash noodles are swirled with basil pesto and doused with fluffy grated Parmesan. WOW! I announced after my first bite. And we hope you will too! (Side note: Kids love it.) You can make this in the oven or pressure cooker: and you’re going to want to make it all the time. 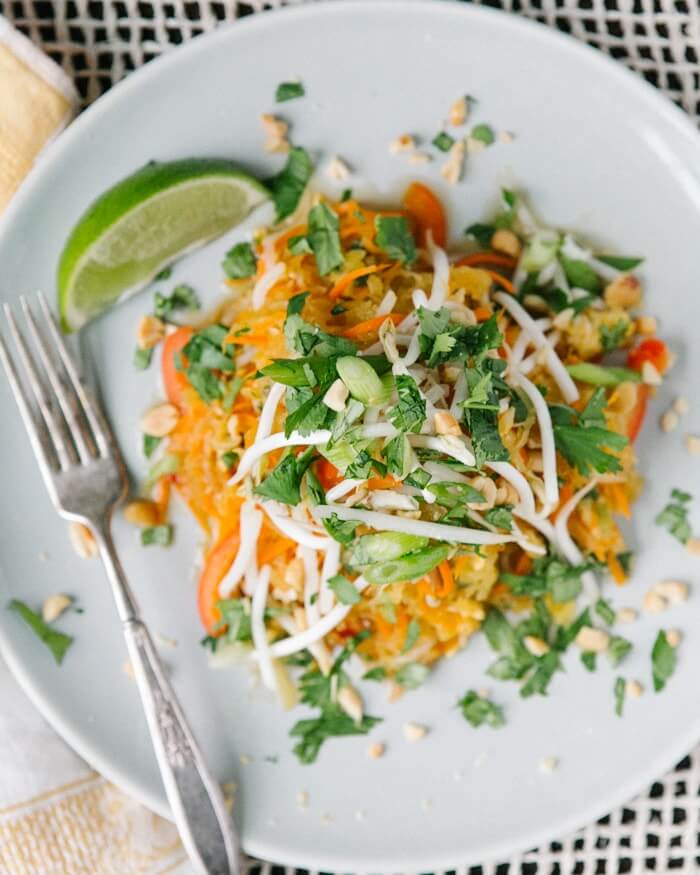 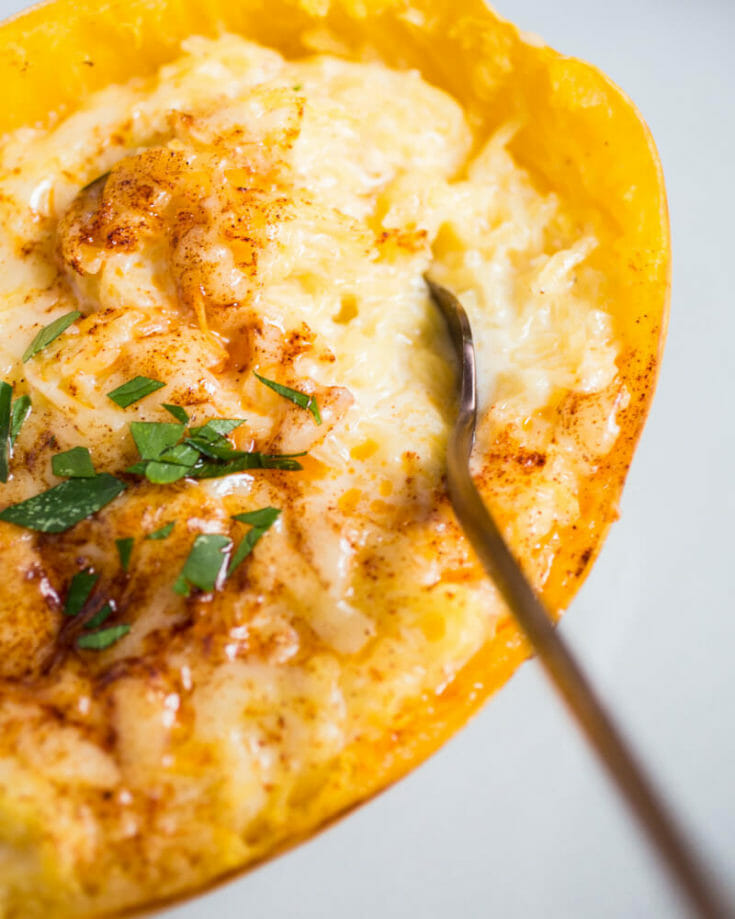 This mac and cheese recipe is just as comforting and homey as it sounds. The spaghetti squash noodles are mixed with a creamy cheesy Béchamel sauce made with Gruyere cheese, a pinch of nutmeg and a dash of white wine. It sounds fancy, but at its core: it's comfort food at its finest. Roasting or pressure cooking spaghetti squash transforms its interior into long, slender "noodles." You can even use the squash shell as a serving dish! 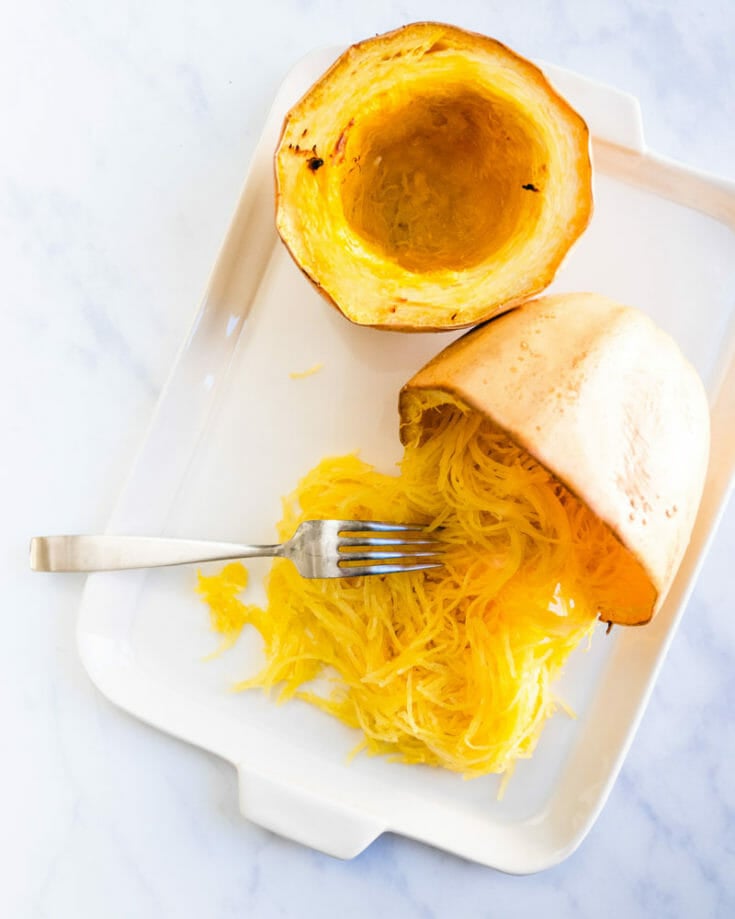 Here's the right way to roast spaghetti squash! This trick makes for the longest, most luxurious spaghetti squash noodles. What's the secret? Cutting the squash in half width-wise instead of lengthwise makes for longer noodles. Head over for the full method! 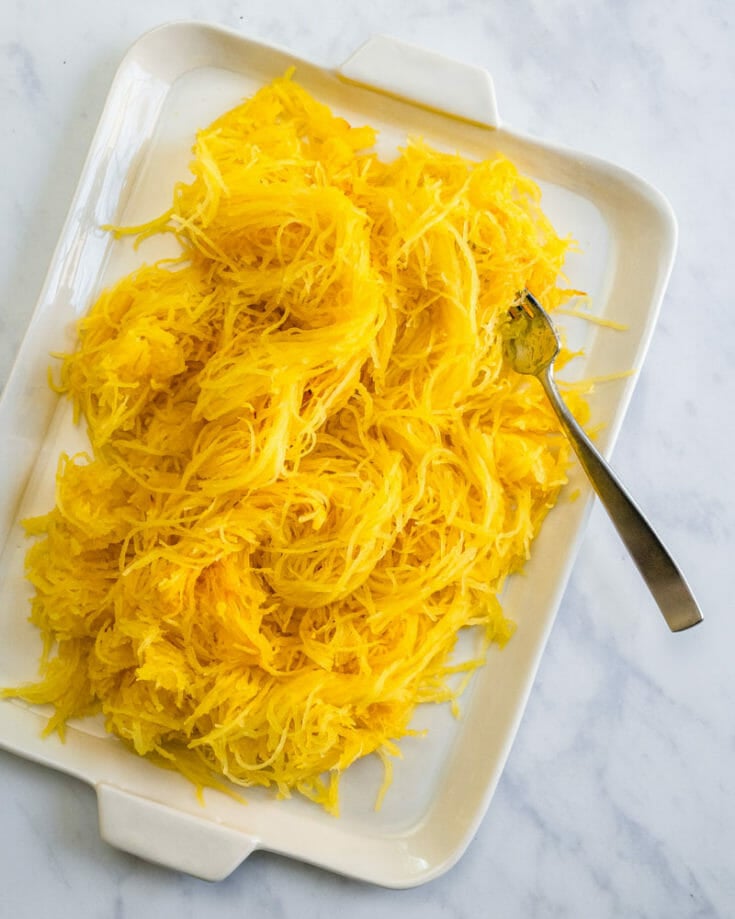 This Instant Pot spaghetti squash recipe is done in less than 30 minutes! And the cook time is only 8 minutes. That's game changing in our book, since the roasting method takes over 1 hour to cook. Because of the Instant Pot method, we've been cooking up spaghetti squash more than ever in our house! Head over for our easy method.

This easy roasted spaghetti squash recipe dresses up the squash “noodles” with pesto and Parmesan cheese!

Love butternut squash? Found an acorn squash but no spaghetti squash at your market? Here are some resources for other types of squash:

We’re Sonja and Alex Overhiser, the recipe developers and cookbook authors behind this website.
Our obsession? Resources and recipes for home cooks. We help millions of people all over the world get food on the table every day.
—–
Find a recipe I Learn about us
—–
Seen on the Today Show and Washington Post