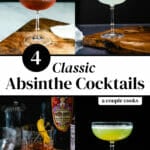 Here are the top classic absinthe cocktails! This outlawed liquor is now back in good graces, giving reason to try these famous drinks.

There’s no liquor with more intrigue than absinthe. Called the “Green Fairy,” this black licorice-flavored liqueur has been ripe with controversy since the early 1900’s. Picasso painted it, and Hemingway created drinks with it. In fact, it was banned in the US and Europe until 2007! Turns out it’s perfectly safe, not unlike any other liquor like gin, vodka, whiskey or tequila. But even today, its aura of mystery still holds.

Here are the top classic absinthe cocktails to make, each with its own unique history and place in the cocktail lexicon. The flavors are as varied as can be, from a sweet tart sours to bubbly champagne cocktails to a boozy drinks from New Orleans. Ready to get sipping? 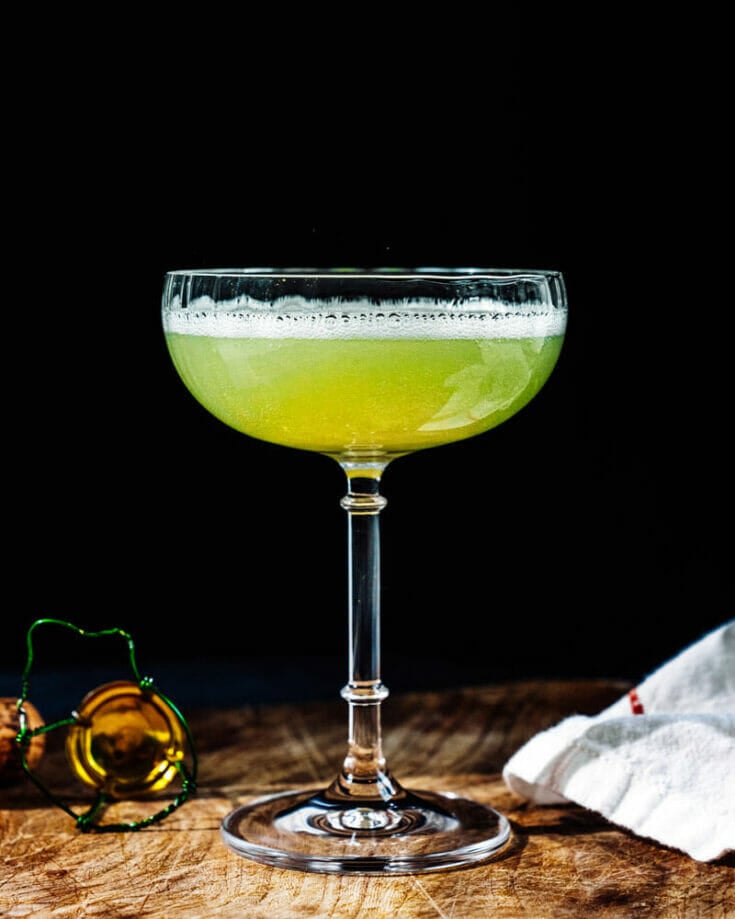 Death in the Afternoon

Here’s one of the most fun absinthe cocktails around: Death in the Afternoon! This iridescent green cocktail stars the combination of absinthe and sparkling wine, and the flavor is delightfully intriguing.

Death in the Afternoon was invented by the writer, Ernest Hemingway. The name comes from his book, Death in the Afternoon, and was first published in a cocktail book in 1935. A key feature of this cocktail its cloudy color. In fact, in the original recipe Hemingway states to “add iced Champagne until it attains the proper opalescent milkiness.” 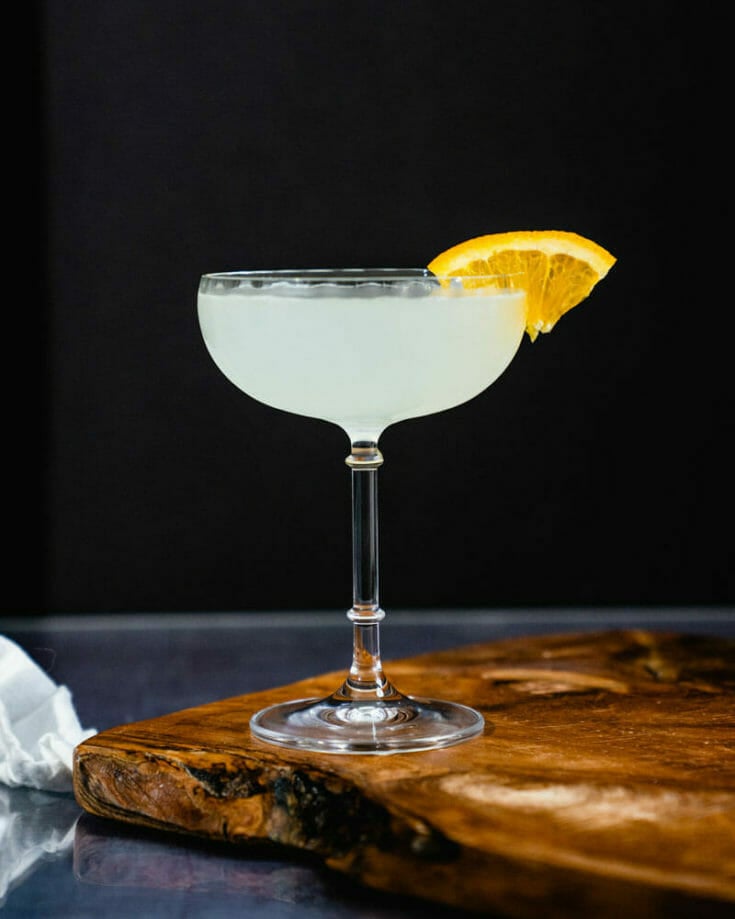 Here’s a classic absinthe cocktail that’s as unique as its name…the Corpse Reviver No 2! Turns out, it has nothing scary or ghoulish about it. In fact, it’s damn good. It’s a classic gin sour cocktail that’s tart and zingy from lemon juice and orange liqueur, with a hint of licorice on the finish. In fact, the drink is very similar to the makeup of a Margarita or Sidecar.

The Corpse Reviver is a family of cocktails with a humorous name: indicating the strength of the drink was enough to bring a body back from the grave. The most famous of those is Corpse Reviver No 2. This drink was printed in the renowned Savoy Cocktail book in 1930.

Here’s a boozy absinthe cocktail that’s one of the greats: the Sazerac! If you love spirit-forward drinks like the Old Fashioned, this one’s for you. The surprise element: absinthe gives a black licorice finish to each sip! This outlawed liquor is now back in good graces (since 2007, at least), and it’s good reason to try this famous slow sipper.

The Sazerac is the official drink of New Orleans and one of the oldest cocktails there is. The exact history of the drink is murky, but it was invented in New Orleans in the mid-1800’s. 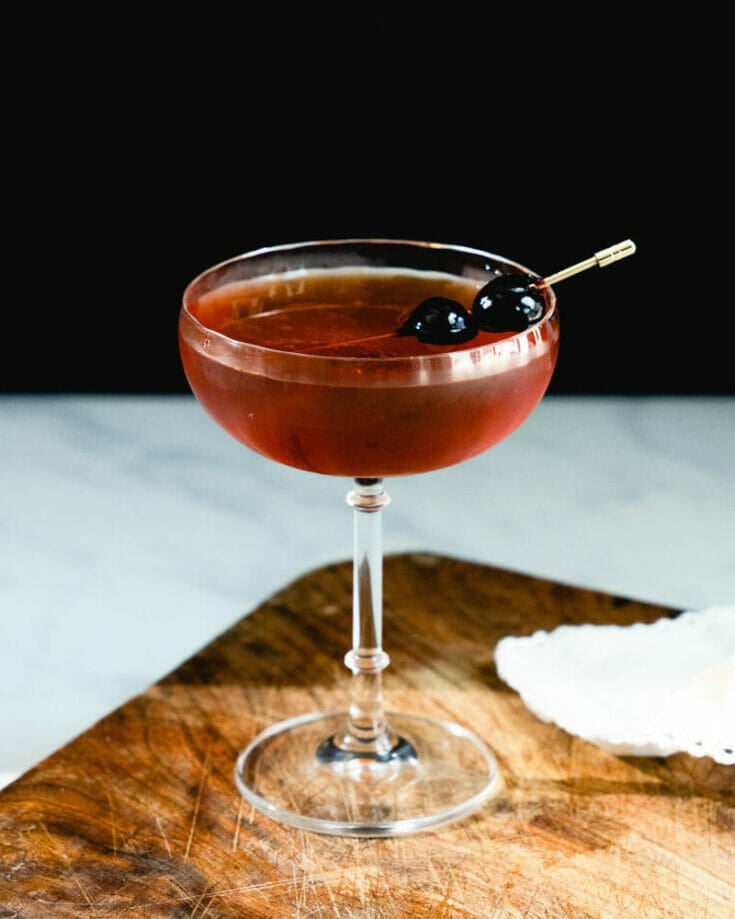 A final in our classic absinthe cocktails: the La Louisiane! This unique mixed drink is a classic cocktail from the 1800’s that most people have never heard of. It’s a lot like a Sazerac: but better. How? Well, it’s rounded out with more complexity in flavors: it’s herbal from Benedictine and lightly sweet from vermouth. And of course there’s absinthe, the historically banned liquor that adds a black licorice finish to each sip.

The exact date La Louisiane appeared is unknown, but it was likely invented between 1880 and 1912, when absinthe was banned. It began as the house cocktail of the Restaurant La Louisiane in New Orleans.

Absinthe is quite the controversial liquor. In fact, it was illegal in the US for almost 100 years! It was so iconic that famous painters even immortalized it in their paintings (like Picasso). But never fear: scientists of today have determined that absinthe is perfectly safe consumed in moderation. Here’s what to know before grabbing a bottle of absinthe:

Death in the Afternoon is a must-try absinthe cocktail credited to Ernest Hemingway! This easy drink is bubbly with a black licorice finish.