Vegan Bacon: 3 Ways to Make It 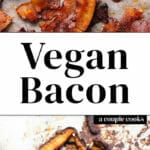 Craving bacon but want to eat plant based? Here are 3 delicious ways to make vegan bacon that are unbelievably smoky and delicious!

Craving bacon? Us too. Alex and I eat a mostly whole food plant based diet. So sometimes, we just need us some bacon. Now, we don’t eat 100% plant-based, so sometimes we just eat a little of the real thing. But if we’re looking to infuse bacon-y flavor into a vegetarian or vegan recipe, there’s an invention for that. It’s vegan bacon!

Vegan bacon can be made with lots of different ingredients. Alex and I have have three different methods that we like to use! Here’s an outline of the methods:

Each method has different advantages and best uses. Alex and I actually use all three depending on what we’re making. Scroll down to read more about each one, then click “Get Recipe” to go to the recipe!

Vegan bacon: 3 ways to make it! 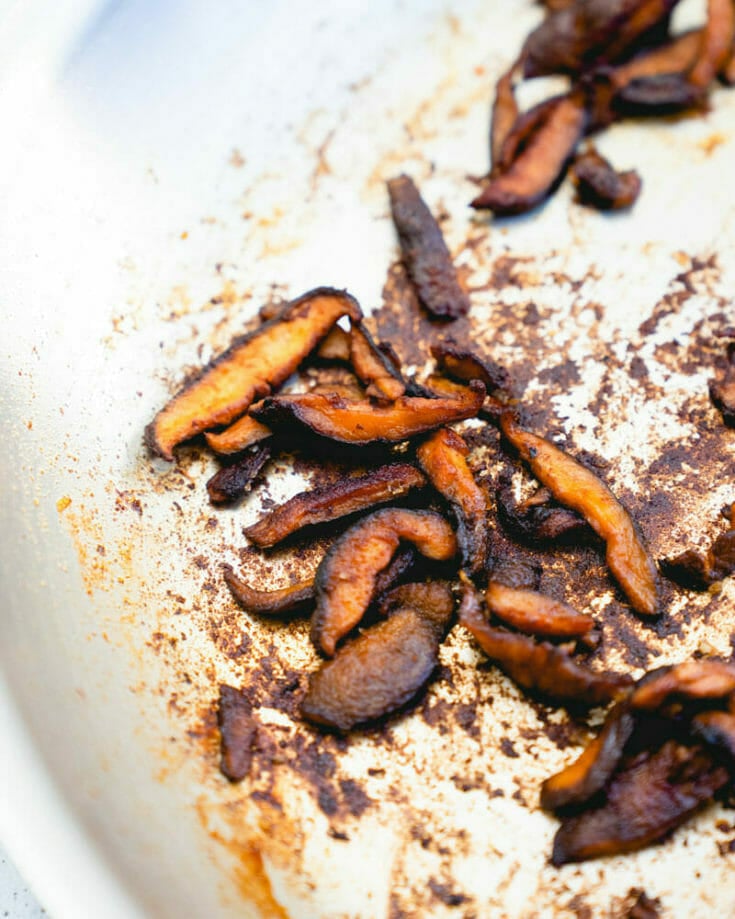 Use For: The recipe makes a small quantity (about ½ cup). The small slivers are perfect for sprinkling on potato soup, adding to pizza, or throwing into a Cobb salad. A sprinkle would also be nice on a veggie burger.

SCROLL DOWN for the recipe. 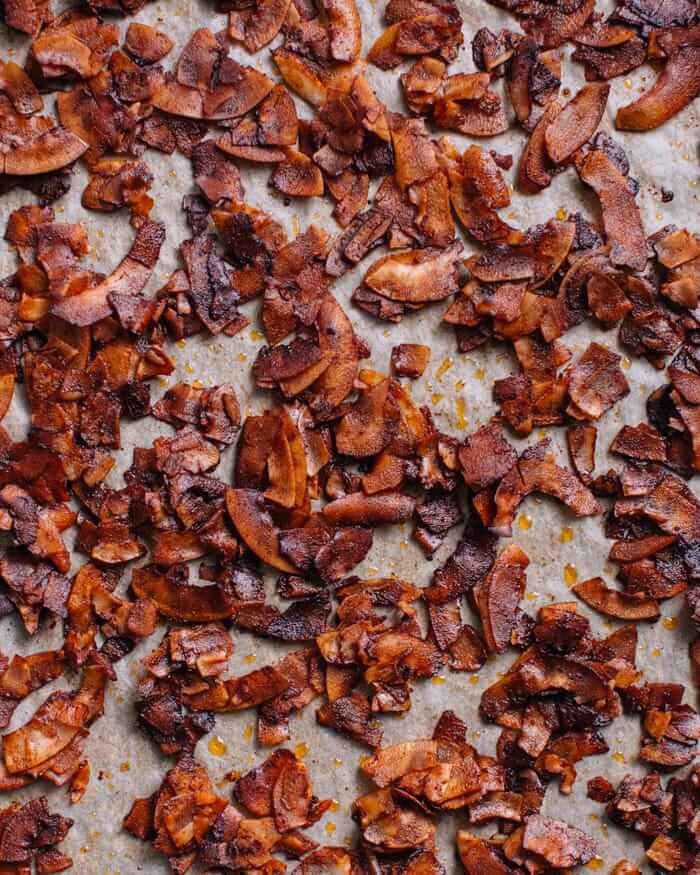 Large coconut flakes are perfect for making vegan bacon! They're infused with a spicy, smoky flavor that both crisps in the oven and maintains chewy parts, reminiscent of the crispy and fatty texture of bacon.

Use For: The recipe makes quite a bit (2 cups). The crunchy flakes are great for garnishing soups, throwing into a salad, or even banana pancakes. 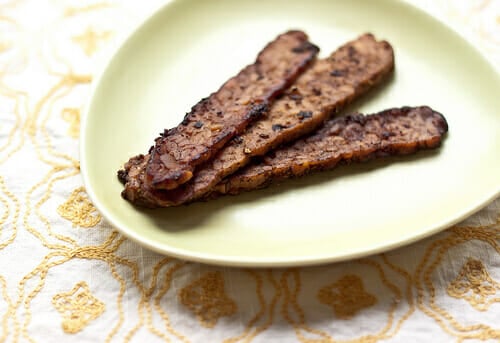 Our final method for making vegan bacon: tempeh! Tempeh is a soy product that has a firm texture and nutty flavor. Sliced into strips, it easily takes on the smoky flavor of bacon.

Method: Thinly slice the tempeh, then saute it with soy sauce, liquid smoke, cumin and cayenne.

Use For: Tempeh has lots of protein, so it's a more filling option than the first two methods. Because it's more substantial, this works great in a Vegan BLT Sandwich or alongside a Tofu Scramble.

There are lots of great ways to serve vegan bacon! Here are a few of our favorites:

Cravings for smoky and salty are satisfied in this vegan bacon recipe! Use this genius vegan mushroom bacon to top soups, salads, and more.

More resources for eating plant based