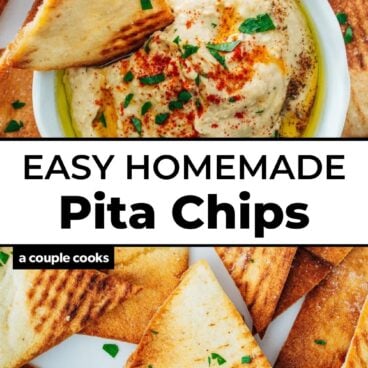 It’s easy to find good pita chips at the store. But here’s the thing: they taste even better baked in your own oven. Try this homemade pita chips recipe! We love a good bag of store-bought pita chips, but they can have a heavy, artificial aftertaste. Make them at home and they’re delightfully salty and crisp! Season them with just salt, or add your own creative seasoning blends. There’s nothing better for dipping than a homemade chip.

The type of pitas to buy

The most important part about this homemade pita chips recipe? The pita bread itself. Look for pita pockets, not single-layer thick pitas. Why? Thin pita chips are the crispiest. You’ll want pockets so you can separate them into two layers. If you make them without separating the layers, they are tough and can become more stale during storage.

Tips for how to make pita chips

Pita chips are pita bread that’s cut into pieces and baked until golden brown. It’s very easy to make at home, once you keep a few tips in mind. Once you’ve made them once, you barely need a recipe and you can get creative with seasonings. Here are a few tips to keep in mind when making this pita chips recipe (or jump to the recipe below):

Once you’ve got a batch of pita chips warm from the oven, it’s time to get to dipping! There are many different dips to try: not just good old hummus! Here are the best dips to serve with pita chips:

These pita chips hold up well in storage. Here are a few tips for keeping the chips crispy over time:

And that’s it! Let us know if you try these pita chips in the comments below. They’re a big hit around here (and perfect with our favorite Hummus Dip).

Homemade chips and dip are perfect for entertaining! Here are a few more favorite recipes: 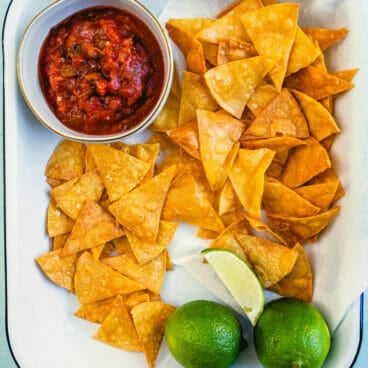 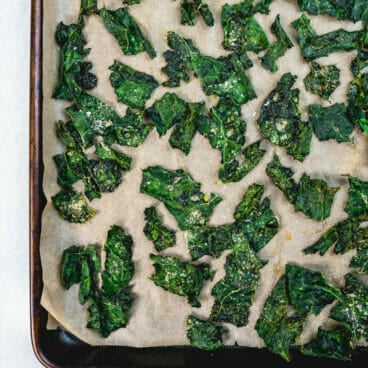 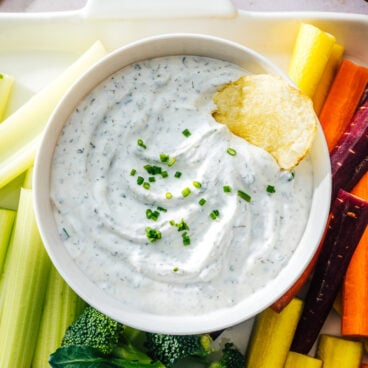 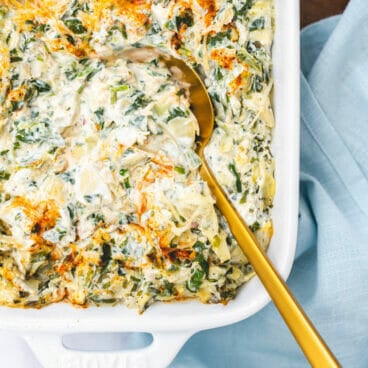 This homemade pita chips recipe is…

*We recommend using pita pockets because cutting it in half makes thinner crisps. Avoid the type of pita bread is thick and single-layered.