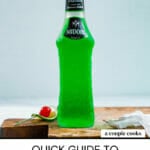 Midori is a bright green melon liqueur that deserves a place in your collection! Here’s more about it and how to use it in cocktails.

Here’s a unique liqueur that tastes as bright as a looks: Midori! This electric green liqueur was at its highest heights in the 1980’s, when neon drinks were the norm. But today it’s seeing a bit of a resurgence: and we think it’s worth adding to your collection. This melon-flavored liqueur tastes a bit like a watermelon Jolly Rancher, but if you use it correctly it can be seriously delicious. Here’s what to know!

Midori is an electric green, honeydew melon-flavored Japanese liqueur. It was first released in 1964 with the name Hermes Melon Liqueur. When released in the US in 1978, the name changed to Midori, the Japanese word for green.

Midori became popular in the 1980’s, where it was often paired with sour mix and vodka to make a sickly sweet party drink, the Midori Sour. It got a bit of a bad rap and fell out of a popularity. Today it’s had a bit of a resurgence in cocktails. Use it wisely and it adds a sweet honeydew melon flavor and lovely green color.

How much alcohol is in Midori? It is 21% ABV (alcohol by volume), so it has a relatively low alcohol content. Compare it to 40% ABV for spirits like whiskey, rum, vodka and gin.

Are there any substitutes? Midori is a unique liqueur that’s worth seeking out. But in a pinch, you can substitute Bols green watermelon liqueur.

Midori has a deliciously candy-sweet flavor that makes a great cocktail when it’s paired with fresh citrus or other liquors. We love it in a modern Midori Sour.

Confession: we weren’t of drinking age in the 1980’s, so we don’t have any of the retro baggage related to this ultra-popular liqueur. While it has since faded in popularity, we think it deserves a revival.

Midori is usually used in cocktails, not consumed straight or as a shot. Here are the most popular Midori cocktails: 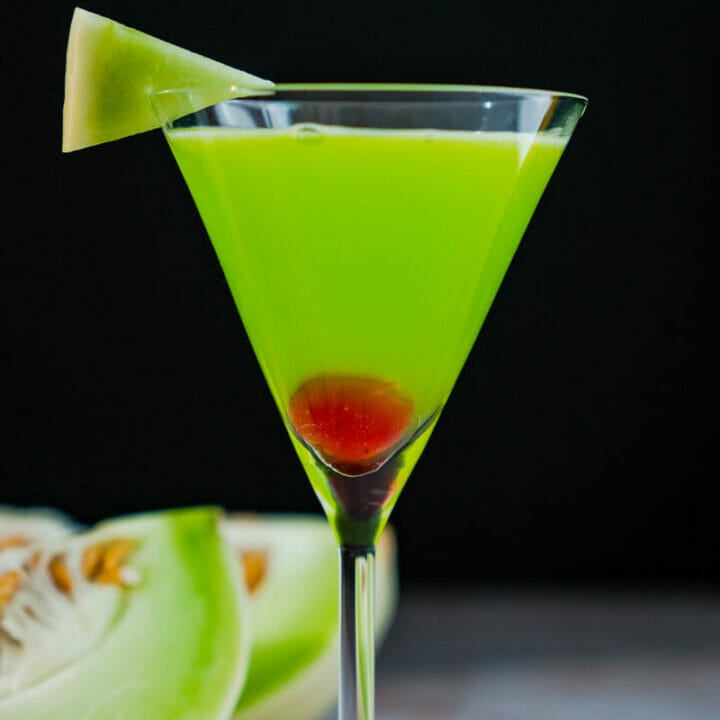 The Japanese Slipper was invented in 1984 in Australia by a French bartender. A sales rep brought him a bottle of the new Japanese melon liqueur, Midori. He mixed it with lemon juice and Cointreau, an orange liqueur from his native France. It became an instant hit: it's citrusy, melon-scented, and surprisingly well balanced. 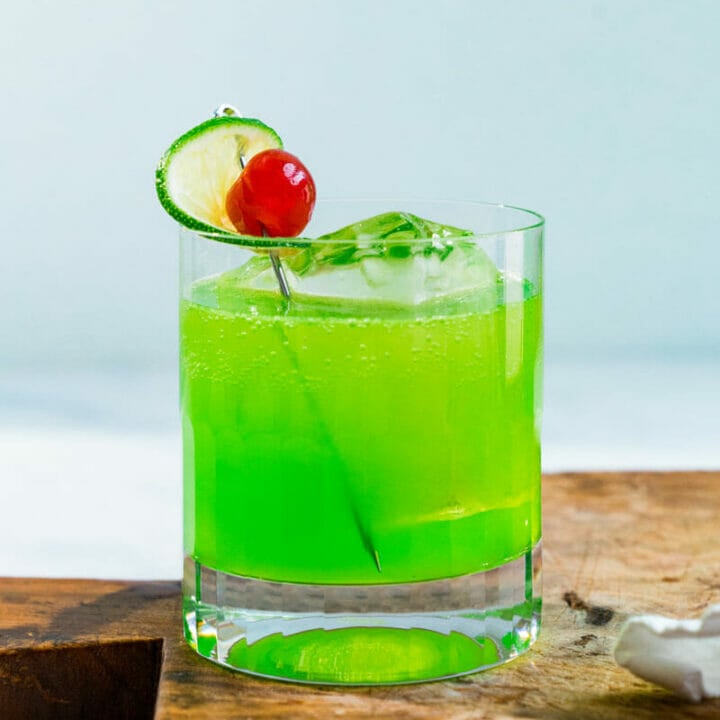 This 1980’s Midori cocktail is like the drink equivalent of a melon Jolly Rancher. But it’s not overly sweet: it’s perfectly sweet tart! This drink was big in the 1980s and 90’s made with sour mix, but try our refreshed version of this classic with real lemon and lime. 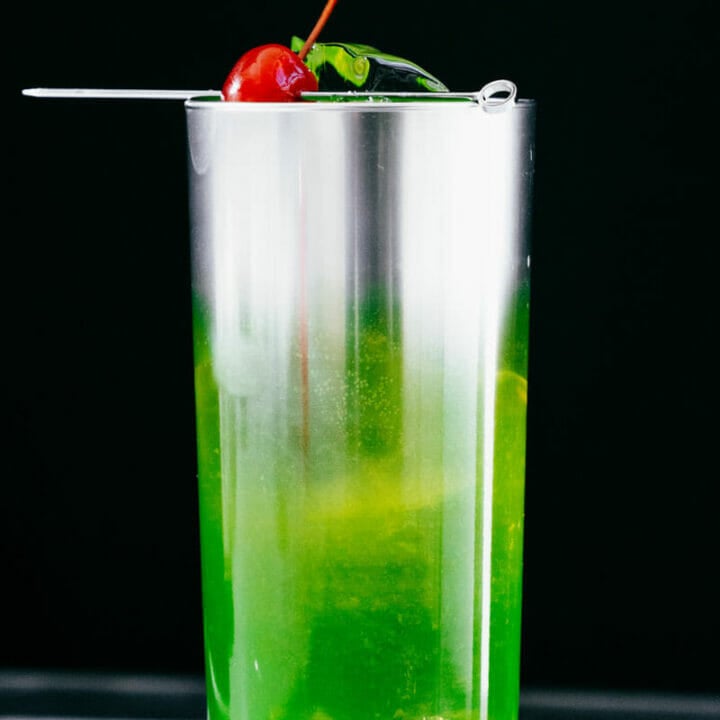 Here's a Midori cocktail that's a spin on the Long Island Iced Tea. Reserve your judgement until you taste this one. This is by no means a low-brow drink! It’s refreshing, zingy, and full of intriguing flavor with the contrasts of lemon, orange liqueur, and bright melon.

The Japanese Slipper is a sophisticated sweet and sour green cocktail with notes of melon and citrus. A true stunner!