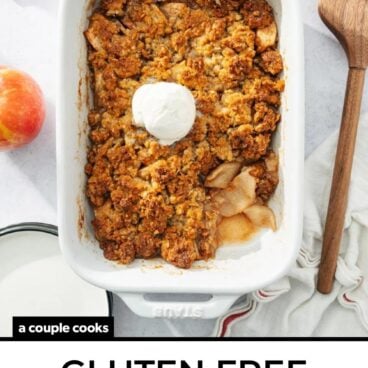 This gluten free apple crisp really is the best! The crumble topping is delightfully crunchy: no one would guess it’s gluten-free.

Looking for an incredible apple crisp recipe with no flour? Try our best Gluten Free Apple Crisp! In fact, it’s so good no one realizes it’s gluten-free. The crumble topping is deliciously crispy, topping a cozy, gooey layer of sweet tart spiced apples. Serve it up with melty vanilla ice cream and there’s really nothing better! We served this to friends and family who had no idea it had no flour. In fact, we might like it better than our standard apple crisp!

The secret behind the best gluten free apple crisp? Almond flour. In certain baked goods and desserts, almond flour works as a substitute for all-purpose flour. It’s particularly good in a crisp or crumble because it becomes crispy when baked! Here’s what you’ll need for this gluten-free apple crisp:

Almond flour and why it works

Almond flour is a common flour substitute in gluten-free baking. When used in baked goods, provides lends chewy texture and slightly nutty flavor. That doesn’t always work in things like cakes and muffins, but it’s perfect in a gluten-free apple crisp! Make sure to use almond flour here, not almond meal. Here’s the difference between the two:

Best apples for an apple crisp

And there are lots more! Avoid varieties like Gala, Fuji or Red Delicious: they don’t perform well in crisps and crumbles.

This gluten-free apple crisp is one of our favorite fall and winter desserts, perfect for serving at Thanksgiving, Christmas or other occasions. Like most crisp recipes, it tastes even better topped with vanilla ice cream! This one is actually tasty enough to work without ice cream as well. But the contrast of rich cream against the sweet tart apples is perfection. Here are a few of our favorite toppings that work well with this recipe:

Made a big pan of gluten-free apple crumble and want to save it for later? This dessert holds up fairly well over time, making it ideal for room temperature storage, refrigerated and even frozen. Here’s how to store this crisp recipe: 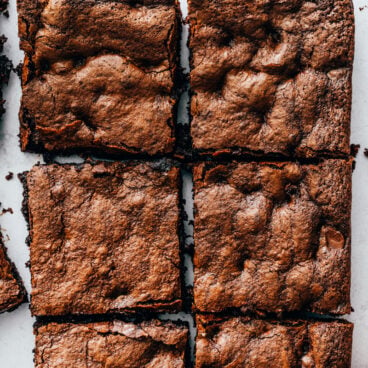 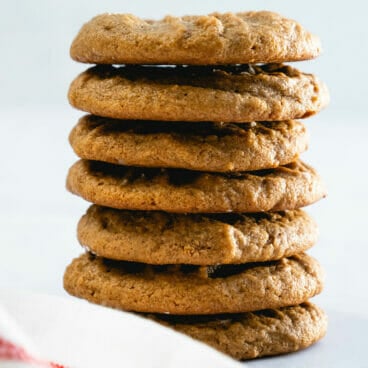 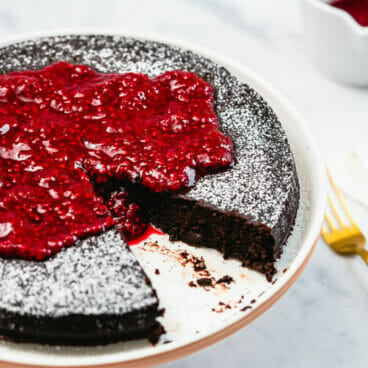 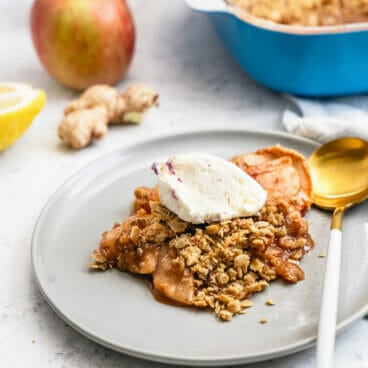 This gluten free apple crisp really is the best! The crumble topping is delightfully crunchy: no one would guess it’s gluten-free.