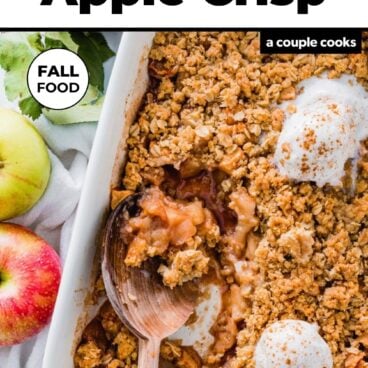 Cakes, cookies and brownies are easy to pass up for us. But crisp? Give us a good old apple crisp and we’re sure to cave! This apple crisp recipe with oats is absolutely classic, harnessing all that cozy nostalgia of the season. The crumble topping is the ideal texture: crispy but not crunchy, and buttery but not soft. The fruit layer below will make your heart sing: cinnamon, a hint of ginger and allspice set off just a hint of orange and lemon zest.

Best types of apples for an apple crisp

The best apples for an apple crisp recipe? Firm, crisp cooking apples. A sweet tart apple yields the best flavor, because the acidity makes the flavor pop. (Acidity is to desserts what salt is to savory food: we’ll get to that more later!). Here are a few of the varieties that shine in a basic apple crisp recipe:

Even better, use a mix of apples! You can infuse even more nuance in flavor by using different varieties. We like to use a mix of Golden Delicious and Jonagold, which are easy to find apple picking here in Indiana.

How to core and chop apples…fast!

When you go to make the filling for this apple crisp recipe, you can ditch that apple corer and slicer. (In fact, we finally threw ours in the trash.) Why? Use this easy way to cut apples, which is so much faster:

Cut and apple this way, and it’s just as fast as with an apple corer. (Of course, if you have one of those fancy apple-corer-peeler-slicers, use that instead).

Keys to this apple crisp recipe

This apple crisp recipe with oats is pristine: it’s just what you’d expect in a classic, but a little bit elevated. Here are a few notes on what makes it so divine:

Customize the sugar to taste

This apple crisp recipe has a little variation on the sugar level in the filling. Here’s what to know:

You might think vanilla ice cream when it comes to apple crisp, and that’s fantastic. But here are a few other options for getting creative:

Want to save leftovers of this apple crisp? Here’s what to know about storage:

There are so many apple recipes to try once you’ve made apple crisp! Here are a few more apple desserts to try: 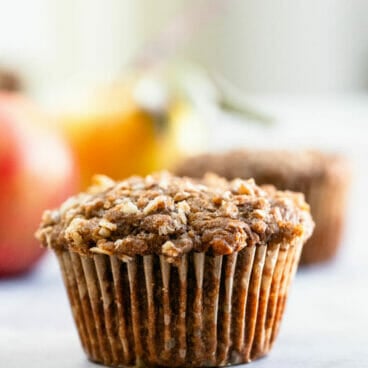 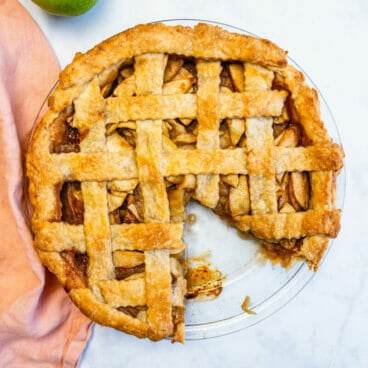 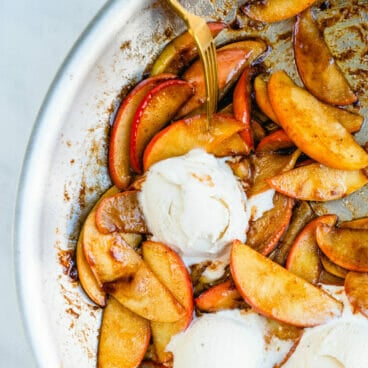 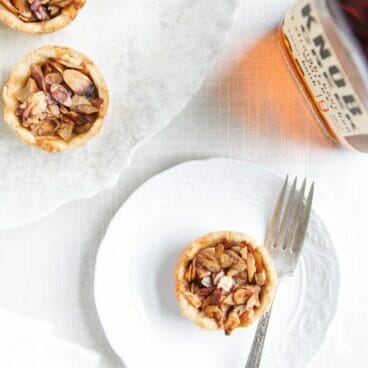