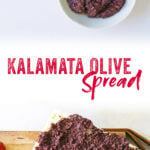 Want to up your sandwich game? This Kalamata olive spread (also called tapenade), is used in Italian cuisine to add big flavor to crostini and sandwiches. 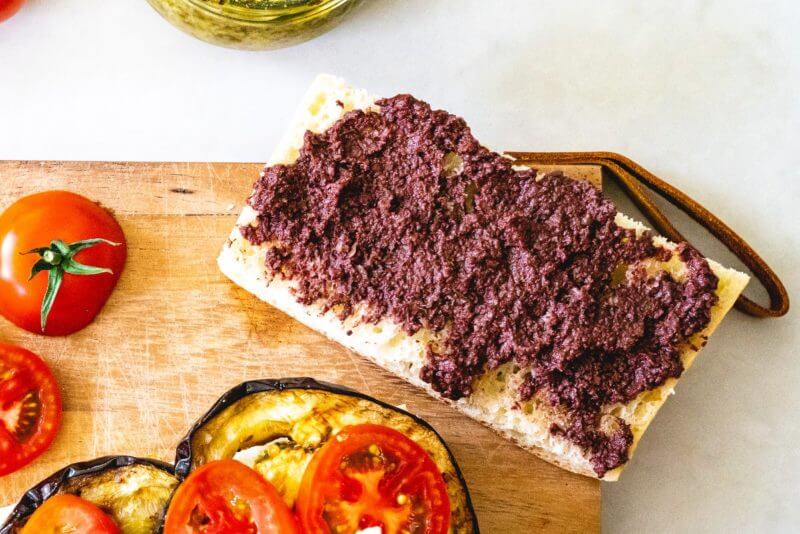 A few weeks ago Alex and I got back from a trip to Italy, Croatia and Spain filled with inspiration. Because we find that as full-time recipe developers, we get our best inspiration when we leave our kitchen. Sticking to the daily grind helps with checking the boxes on the To Do list, of course. But going on an adventure opens your mind to new possibilities and ways of thinking! Perhaps you feel a similar rub in your career, or personal life. Whatever the case, we hoped this trip would leave us with a refreshed perspective. It absolutely did, and here’s one recipe to prove it: this Kalamata olive spread. Now, before you say: But I don’t like olives! Keep reading. 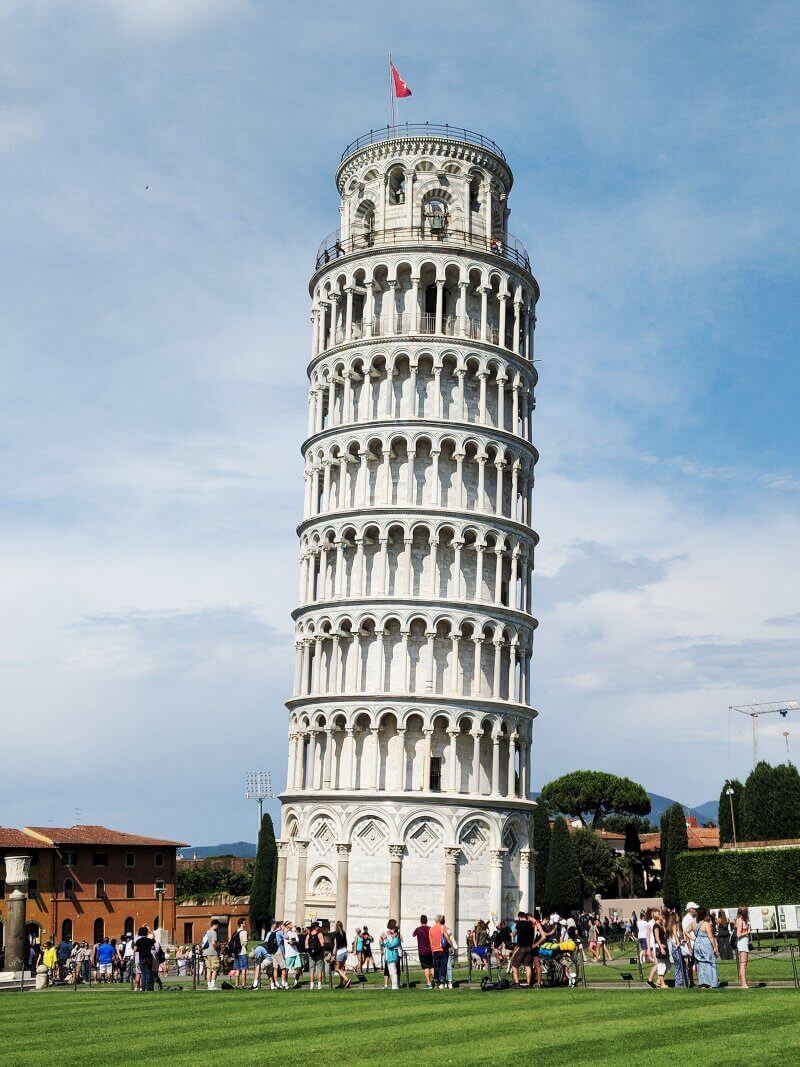 The place of inspiration: Pisa, Italy. As in, the “Leaning Tower of”. Alex and I had been to Italy before this trip, but had never stopped at the Leaning Tower. We were scared away hearing it was overwhelmingly touristy. For this trip though, it was so nearby that we figured it couldn’t hurt to stop. When we arrived, even knowing it would be tourist central I was shocked. People from every country in the world were here! And taking photos of themselves holding up the Leaning Tower. Sigh. However, the surrounding town of Pisa is quite charming. After we got our fix, Alex whisked us away to a little sandwich shop off the beaten path. It was small, the owner made our sandwiches himself, and they were GOOOD. With flavors like Pecorino pear honey walnut arugula, or cappicolo, pecorino, artichoke, olive spread. Just a few steps off the main plaza, hidden from tourists, but real, good, whole, delicious, high quality ingredients.

What is Kalamata olive spread?

Now, what’s kalamata olive spread? Olive pastes and spreads are often used in Italian cuisine, on crostini, on sandwiches, or even in salads. Oddly enough, there’s no single term in Italian for spread. You may have heard the term olive tapenade, which is what I thought this was. However, olive tapenade refers to a specific type of olive paste that originated from Provence, France, made with black olives, olive oil, capers, and anchovies. So, this recipe is not technically olive tapenade, though it’s in the same family! 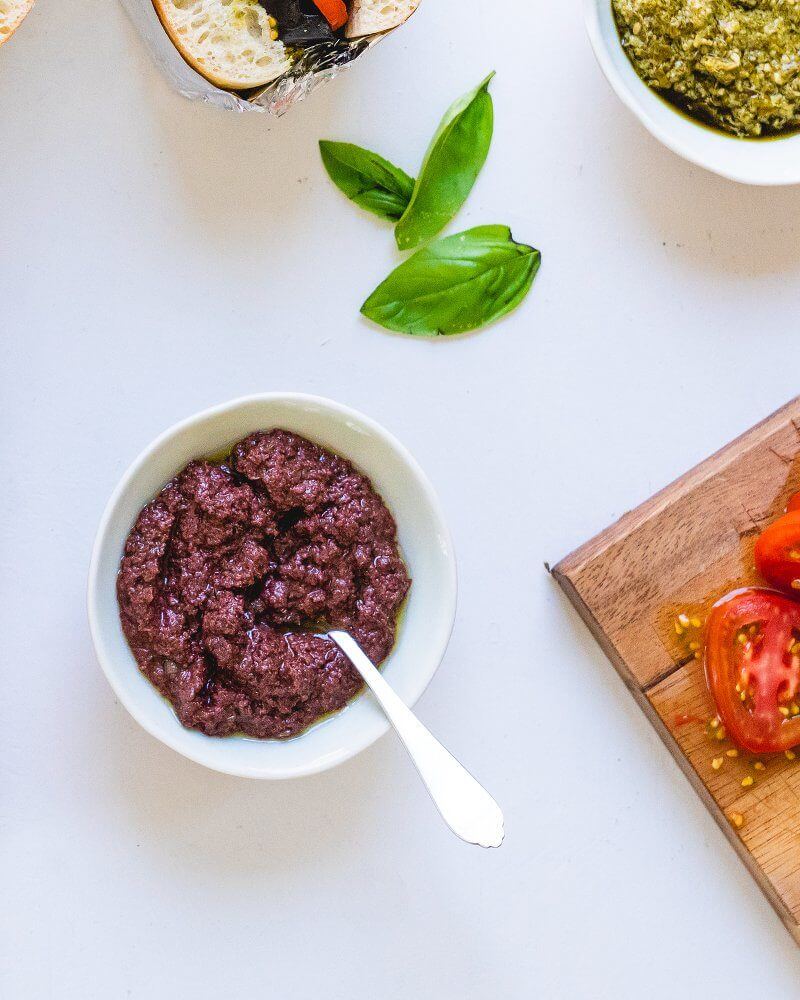 How to make kalamata olive spread

A few notes about our Kalamata olive spread: since a little goes a long way, we didn’t want you to make a massive quantity. Our recipe is for just ½ cup. To blend such a small quantity, we recommend using an immersion blender, mortar and pestle, or small food processor. You could also double the recipe and make it in a large food processor or blender, scraping down the sides as necessary. It’s simplest using pitted  Kalamata olives for this Kalamata olive spread. We’ve added just a bit of red wine vinegar and oregano to make the flavors pop.

To store the Kalamata olive spread, just place it in a sealed container in the refrigerator. It should store indefinitely. It’s perfect to add a salty, savory flavor to crostini, pizza, and sandwiches. It’s featured on our Tomato & Eggplant Stacked Sandwiches, which also features a delicious basil pesto (or use easy vegan pesto).

Outside of this Kalamata olive spread, here are a few other olive recipes from A Couple Cooks:

This Kalamata olive spread (also called tapenade) is used in Italian cuisine to add big flavor to sandwiches. It’s one of our simplest olive recipes!

*You can also double the recipe and make it in a large food processor or blender, scraping down the sides as necessary.