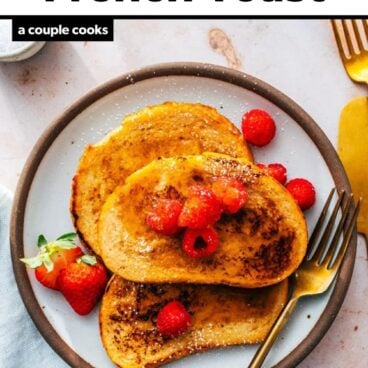 This vegan French toast recipe is full of flavor using simple ingredients! Whip it up as an tasty way to start the day.

Craving French toast but want it plant-based? Try this Vegan French Toast recipe! Turns out, can you easily skip the eggs in this classic breakfast recipe without the need for fancy ingredients. That’s right: no egg replacers: just simple ingredients you already have on hand! The texture and flavor come out perfect: gooey, custardy, and lightly crisped on the outside, spiced with cinnamon and a hint of nutmeg. Our family couldn’t resist this one (and no one missed the eggs). Ready for all our secrets?

The main ingredient in French toast that makes the custardy texture? Eggs. Eggs can be difficult to replace in vegan recipes because they have multiple functions: they act as a binder and add a rich texture and flavor to dishes. Many vegan baked good recipes use a flax egg as the binding agent, and often vegan breakfast recipes use tofu as a stand in for scrambled eggs. Luckily with French toast, you don’t have to use either! Here’s what you need for vegan French toast:

The custardy texture of French toast can be achieved with simple plant-based ingredients instead of eggs: non-dairy milk, flour, and coconut oil. The milk stands in for the liquid, the oil adds richness to the flavor, and the flour adds a fluffy texture to the exterior of the bread. These simple ingredients make a convincing stand-in for the real thing. While it lacks a bit of the richness of the standard French toast, it’s unnoticeable if you’re not comparing both side by side.

How to make vegan French toast

Once you’ve gathered all the ingredients, making vegan French toast is nearly identical to making the standard version. Here’s what to do:

The best way to serve French toast is a simple drizzle of pure maple syrup and a dusting of powdered sugar. But you can get more creative, too! We personally love it drenched in cinnamon sugar a la this cinnamon French toast. Here are a few ideas for vegan French toast toppings: 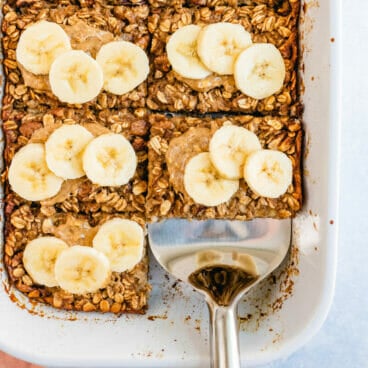 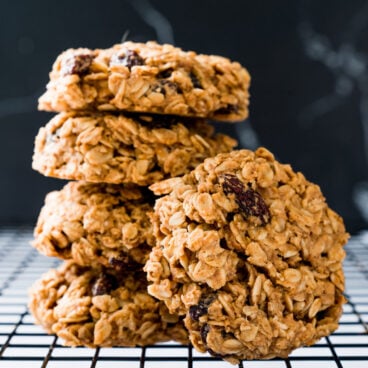 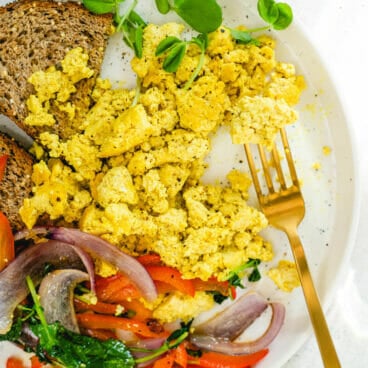 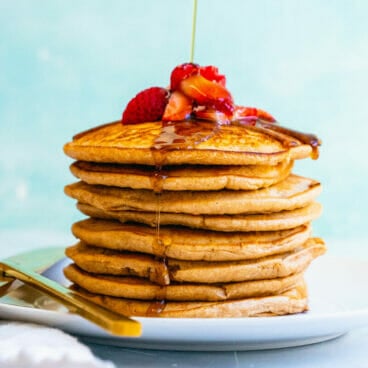 This vegan French toast recipe is…

This vegan French toast recipe is full of flavor using simple ingredients! Whip it up as an tasty way to start the day.