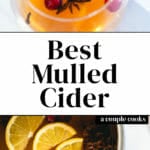 Mulled cider is the very best cozy drink! Infused with spices like cinnamon and cloves, you can make it in a slow cooker or on the stove.

Here’s a recipe for gray days and chilly evenings by the fire: mulled cider! Not only will it lift your spirits, it makes your kitchen smell like a candle shop. Alex and I made it for friends the other day, and instantly everyone gathered around the pot, chattering and cupping their hands around the warm mugs. Yes, it cultivates community too! Mulled cider is great for entertaining (like Thanksgiving and Christmas), and it’s easy to make on the stove or a slow cooker. Ready to get started?

What are mulled cider spices?

Mulled cider is made with whole spices, which infuse the entire drink with that signature cozy flavor. If you taste straight apple cider, you’ll find the flavor is crisp and apple forward. But after simmering with mulling spices, the flavor blossoms into something warm and spiced. Because dried and ground spices would end up making the drink cloudy, you’ll use whole spices for the simmering. Mulled cider spices include:

Star anise is the most unique of all these mulled cider spices. It’s star-shaped and is available at most grocery stores. If you can’t find it, you can also buy star anise online.

While mulled cider isn’t rocket science, there are a few things to keep in mind when making this cozy drink. Here’s what makes this recipe your new go-to:

There are a few different ways to make mulled cider: each have pros and cons! Here’s a breakdown:

This mulled cider is fabulous on it’s own, but you can step it up by stirring in rum at the end! The rum adds a bit of warmth and takes it to another level. Spiked mulled cider is the perfect party drink! If you’re serving a party where not everyone is drinking, you could also leave out the rum and let guests add a splash to their own drinks. The quantity in the recipe below adds only ½ tablespoon rum per glass: so all you need is a small swig!

Looking for more cozy drinks like this one? There are so many great fall cocktails and winter drinks to try. Some of our favorite warming drinks for the season are: 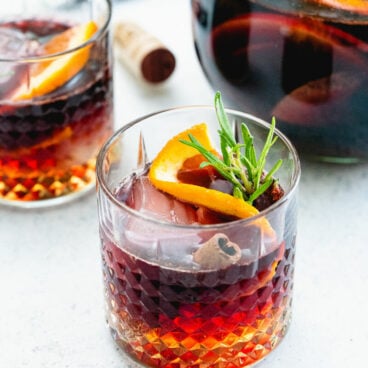 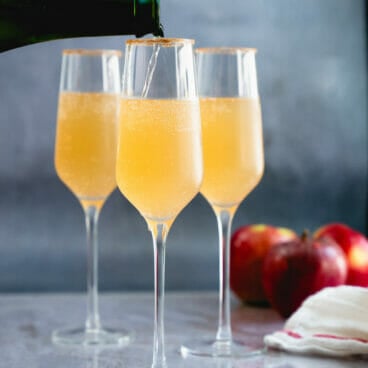 This mulled cider is…

Mulled cider is the very best cozy drink! Infused with spices like cinnamon and cloves, you can make it in a slow cooker or on the stove (and enjoy that aroma!).

*Doubles easily, and fits into a standard slow cooker or Instant Pot.