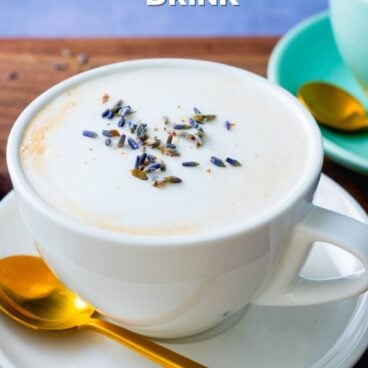 Here’s how to make a London Fog drink at home! This Earl Gray tea latte is scented with a hint of lavender.

There’s no better antidote to a cold day than wrapping your hands around a steaming latte. Here’s one to add to your homemade tea latte repertoire: the London Fog! This latte with Earl Gray tea is sweet and creamy, with the gentle essence of honey, vanilla and lavender blossoms. It’s a total treat! Don’t want to venture out to your local coffeeshop? This recipe is part of our Barista Series where we show you how to make all of your favorite tea and coffee drinks…homemade!

What’s in a the London Fog drink?

The London Fog is a tea latte that consists of Earl Gray tea, milk, and vanilla syrup (or honey). Most modern versions of the drink also include lavender, added by Starbucks when it incorporated the drink into its menu.

Who invented the London Fog? The drink was born in 1997 at Vancouver’s Buckwheat Café, when a pregnant woman named Mary Loria asked for a latte with Earl Gray tea. Other coffee houses try to claim the drink, but Mary claims she was the original, though it’s unknown who came up with the drink name (read more here). Here’s what you’ll need for this spin on the London Fog:

The best milk for a London Fog

The best milk for a London Fog? Whole milk. The milk fat is what makes the frothiest foam and gives a latte a rich, creamy flavor. Whole milk is our top choice for the London Fog, but there are a few alternatives including a non-dairy option:

The one thing that’s standard about a London Fog drink? Earl Gray tea, a popular British tea blend flavored with bergamot. It tastes floral, with a distinct citrusy finish. It’s perfect for combining with the delicate flavors of lavender and honey! You can use a tea bag or loose tea for this recipe. You’ll need either:

Where to find dried lavender buds

Most London Fog recipes include dried lavender, but it wasn’t included in the original form of this drink. It’s an addition made by Starbucks, but it’s become the most popular way to make a London Fog because the flavors really work. The floral lavender fits perfectly against the citrusy Earl Gray tea and cozy vanilla.

Where to find dried lavender? Look in the spices aisle at your local grocery. Most spice sections have jars of culinary lavender. (Use leftovers for Lavender Tea, Lavender Lemonade or a Lavender Gin Cocktail!)

Steaming vs frothing the milk

The most important part of a London Fog drink? Deciding how you’ll steam or froth the milk! There are two options and they depend on the equipment you have on hand:

How to make the London Fog drink (basic steps!)

Once you’ve compiled all the ingredients and equipment, making a homemade London Fog drink is simple. Here’s what to do:

That’s it! Let us know what you think of this homemade London Fog in the comments below! 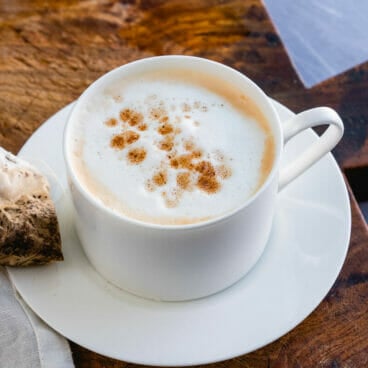 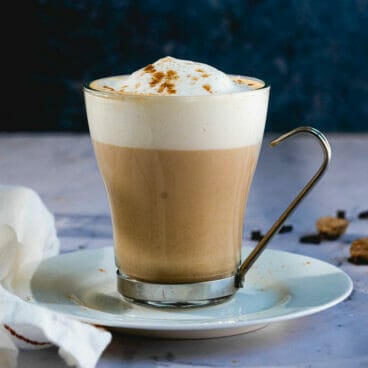 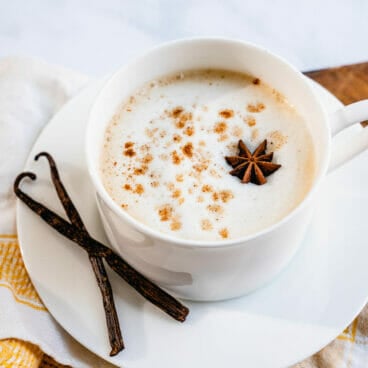 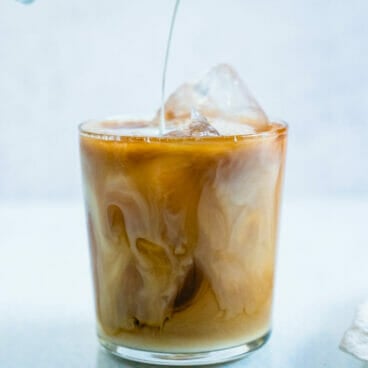 Here’s how to make a London Fog drink at home! This Earl Gray tea latte is scented with a hint of lavender.