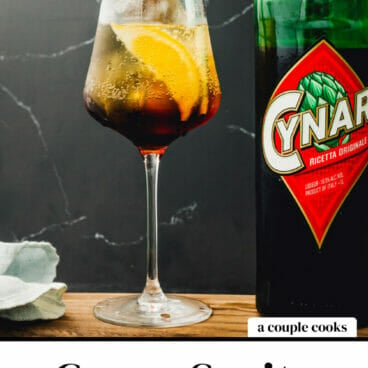 Once summer rolls around, the Spritz is where it’s at! Here’s a new spin on this favorite concept: the Cynar Spritz! It features Cynar, the popular Italian bitter liqueur for a drink that’s bubbly, bittersweet, and refreshing as all get out. Cousin of the ubiquitous Aperol Spritz, the Cynar Spritz is what true connoisseurs sip. It’s got a nuance in flavor that’s much more intriguing than the sweet, citrusy orange standard.

The Cynar Spritz is cousin of the classic cocktail, the Aperol Spritz or Spritz Veneziano. The concept of a spritz is hundreds of years old: it was invented back in the 1800’s in Italy as a way to water down wine. It wasn’t until the 1950’s that the Aperol spritz took the form it has today, with sparkling wine and soda water. The Cynar Spritz uses Cynar in place of the Aperol. Cynar is another type of Italian amaro, which we’ll get to later. Here’s what’s in a Cynar Spritz:

Cynar is an amaro, part of a family of Italian herbal liqueurs that taste bitter (amaro means “bitter” in Italian). The most famous is the ultra-bitter Campari, and at the other end of the specturm is citrusy sweet Aperol. Cynar is somewhere in the middle, with other amari like Averna or Meletti. Here are more specifics on Cynar:

The classic spritz ratio is present in all spritzes, from Aperol to an amaro spritz like the Cynar Spritz. The basic idea? 3 parts sparkling wine, 2 parts liqueur, 1 part soda water. Once you’ve memorized this ratio, you can use it to make endless variations of spritzes. You can do them with any type of liqueur. Keep reading for some ideas…

Ways to step it up!

The Cynar Spritz is really a matter of pouring everything into a glass! If you really want to take it over the top, try the following:

Even easier, make it a Cynar Spritzer!

Want an even easier spin on the Cynar Spritz? The Cynar Spritzer! It might sound the same, but to us the spritzer is key to summer sipping. All you need is soda water! Skip the spendy Prosecco in favor of just Cynar and sparkling water. Start with a ratio of 50/50, then adjust to taste.

There are lots more spritzes in the family! Here are a few more spritz recipes to try: 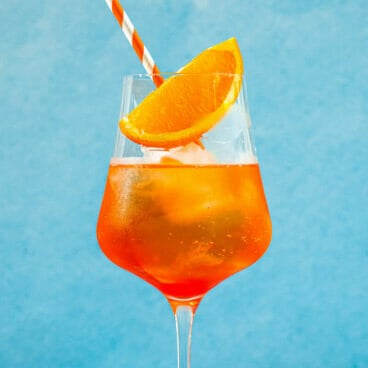 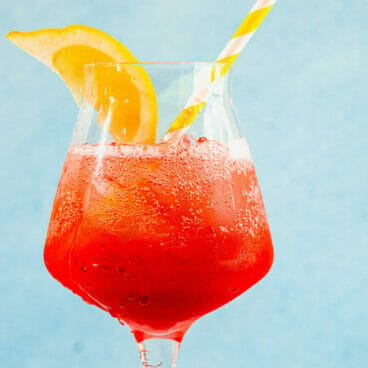 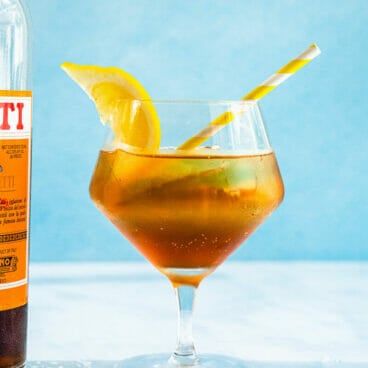 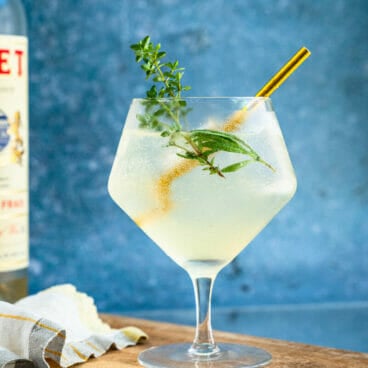