Add these peanut butter popsicles to your list of vegan desserts and peanut butter recipes! They have a vegan chocolate drizzle and edible glitter to top it all off. 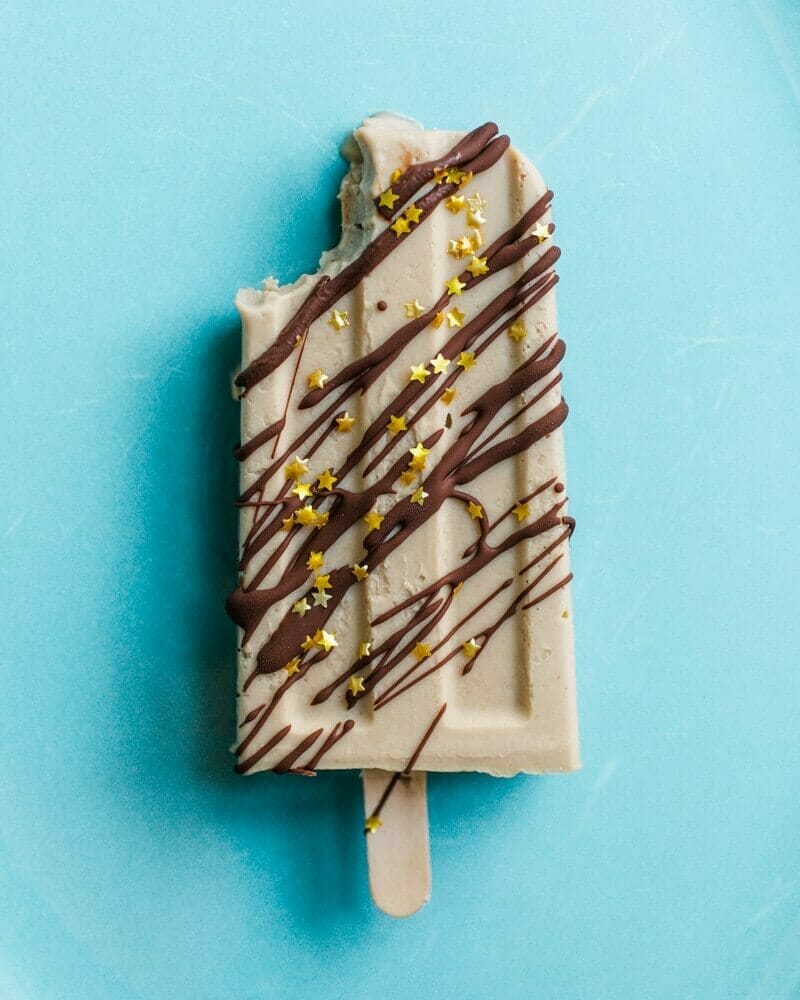 After becoming parents recently, there are lots of things we’ve started to ponder. One of them is how simple things can seem so special when you’re a kiddo. Case in point: growing up, my family had a dark blue and white plate with “You’re the Best” scrolled across the top, complete with a red heart. Mysteriously and without any foreseeable pattern, You’re the Best would occasionally show up at someone’s place at dinner. Perhaps it was their birthday, or maybe they accomplished something great that day. Or maybe it appeared at your place at the table for no reason at all, just because. Whatever the case, it kept my sister and I guessing. And if our mac and cheese showed up on You’re the Best, well, then that was THE BEST DAY EVER.

Now that I’m mama to Larson, my mind is spinning thinking of those simple things that make childhood special. Like a free balloon from a restaurant, or going swimming at Grandma’s. Or Friday pizza night. You’re the Best showing up for no reason at all. Or, eating creamy delicious popsicles on a hot day.

These chocolate drizzled peanut butter popsicles were created as just that: a simple pleasure that makes life seem more special. They’re in honor of Popsicle Week, a collection of new delicious popsicle recipes from all over the web compiled by Billy Green of Wit and Vinegar.

In our recipe, we’ve used something that also would have made kid-me jump for joy: edible glitter. If I had edible gold stars sprinkled on my popsicle 30 years ago, it most definitely would have been THE BEST DAY EVER. As a real food / whole foods-focused food blog, you might think edible glitter is a bit outside of the parameters. You’re correct! However, our food philosophy also includes all things in moderation, including non-real food. Which in turn, makes edible glitter all the more special if it’s only used once in a blue moon. 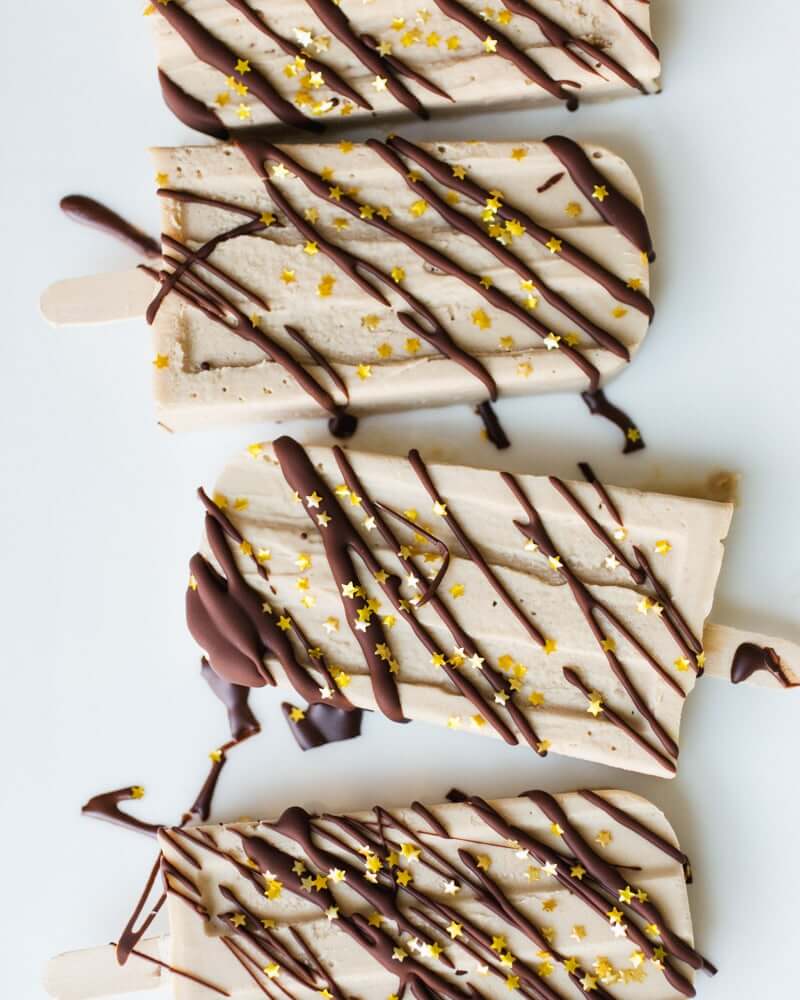 Why these peanut butter popsicles are so great:

Happy eating! Here’s to popsicles making it the best day ever.

Head over to the Popsicle Week page!

As noted above, we’re not vegan, but we enjoy making vegan recipes and serving them to friends who are. Vegan desserts have become a bit of our specialty; we love making creamy vegan ice cream as an alternative to the full-dairy stuff. A few of our favorite vegan desserts:

Peanut butter is a mainstay in our house, and it’s not just for PB&J. Here are a few of our favorite peanut butter recipes, both sweet and savory:

Did you make this recipe?

If you make these chocolate drizzled peanut butter popsicles, we’d love to hear how they turned out. Leave a comment below or share a picture on Instagram and mention @acouplecooks.

Add these peanut butter popsicles to your list of vegan desserts and peanut butter recipes! A chocolate-shell style drizzle and edible glitter top it off.

This made one extra popsicle that did not fit into our 10-popsicle mold. If you have additional molds or smaller molds, you can freeze the extra amount (we tossed ours).