Overcoming Fear of Failure in the Kitchen 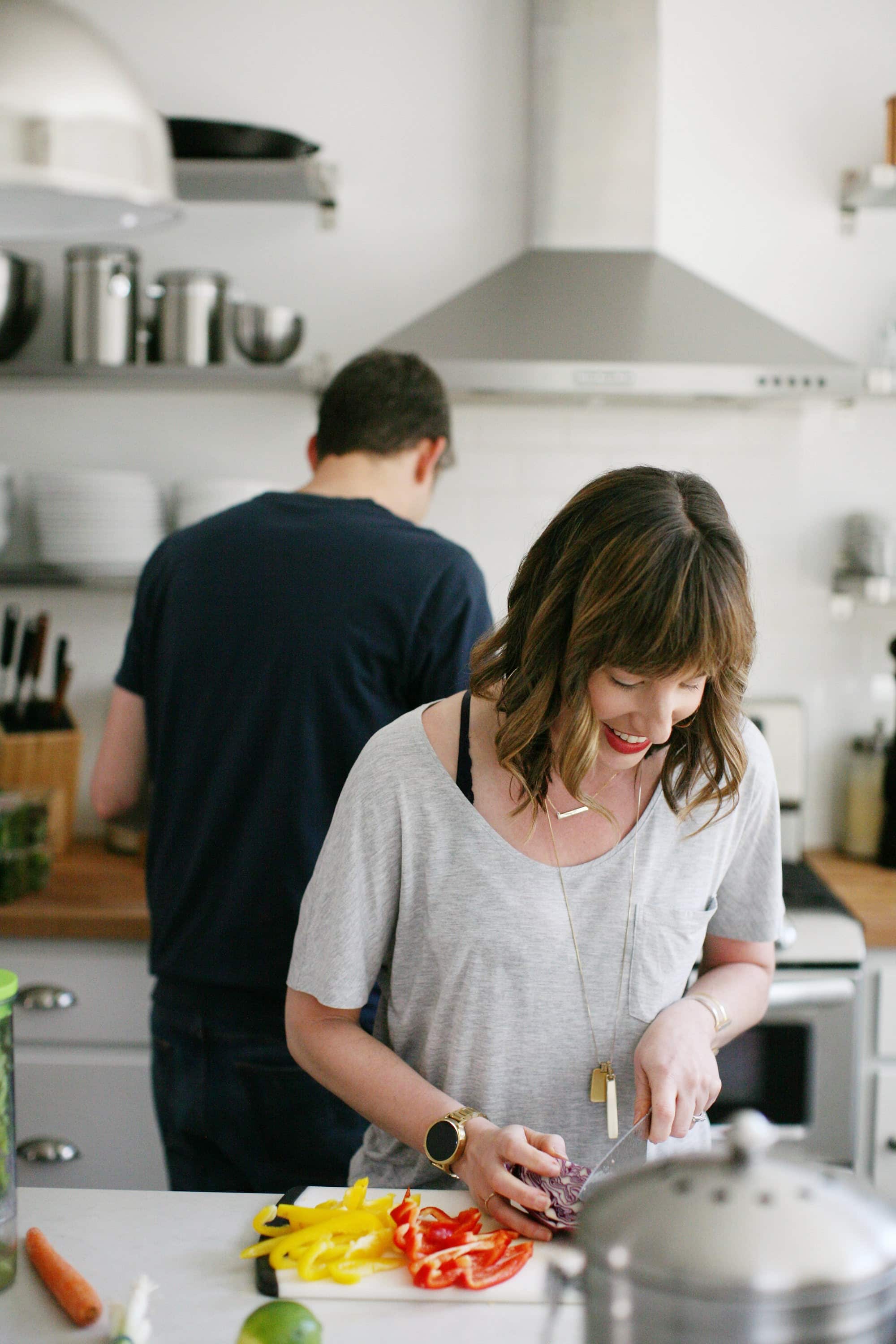 Overcoming fear of failure in the kitchen is part of our Healthy & Whole series to inspire a lifelong passion for home cooking and a sustainably healthy lifestyle. See the entire series here.

Let’s face it: cooking is scary. No matter how inexperienced or skillful you are, there’s loads of room for failure. When we first started out, fear of failure almost paralyzed me: I couldn’t bear to start something I already knew I wasn’t good at. “I can’t cook” was my motto, so trying it was a recipe for disaster. After I began to gain a bit more experience in the kitchen, the process was just as humbling. Yes, maybe I knew more, but now I appreciated the variability of it all: on any given day, the weather might be different, my ingredients might be different, and I might have a whole set of new distractions, making the recipe I made perfectly yesterday a failure today.

And that’s the nature of cooking — it’s an imperfect, variable thing that takes experience in the School of Hard Knocks to pull off. For example, embarrassing story: Alex and I recently had a couple over for dinner. In the midst of cooking up a storm, we answered the door and poured some wine for our guests. After a few minutes of amiable chatting, I remarked, “Does it smell like smoke in here?” To our dismay, the croutons I had intended to broil for 2 to 3 minutes were now engulfed in flames! Alex removed them from the oven in an elaborate gesture, holding a tray of 2 foot flames with me frozen in fearful laughter on the sidelines. (We re-tell this tale in our latest podcast Episode 23, if you’d like to hear more.)

All that to say: even after 8 years of cooking together, our kitchen is still ripe for failure. And you know what? We wouldn’t have it any other way. As Julia Child said, “Cooking is one failure after another, and that’s how you finally learn.” It’s how we learned not to put croutons in the broiler (try the oven, it takes longer but is more foolproof). How we learned not to put a pizza stone on the grill (yeah, it breaks), and that butternut squash that’s been in your pantry for 6 months is too dry to serve to guests. Thankfully, our guests have all given us loads of grace — and we’ve learned to give it to ourselves, too.

One of the largest obstacles between a person and a home-cooked meal is not simply free time or money: it’s fear of failure. What if it doesn’t work out? What if I can’t do it? Don’t worry; overcoming fear of failure in the kitchen is attainable with the right mindset. Just as with anything in life, recognize that you will fail. And failure itself is not bad! It’s what you make of the failure that makes the difference. So laugh it off, make sure to have ingredients for grilled cheese in the pantry and fridge as a backup, and think about how well lessons learned the hard way stick. Because I know we’ll never put croutons in the broiler again!

How about you? Do you have any embarrassing kitchen disasters to share?

Also: podcast Episode 23 starred Martha Collison, of The Great British Baking Show fame! Check it out at our podcast page or search “A Couple Cooks” in your favorite podcast app.

Video source: Julia Child – “Don’t be afraid of failure in the kitchen” from The Herbangardener on Vimeo.
Photographs by Caitlin Sullivan. 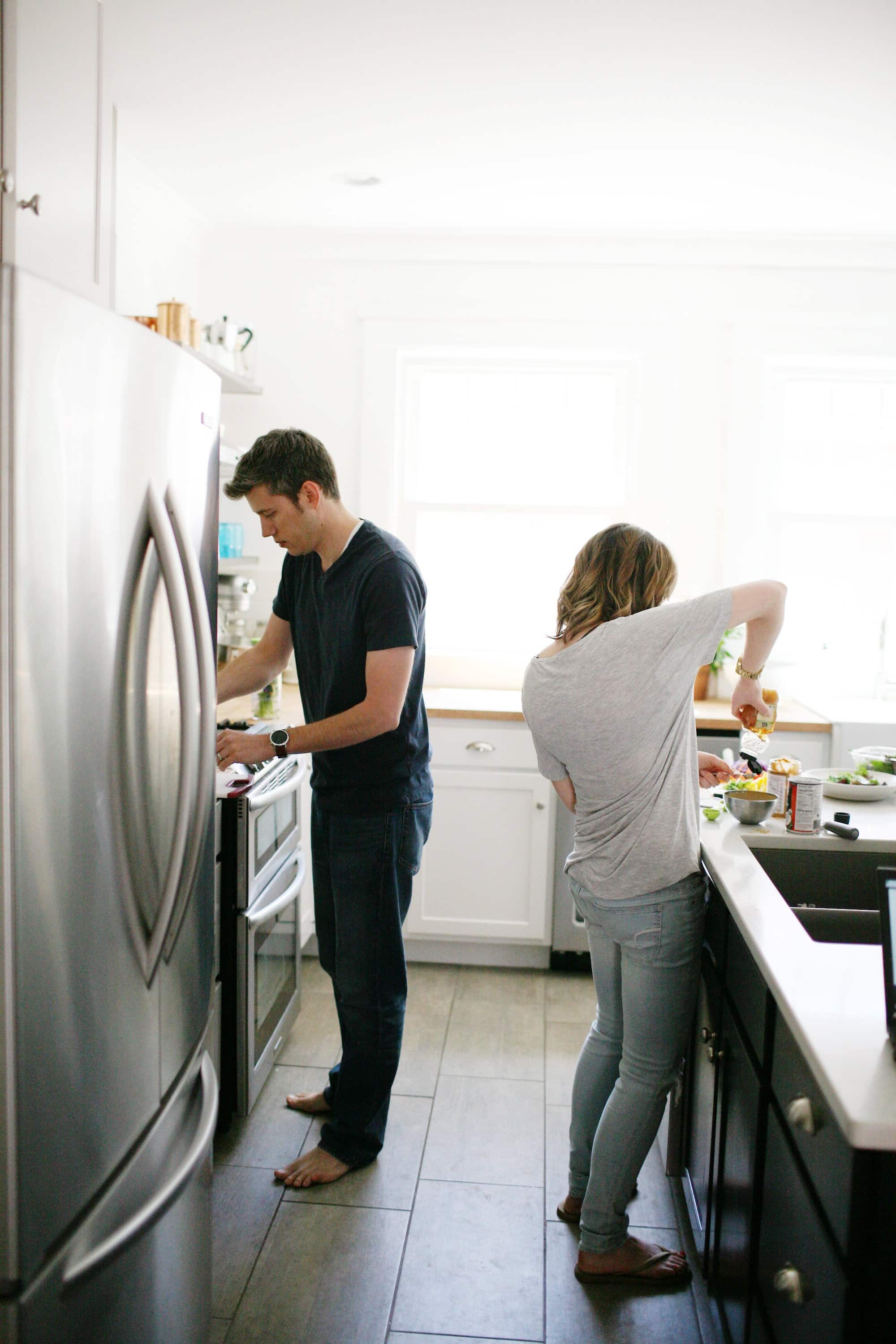