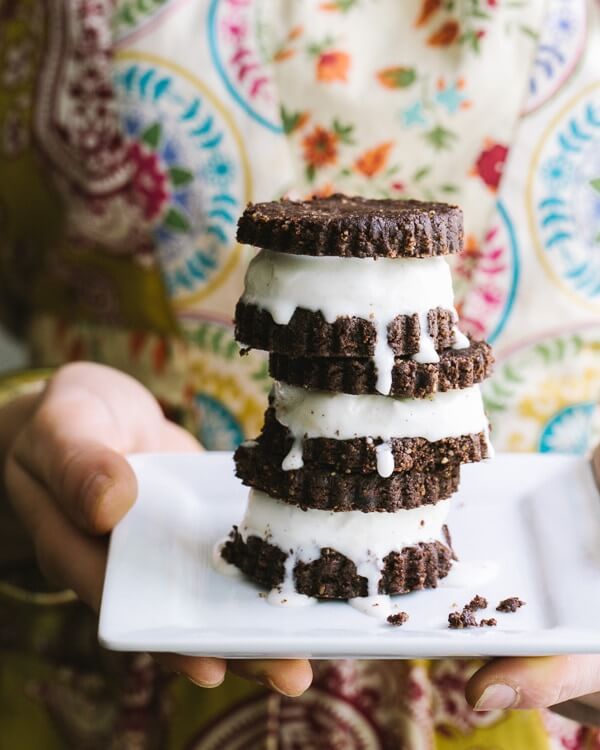 In our Healthy & Whole series, we’ve been talking about barriers to embracing healthy eating: no time, fear, and lack of inspiration. Now, we’d like to tackle some more personal barriers, starting with guilt.

Guilt and food are so intertwined in American culture, it’s hard to know where one ends and the other begins. How often have you heard a conversation about food that starts with, “I really shouldn’t have eaten that [brownie, cookie, ice cream, french fries]! I’ll go to the gym tomorrow to make up for it.”

My examination of guilt in my life started around the time that Alex and I decided to be more thoughtful and intentional our eating habits. I began to realize how long I had lived out of a paradigm of guilt — for example, I ate out of an obligation to eat what I thought was “healthy”. I started counting calories, and then became guilt-ridden when I ate more than my daily allotment. I would turn to comfort food when I felt emotional, feel guilty, and then eat more to make myself feel better.

Outside of eating, I also lived out of guilt in decision-making. I would become paralyzed from making a decision because I was already guilty that I would make the wrong choice. I did certain things because I felt it was my “duty”, just to avoid the guilty feeling afterwards. I would try very hard in relationships, and then be guilty that I wasn’t measuring up as a good friend, daughter, or spouse.

Once Alex and I began to realize how much guilt can become a burden in both food and daily life, we decided to take a stance on guilt and start removing it from our vocabulary.

We intentionally try not to talk about guilty pleasures. Instead, we focus on freedom. Since we’re free to make our food choices, there’s no need to live out of guilt. We eat whole foods not because we should, but because we love them. There’s room for the occasional splurge because there are no rules.

Believe me, it’s taken me years and years to get here. Food and guilt used to have strong control over me. But little by little, I’ve been learning how to embrace eating with a new-found freedom – the freedom to wholeheartedly enjoy delicious, whole foods, the freedom to embrace splurges in moderation, and the freedom to give myself grace and truly love myself and the choices I make.

How about you? Have you struggled with food and guilt? Do you see certain foods as “good” or “bad”, and does this hold you back from embracing a healthy way of eating?